As promised, Ubisoft’s Assassin’s Creed: Identity has started rolling out on the App Store. As of this writing, there’s a bit of a weird wrinkle though: We’ve scanned through a bunch of common iTunes regions and it seems like so far it’s only available in India? But, hey, at least you can check out the screenshots, right? It’s ₹ 300, which should be roughly $4.99 in the US App Store when it finally appears. 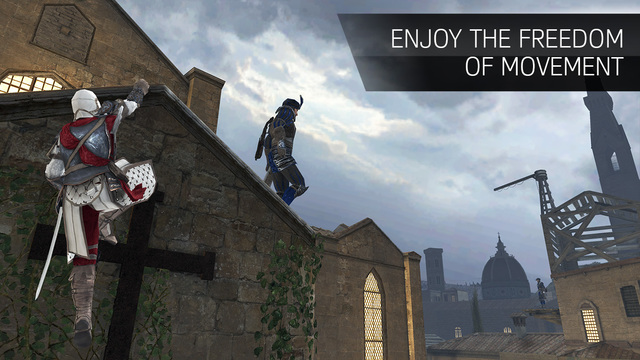 We’ve got a thread in the forums for the game, but so far everyone is just as confused as we are. Anyway, if you’re looking to grab this game when it appears tonight, it’s good to clean off some space on your iOS device. It’s a 1.15GB download which likely means you’re going to need at least 2.3GB free to install the game. Also, per the iTunes listing, the game does have IAP, but until it appears in other regions or someone materializes with an Indian iTunes account, it’s hard to say what that IAP even is.