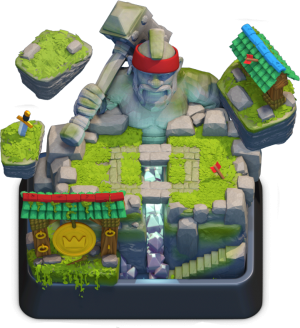 Reddit user spAnser has been on fire when it comes to having all sorts of inside information about what’s coming in Supercell’s currently soft launched Clash Royale. A little… too on fire, particularly considering how closely to their chest Supercell holds their cards when it comes to revealing information about future updates to any of their games. But, whatever, I guess it doesn’t matter a whole lot whether this is an actual leak or one of those wink-wink nudge-nudge “leaks" we see every now and again. According to spAnser, there’s new arena ranks, new trainers, new chests, new spells, and new cards coming to the game.

Allegedly, the new arena would sit in between Spell Valley and the Royal Arena and would be called the Builder’s Workshop, with it, will come some additional legendary card unlocks in chests. The new chests being added to the game are the “Giant Chest" and the “Super Magical Chest" which again probably fit somewhere in between the existing chest layout. A whole bunch of trainers are being added, which players are thinking is going to be Clash Royale’s single player component- Sort of like fighting against the goblins in Clash of Clans. 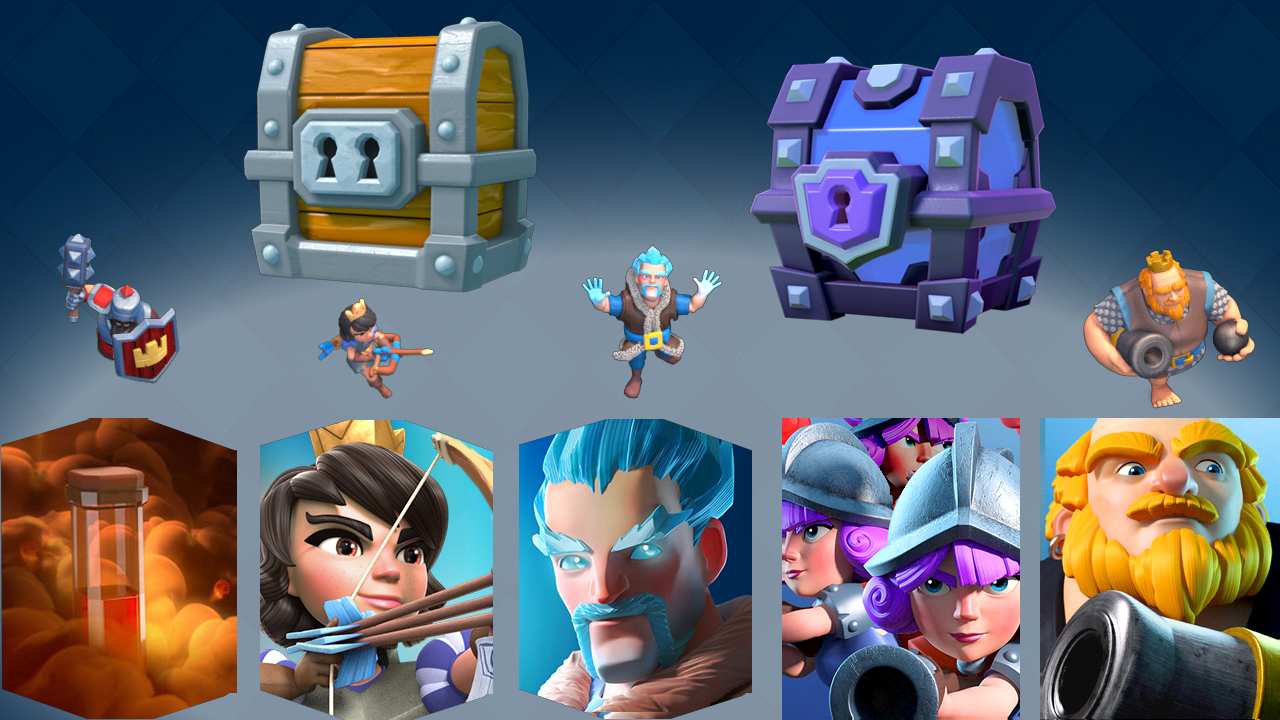 If spAnser is correct, the game is getting seven new cards in its next update, starting with a 4 elixir epic unlocked in Spell Valley which works like the existing spells in the game except you’re dropping a poison cloud. The Ice Wizard rumors are firming up a bit more, as the Ice Wizard is said to be a 3 cost legendary cart from Spell Valley. The Royal Arena is getting four new card unlocks, including the common 6 elixir Royal Giant, the legendary 3 elixir Princess, and the epic 4 elixir Guard and 10 elixir Three Musketeers cards.

The Ice Wizard is said to shoot ice shards at enemies, which work sort of like the existing freeze spell but automatically cast on units. The Royal Giant is another tank unit, but this one has a huge cannon that he targets enemy buildings with. The Princess is a supremely long-range unit capable of shooting flaming arrows half way across the arena, although she’s a bit of a glass cannon with only 240 HP. The Guard is said to do area effect damage with a huge hammer, while having a shield to block incoming damage. Last, but not least, the Three Musketeers spawn three Musketeer units, but at 10 elixir, is probably going to be pretty tricky to play. The last card revealed is the Flying Machine, but without any details beyond the somewhat obvious fact that it’s going to be another flying unit.

No word on when any of this is launching, and you could make convincing arguments for these new cards hitting the game before it launches, or as the first content update following the global release of Clash Royale in March. Normally I’d write something like this off as just someone with a wild imagination, but when you add the actual art into the mix, this is either an impressively elaborate hoax or a totally spot-on leak (or “leak").