I am a major fan of Orangepixel’s games. The solo developer should be remembered by history as a unique, standout artist, despite his games not being the kind of artsy-fartsy stuff you’d typically expect to be called artsy. But it’s because his games always have this unique touch to them in the art and gameplay that makes them feel unique compared to other games, even ones from consistent studios. The games having this consistent vision behind them is part of what makes them special. An Orangepixel game looks and feels like something only he could have made. 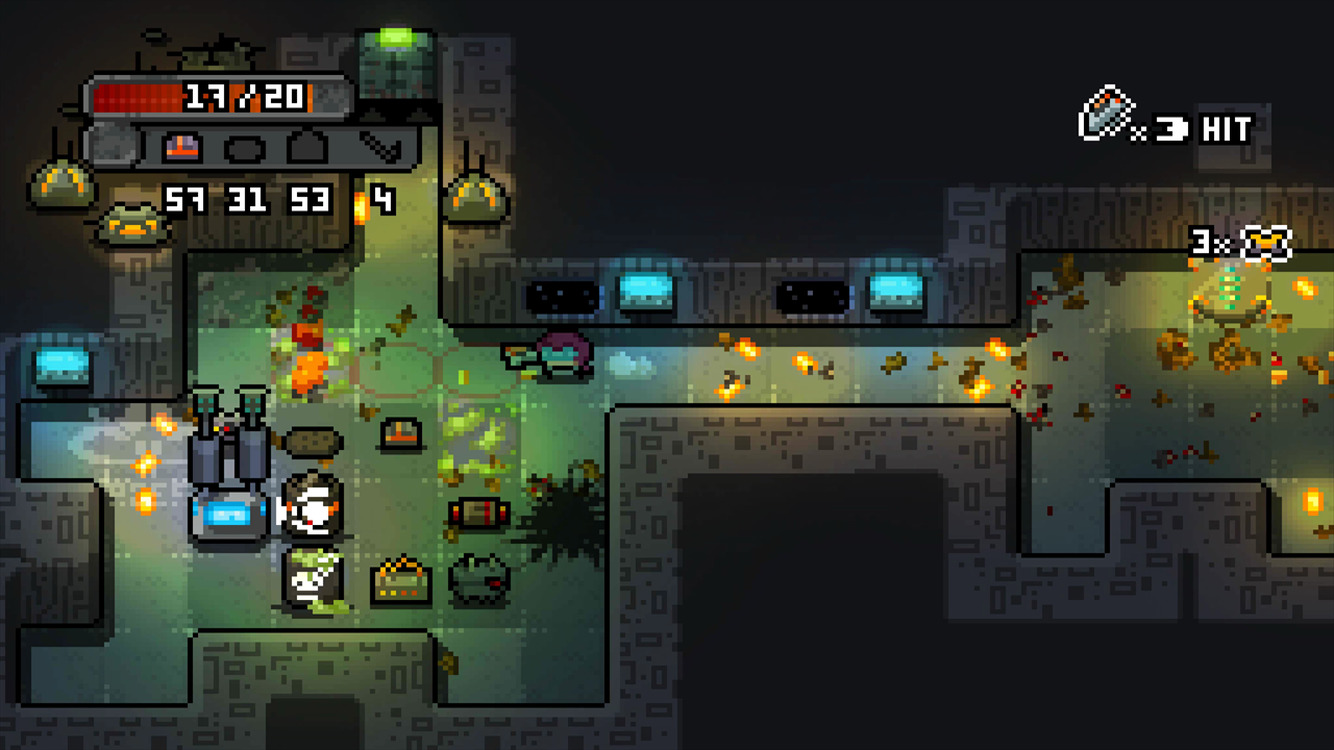 As such, Space Grunts ($3.99) continues this tradition. I wasn’t a huge fan of the earlier Orangepixel games, but it all felt like his stuff started to be a lot better around the time that Chrono and Cash ($1.99) rolled out. The feel of the games, the design, they all made subtle jumps from being well-intentioned, mildly-entertaining diversions, to being substantial games with clever design. And Space Grunts manages to improve on previous games to be another really cool experience.

Space Grunts, which I described in an earlier preview, manages to feel like a combo of Nuclear Throne and a turn-based dungeon crawler, without feeling like it abandons the speed of a real-time shooter. Part of this is because you can move fast through the world by just holding down, so the empty parts of the game move by with swiftness. But the crowded parts, where you need to be smart, allow you to slow down and think about them. You get to think about which weapon is the best to use, where you should move to in order to be in the best position to minimize or reduce the harm that would come to you. This is a turn-based game for people who don’t like turn-based games, and a roguelike shooter for people who hate roguelike shooters. 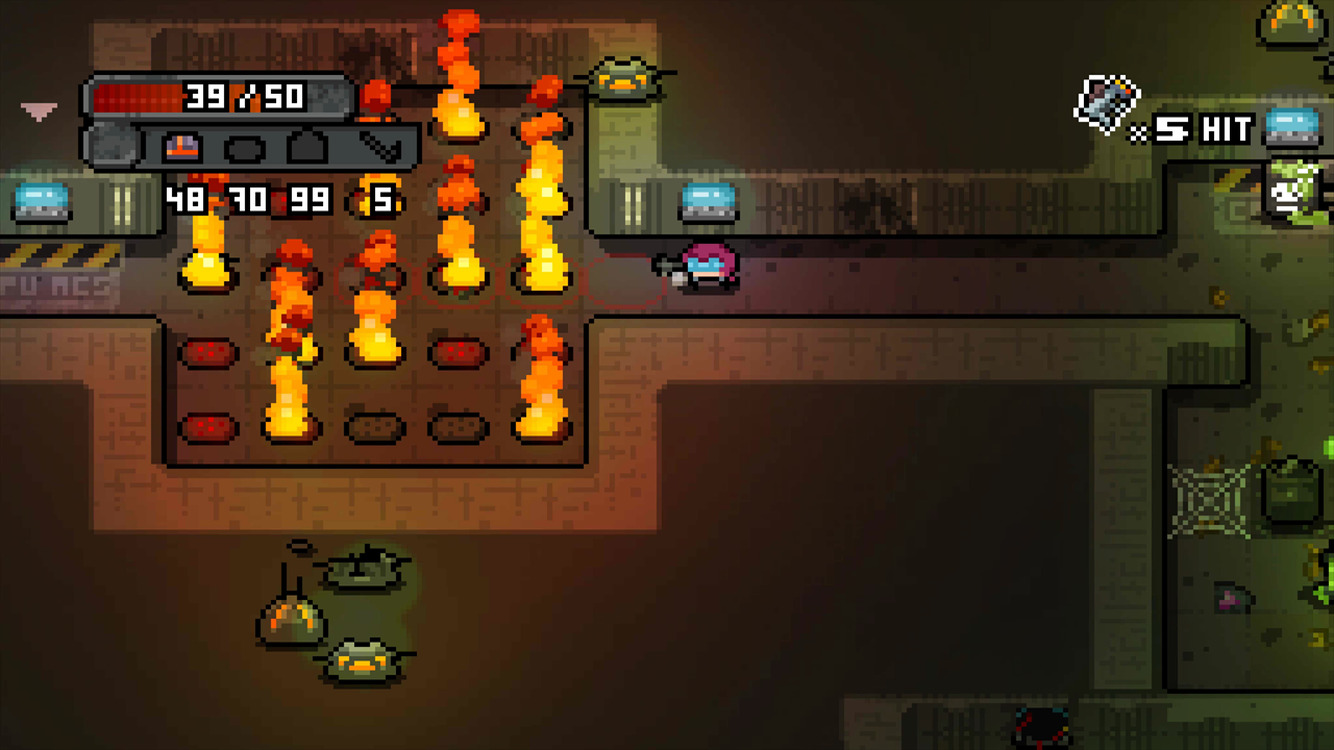 There’s also plenty of hints of randomness and surprises if you’re into that sort of thing. Anomalies that take you to special levels can be found, with items that can deploy them on command. You can utilize the environment in certain ways, like shooting flowers that will either release deadly radiation (that you can use to your advantage) or healing spores. The toxic barrels and fire pads can be deadly, or useful weapons. And there’s always the randomness of the items you get, the levels you find, and the typical stuff that makes roguelikes a fresh experience every time. Space Grunts isn’t the king of deep secrets, but you can accidentally trigger a zombie outbreak if you play your cards right.

I think Space Grunts would be more compelling if the game’s difficulty curve more resembled the games that inspired it. I think the problem is that the first half of the game can be kind of unexciting because you can be sloppy through it, until you get to the back half of the game which really tests you. You do need to play somewhat intelligently, not just wasting ammo and trying to blast every single thing, along with using your items wisely. But rarely will you see punishment for not being hyper-vigilant for the first few levels. Thus, they can be kind of a slog until you get to the good parts. And it would be nice if there was more variety, or more surprises that popped up along the way. Sessions can go 20-30 minutes without a problem, but the game does save after every level, so you won’t lose too much if you quit and leave. Plus, if you have a 2 GB RAM device, it might never leave your memory since it isn’t exactly pushing the hardware. Huzzah for well-designed games! 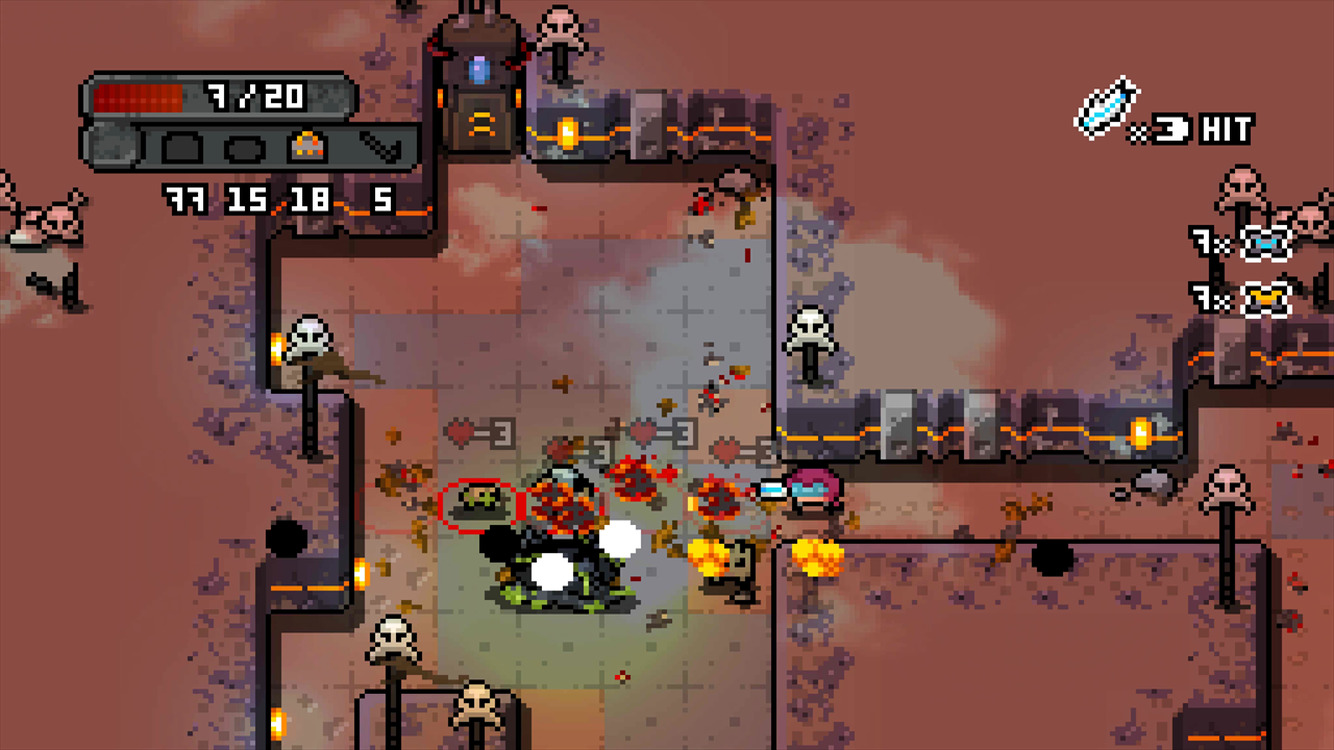 In fairness, this feels a lot like how an Orangepixel game would be expected to feel. It’s a little sloppy, and there’s some stuff that I think certain game designers would like to clean up. But again, it feels a lot like an Orangepixel game. The pixel art isn’t the cleanest, but it’s distinctive for Orangepixel’s style. And this actually might be the best-looking Orangepixel game yet, with some stylish coloration on the environments that effectively blends a vibrant, engaging look with a dusty sci-fi landscape. The controls aren’t great, with a directional pad that could still be more responsive and resizable for larger iPads. Plus, MFi support isn’t here because of some backend issues, but that might get addressed someday.

There’s some rough edges to Space Grunts, but a lot of that can just be attributed to a unique feel that Orangepixel has and that I wouldn’t necessarily want to go away. And the overall product is a really cool blend of different styles. This still feels like a fun action game even if it is turn-based, and getting that balance right is a challenge in and of itself. For action fans who want something a bit different? Check this out.