Once upon a time, there was a developer named Touch Foo. In the earlier days of the App Store, the fall of 2009, they released Soosiz, a beloved platformer that did two great things. First off it nailed virtual controls in a platformer, which was quite a feat at the time. And second it captured the planet-hopping platforming of Super Mario Galaxy in 2D side-scrolling form. It’s a total classic. 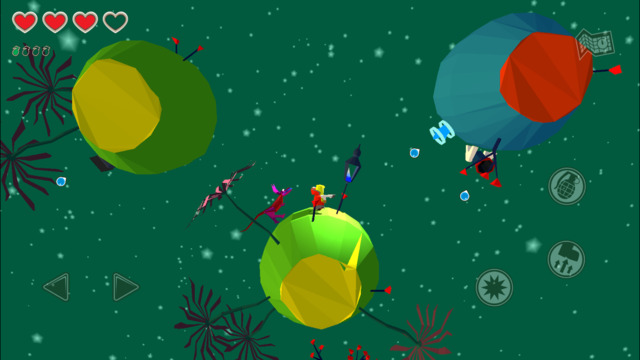 A couple of years later they released Swordigo, a 2.5D Metroidvania-style platforming adventure. Some people took issue with the game’s simple 3D graphics and art style, but pretty much everyone agreed that Swordigo nailed the gameplay aspect and this too went on to be an absolute classic iOS game. This week brought the release of Momoka: An Interplanetary Adventure ($6.99) from Felwig Games, and it feels like a love letter to both Soosiz and Swordigo in the best way possible.

Like Swordigo, Momoka is a 2.5D game, meaning its actual graphics are in 3D but the gameplay is locked to a 2D side-scrolling plane. The graphics are colorful and charming, and it utilizes a pretty sweet lighting system with dynamic shadows to give the game some pizazz. The first time I jumped in front of a torch and my shadow filled the room I was like “woah!" Also like Swordigo, this is a Metroidvania game, which basically just means it’s one giant world you explore but you can only gain access to certain parts once you’ve found specific weapons or items that let you pass through to locked areas. 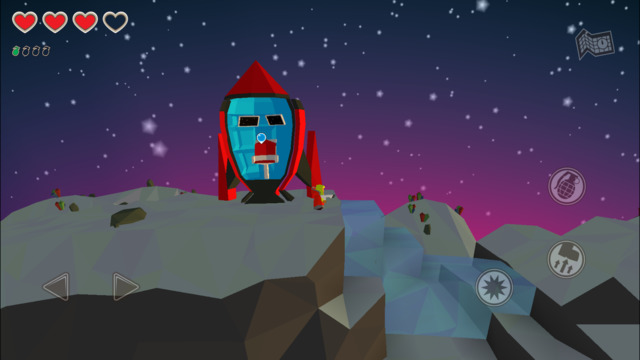 As mentioned this game is also like Soosiz in that you’ll travel between tiny planets by jumping to them, and each have their own gravity. So if you get motion sickness easily, this might not be the game for you! Before long you’ll be jumping and flipping upside down, and landing on another planet as the screen rights itself. It can take some getting used to but it’s a very neat effect and should feel right at home for those who have played Soosiz.

The thing that really sets Momoka apart from those other games and gives it its own feel is when you first get the keys to your very own rocket ship. From there you can blast off and explore an entire solar system of tiny planets that, when you land on them and are exploring on foot, actually feel quite expansive. Flying through the solar system is a trip and tons of fun, and was the moment that I knew Momoka was going to be a special game. Add in the fantastic music and a quirky cast of characters to meet throughout the galaxy and you really can feel all the heart and soul that went into this game

While I’m not too far into Momoka just yet, I’m already having an incredible adventure and can’t wait to see where things go from here. There’s a thread in our forums if you want to get in on some discussion, but I can already tell that this one is going to be popular with our community. If you’re craving a new platforming adventure, then let Momoka: An Interplanetary Adventure fill up your weekend.