After weeks of waiting and two full weeks of sneak peeks, we finally have the date that Supercell will drop the Clash of Clans (Free) Town Hall 11 update onto the world, December 10th! Now, according to the announcement, they aim to go live on the 10th, but that is still subject to change if something unforeseen pops up between now and then. Hopefully, it won’t. We were suspecting that the update would hit around the 10th based on the timing of the sneak peeks, and I’m sure you are all glad to see the wait come to an end. Now, what remains to be seen is how will the massive changes coming in the TH 11 update alter the game. Some expect things to be pretty much the same, but the majority of those commenting around the web feel that these changes will be substantial. Whether they’ll be good for everyone remains to be seen; my guess is some will like it, some will love it, some will hate it, as is always the case with any major update for a popular game. 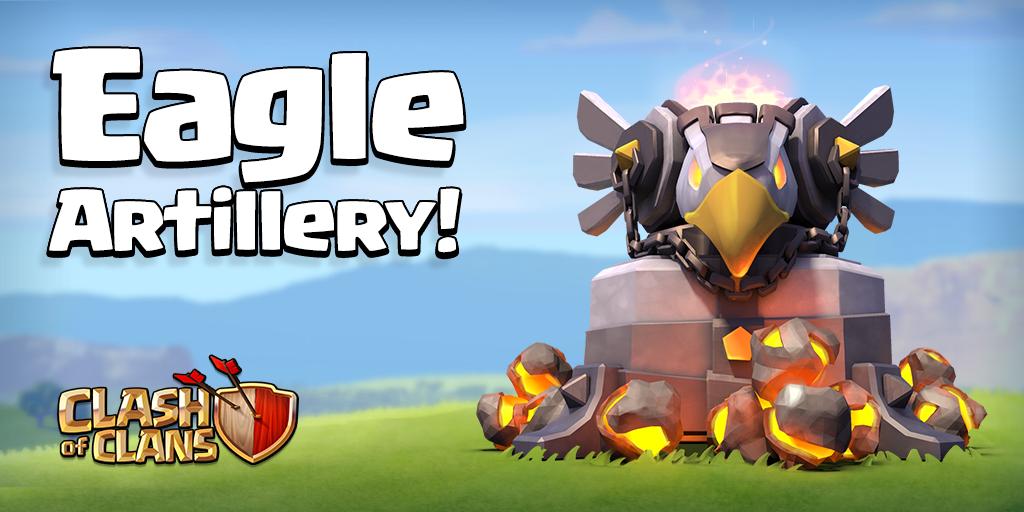 In addition to the date announcement, we got to see another video of the Town Hall 11 defense, the Eagle Artillery. It still looks quite impressive, both visually and in terms of gameplay. The EA has a relatively-short dead-zone around it, but its range is the whole map. So, placement will be crucial both to protect it and to keep enemy troops outside its dead-zone. When the Artillery shoots, a target reticle briefly appears on the enemy it’s aiming, which might help you protect those targets. If you remember, it doesn’t activate until a specific number of enemies enters the screen, and while it’s pretty powerful, it’s also quite slow. Well, this wraps up all the sneak peeks and you know as much as Supercell is willing to share before the update drops. What do you think? Excited about all the new toys, scared of the changes, a little bit of both, or simply don’t care about any of it?