This month’s heroic addition to Vainglory (Free), like most of the heroes that have come to the Halcyon Fold before, adds an interesting twist to the dynamic of the hit mobile MOBA. Blackfeather is also a blast to play and has the potential to do some serious damage in the hands of players that know how to use him. Alas, before one can get to that point, it’s important to understand what exactly he brings to the table. Enter our beginner’s guide, in which we provide a brief introduction to Blackfeather his abilities and some potential builds for making him work in-game.

Classified as a melee assassin, players might conjure up images of a modified version of Taka, but I assure you Blackfeather is anything but. Instead of shadowy burst damage, Blackfeather works better in environments that have him dealing sustained damage in a crowded battle. He also does a decent job of closing in on opponents and can even be useful in chase situations. Sustain is a bit of a problem but if you utilize his abilities correctly with the right items, players should be able to overcome that issue.

Moving on to his specific abilities, Blackfeather’s Heroic Perk is known as Heartthrob and can best be classified as a basic attack enhancer that rewards extended battles. Every basic attack that Blackfeather executes on an enemy applies a stack of Heartthrob. Any time a stack of Heartthrob is added or refreshed (i.e. every time he attacks someone), Blackfeather does bonus damage that is further amplified by both increased stacks as well as crystal (specifically 3-9 points of damage plus 7% of crystal damage per stack). While minions can only have a max of two stacks at any one time, heroes can have up to five simultaneous stacks. Thus, in extended battles, Blackfeather can do a pretty decent chunk of damage with each basic attack.  Heartthrob also changes the standard energy meter to focus, which replenishes a lot faster.

Feint of Heart is Blackfeather’s ‘A’ ability and is a pretty awesome way for Blackfeather to enter the fray or chase an opponent. After targeting a hero, Blackfeather lunges towards an opponent, causing damage that can be enhanced by both Crystal and Weapon. In addition to that, the attacked opponent leaves a trail of roses that grants a movement bonus to Blackfeather and his allies. If Feint of Heart hits an opponent with full Heartthrob even more damage is done proportional to the opponent’s missing health. Finally, Feint of Heart’s overdrive causes the rose trail to also make Blackfeather and his allies unslowable while also resetting the ability’s cooldown if the opponent is killed within half a second of the attack. As I’ve mentioned before, this is a great ability to either do lots of damage to an opponent that is in prolonged battle,or to chase down an opponent trying to get away.

Blackfeather’s ‘B’ ability is On Point and does line-damage in the direction that the player target. In addition to doing damage, On Point also slows all the enemies hit by a second (with more time added to enemies with heartthrob stacks). If On Point hits an enemy, Blackfeather also gets increased Focus regen as well as a small barrier to damage. It’s a decent way to do damage to multiple enemies but can also be utilized for its slow if done correctly. 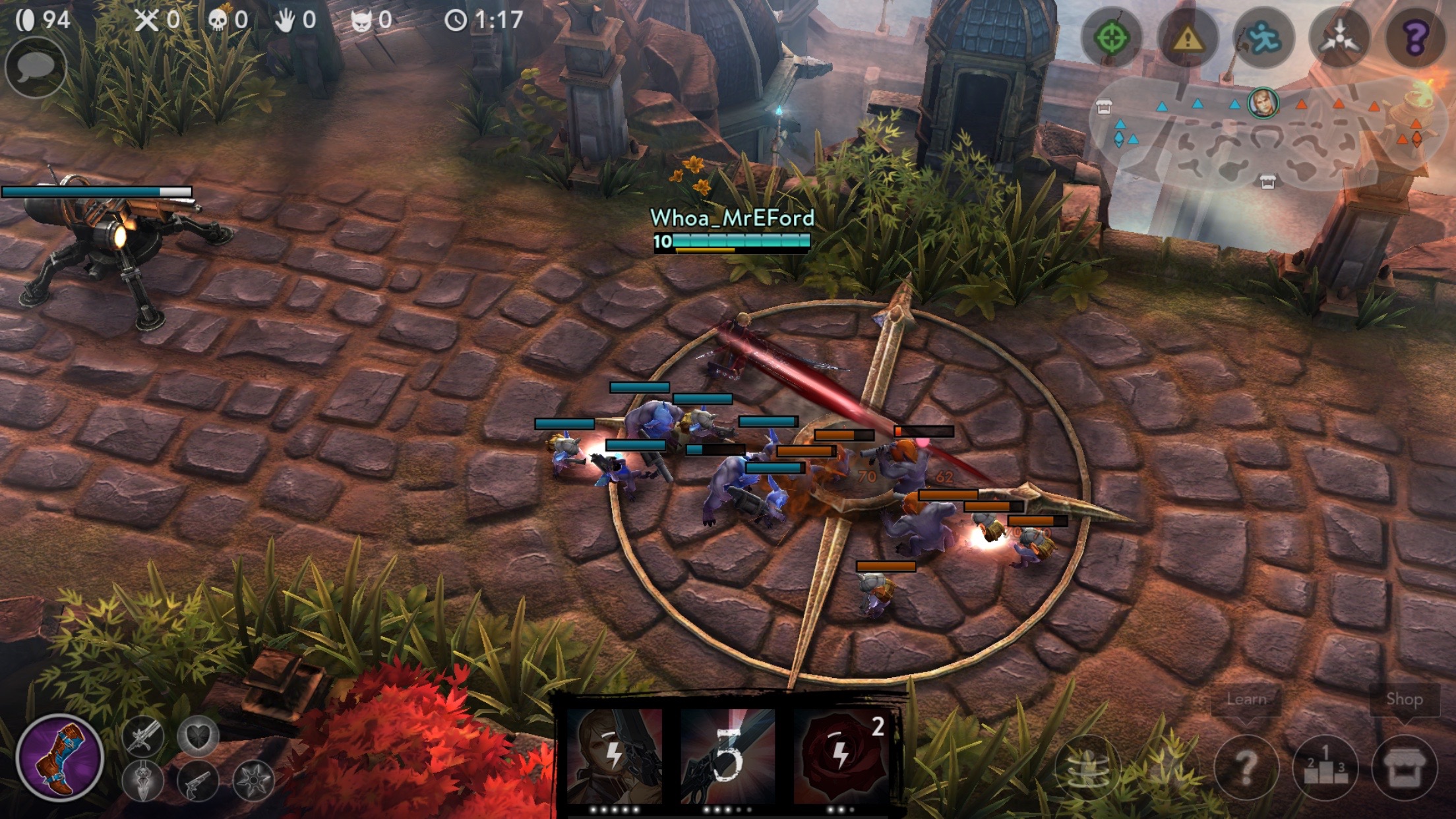 Rose Offensive is Blackfeather’s ultimate ability and has him basic attacking all enemies in a line, applying heartthrob. Even cooler, he’s immune to slow during Rose Offensive and takes substantially less damage during the move. The ability also has two charges and has a relatively short cooldown. It’s a great way to get some Heartthrob on a lot of baddies at the same time while making sure that he stays alive to do even more damage.

So now that you have a decent idea as to his abilities, how should you use him in battle. Well, I would try not to initiate with Blackfeather but still keep near the front of your team. If you encounter a single enemy, go in with Feint of Heart, do some basic attacks, and apply On Point before going back into Feint of Heart with max Heartthrob damage. Meanwhile if you’re dealing with a full team battle. Initiate with Rose Offensive to get some Heartthrob going and then execute On Point while saving Feint of Heart for the squishy part of the enemy team. Strategically using Rose Offensive will allow Blackfeather to stay alive during the tougher portions o the battle.

Equipment-wise, it’s best to go full crystal or full weapon with Blackfeather while avoiding flying heavily on both in a single build. The game’s recommended build has you focusing on weapon damage, which works well but an effective crystal build can really increase Heartthrob and Feint of Heart damage to the point of decent burst potential. If you’re interested in a Crystal Build start with Aftershock and Heavy Prism (after a Book of Eulogies and Sprint Boots) and focus on Broken Myth while building defense at the same time (Dragonheart and a Reflex Block). Late game, incorporate a Forstburn, Crucible and Shatterglass to round out the build. 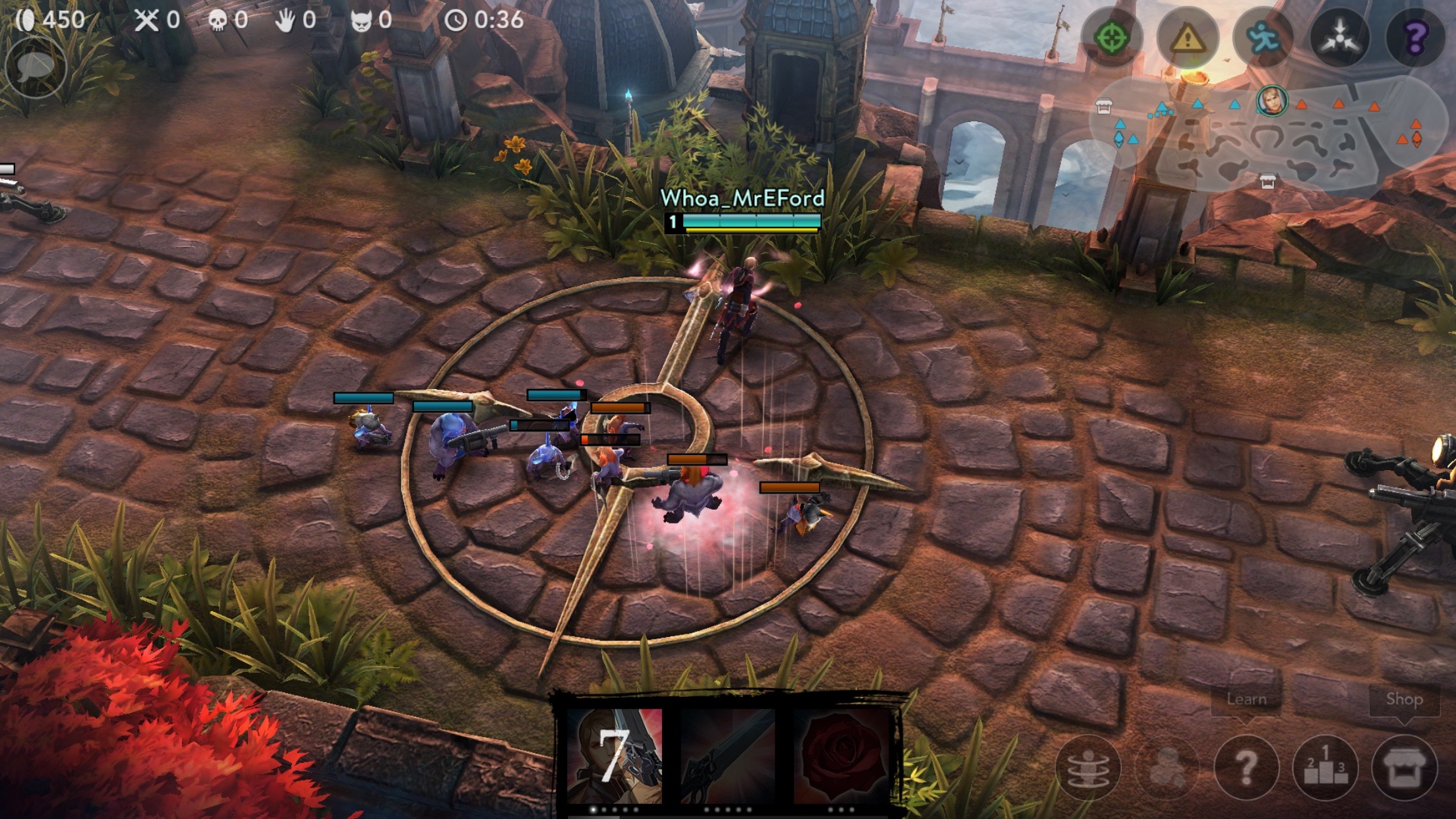 Meanwhile, if you’re looking for an effective weapon build, you want to get a Sorrowblade, Serpent Mask and then eventually work towards a Bonesaw, Tornado Trigger and perhaps even a Breaking Point while beefing up sustain with a Metal Jacket. Shiversteel is also an effective tool or even a Tyrant’s Monacle. The key for a weapon build is to do a much damage as you can with basic attacks while utilizing abilities as needed (Heartthrob is still useful but not as useful with the crystal addition).

Early feedback on Blackfeather (both from my experience and with folks that I’ve talked to) have Blackfeather having significant Carry potential with the sole weakness being his lack of sustian. Thus, some form of defense is almost a necessity for his build, while a ‘stick and move’ mentality will keep him effective and alive. He also has pretty decent attack speed and can stutter-step really well; elements worth thinking about when engaging in battles.

Blackfeather should be available for Glory by the time this guide is published (as is typically the case, he’s ICE exclusive for the first week of launch). If you’re interested in a melee Assassin with Carry potential, definitely check him out. Otherwise, don’t forget to check out our weekly Vainglory streams on Mobcrush to get a better glimpse of him. In addition, we’re always looking for folks to join the Touch Arcade guild so don’t forget to search for us if you’re interested.