Earlier this year, Jonathan Lanis released Kayos (Free), a fun entry in the genre of what I’m calling horizon runners, along with Race the Sun ($4.99) and Breakneck (Free). But Lanis has decided to go a different direction with the 2.0 update to Kayos, shifting the perspective from behind the back of your flight craft, to something angled higher above, in the game’s new Survival mode. You don’t have any boost or shields, you’re just tilting from side to side, trying to dodge all the obstacles in your way. Good thing that you have the ability to see farther than you could before.

Along with the new Survival mode, the gameplay has been tweaked a bit, and a bunch of new color schemes have been added, making the game look a lot different than it once did, with saturated and vibrant color themes for the obstacles contrasting against the colorless ship and environments. 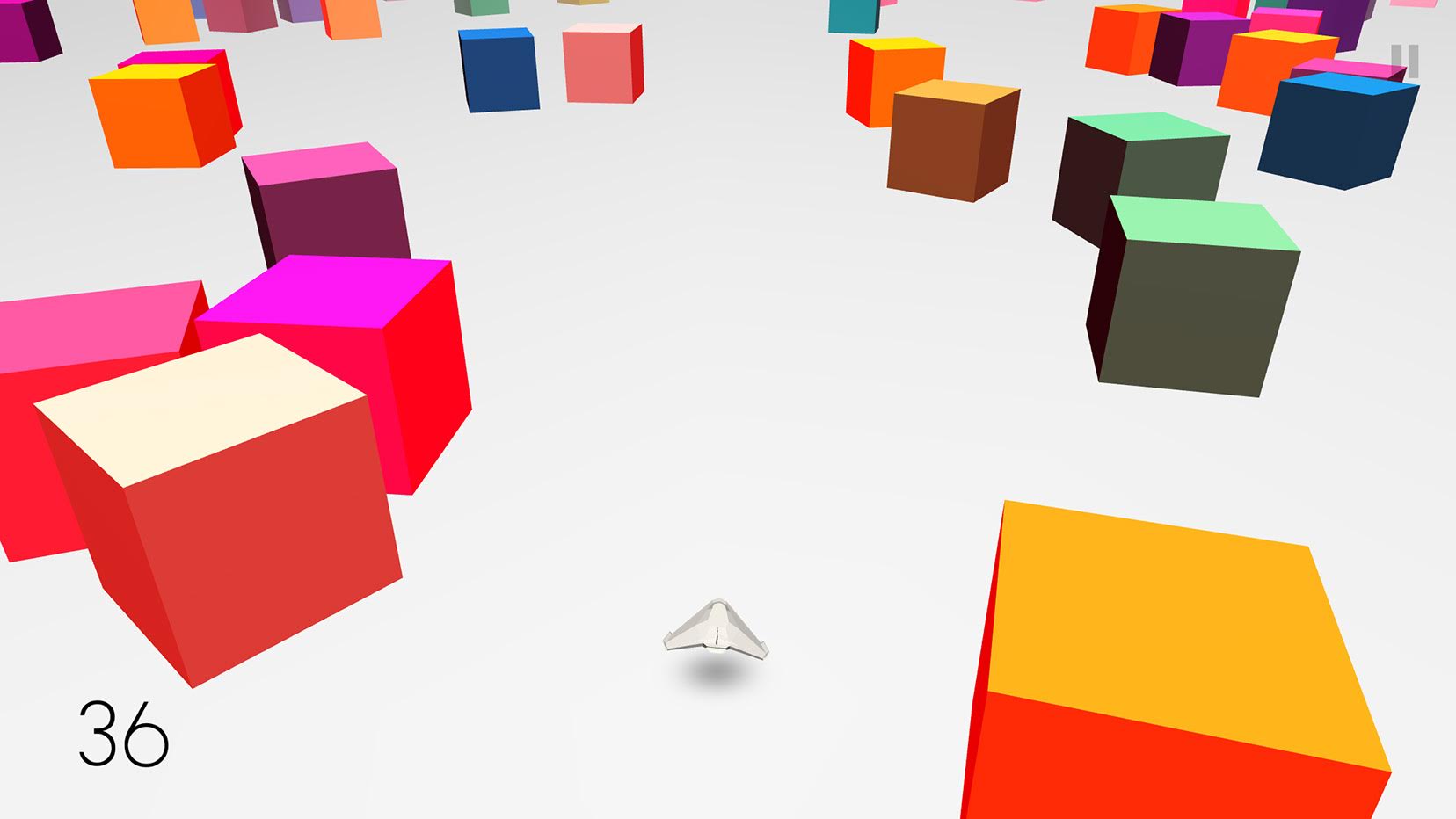 The game is also now free to download, with incentivized video ads. However, if you bought the game earlier, you probably won’t notice any change whatsoever, as the game appears to have been set up to where if you have gotten the game when it was a paid title, you won’t see any ads. I didn’t even realize it was now free-to-play until I got an email saying it was. That’s how a free-to-paid transition should go: treat the players who gave you money once the right way.