Correction: The premise of this entire article is incorrect. Telltale’s warning about previously purchased episodes not transferring to the new Universal app was actually from when the game first went Universal back in 2013, and from what I understand they actually DID have a mechanism in place to honor previous purchases of the separate app episodes. With recent removal drama I took a reader’s tip at face value without properly looking into the situation. I regret the error and would like to apologzie to our readers and to Telltale Games for giving the wrong impression.

Here’s a good news/bad news situation for you. Telltale Games have just restored their 2011 adventure game Back to the Future: The Game (Free) to the App Store following its recent removal due to game-breaking bugs caused by iOS 9. That’s good news! The bad news? Well, previously, each of the five episodes of Back to the Future: The Game were available as separate apps. This returning, fixed version is just one single app with all episodes available as in-app purchases. You probably can see where this is going. There’s no mechanism for the updated game to recognize those who have purchased any of the episodes in their previous standalone app form in order to unlock them in the new version. So if you bought any or all of episodes 2-5 of Back to the Future: The Game when they were separate apps, and now would like to own them in this new, single, updated app, you’re going to have to purchase them again. Here’s the official statement from the game’s App Store page:

PLEASE NOTE the release of this new universal base app will replace Episodes 2-5 apps of Back to the Future: The Game, which will no longer be available for direct download on the App Store. Ownership of these episodes cannot be transferred to the universal app, so if these episodes were not backed up to the iCloud or kept on the device, they can no longer be acquired without purchasing individual episodes or the Episodes 2-5 multi-pack. Ownership of Episode 1 will transfer to ownership of the new universal base app. 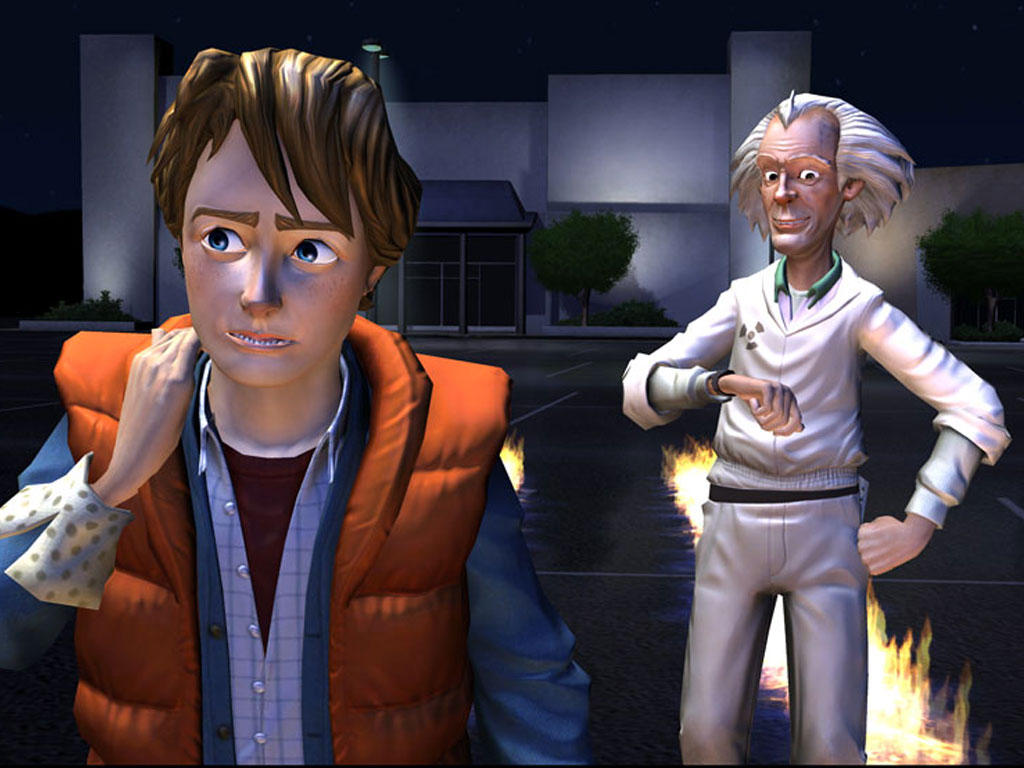 Great Scott! This isn’t good! Now, I definitely see both sides to this story. On the one hand, Telltale had to spend time and resources fixing up a pretty old game so that it can play nice on the latest versions of iOS, and of course work like that isn’t free. Also, it’s much less messy having a single app for a game with additional content downloadable in-game, rather than the old-school method of releasing a million separate apps. On the other hand, people paid for a product that they can no longer access (or if they can access it, either through purchase history or if it’s still on their device, those old versions still don’t work properly), and that just isn’t right.

A very minor silver lining in this debacle is that the multi-episode bundle containing episodes 2-5 is currently on sale for $9.99, which is pretty cheap considering each episode is $4.99 apiece if you buy them separately. So if you wanted to get the episodes you previously owned back, you’re only really out ten extra bucks. Then again, you shouldn’t have to be out ten extra bucks! Will this same sort of situation arise if and when games like Jurassic Park or Monkey Island come back to the App Store? How many times are customers going to be forced to buy things they’ve already bought in order to simply continue playing them?

There HAS to be a better way to handle these types of situations, and if the ball is in Apple’s court to provide those types of solutions then big dogs like Telltale, EA and Capcom who have been part of all the recent game removal drama have to start beating on Apple’s door about it.

Thanks Rod for the tip!