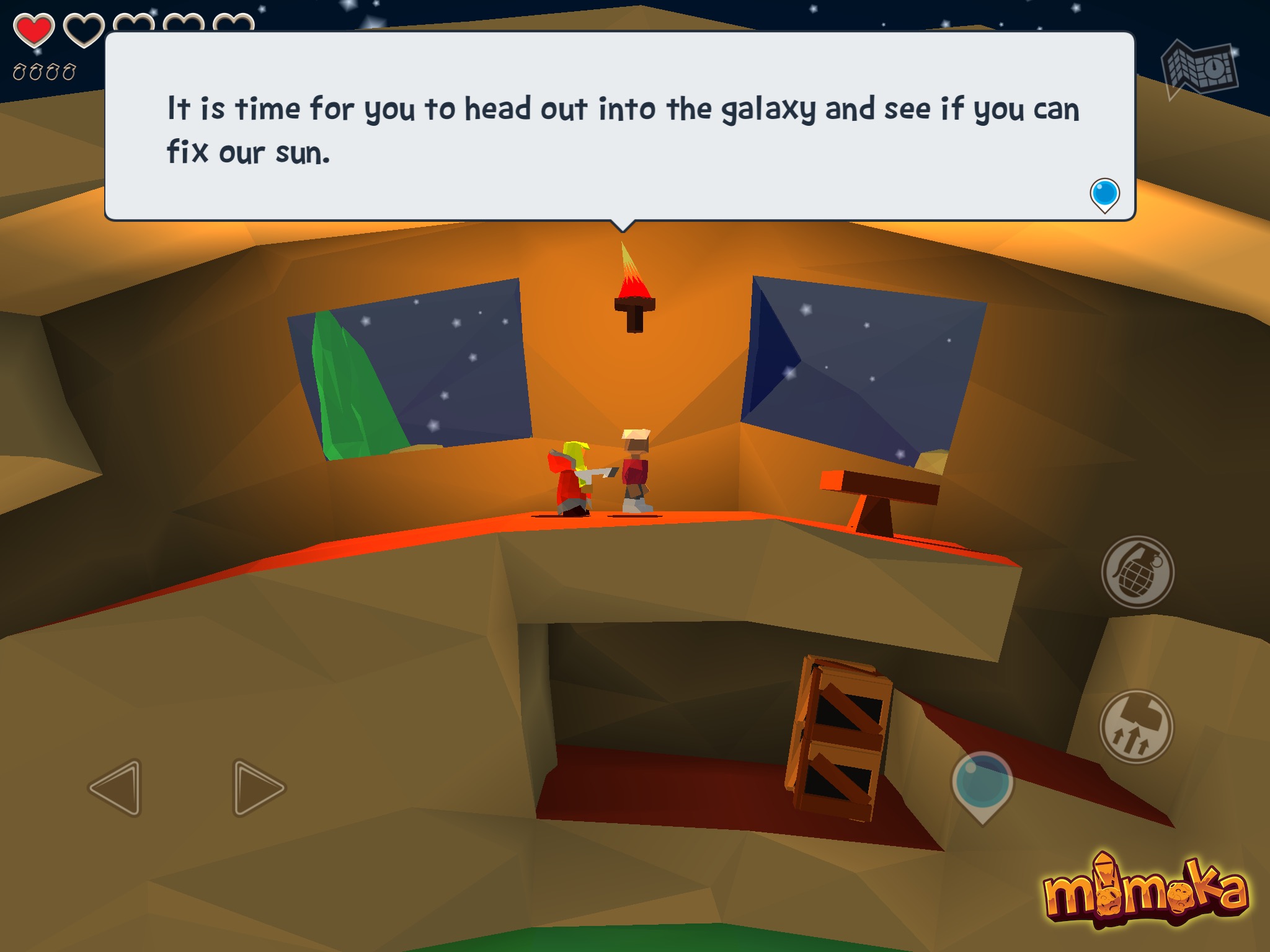 Soosiz is a classic platformer (in the iOS world at least) that was based around gravity and had you jumping between tiny, bite-sized platforms in its levels. Many people called it a “2D Super Mario Galaxy" at the time, which was pretty accurate. Then there’s Swordigo, a Metroidvania-style exploratory action platformer with 2.5D visuals. Swordigo got knocked for its graphics, which some felt weren’t up to par, but due to its stellar gameplay it has become something of a cult classic in the iOS world. Interestingly, both Soosiz and Swordigo were developed by the same company, Touch Foo. Then there’s Prevail, an upcoming side-scrolling adventure game that we’ve been covering for years. One of its hallmark features is the ability to hop into a spaceship on whatever planet you’re on and blast off through the atmosphere and into space in search of another planet to explore.

So, take the gravity-based, tiny-island style of Soosiz, the graphical style and Metroidvania-ness of Swordigo, and the planet-hopping aspect of Prevail, mash them all together, and that’s Momoka. Check out the trailer.

I really like the trailer for Momoka, and I like that it has a similar “homemade" feel to something like Swordigo. I was among those who actually liked the graphics in Swordigo and thought it had a lot of charm, and I get the same impression from Momoka. The only bummer is that it’s still a little ways off, with a planned release date of January 2016. When it does hit, Momoka will set you back $6.99 and will support iPhone, iPad and the Apple TV. It’ll also include Game Center integration, iCloud game save syncing, and MFi controller support. The whole enchilada of features! Keep an eye out for more on Momoka leading up to its release early next year.