ClashCon 2015 has concluded in Helsinki, Finland, and we finally got the news about the upcoming Clash of Clans (Free) update which everyone had been expecting for weeks now. While we didn’t get a firm release date for the update (guesses range from a few days to around three weeks), we did see some of the big new features that will be added to the game. First of all, the game is getting a Town Hall Level 11, which wasn’t really a big surprise as most clashers were expecting Supercell to finally raise the Town Hall Level. Many players have fully upgraded Town Hall 10 bases, so this new addition should allow them to finally continue upgrading their bases. However, as one player mentions in the video below, there’s a worry that the new Town Hall (and its accompanied defenses) will be too expensive for most players.

The other big reveal was a Town Hall 11 exclusive Defense that we got to see in action. As you can see from the image above, the Defense looks like an eagle and it’s 4×4 tiles big. This Defense deals area splash damage, attacks both ground and air tropps, and gets activated after a certain amount of troops have entered battle. Check the video below for a demonstration of the new “Eagle" defense. It looks so powerful that some clashers feel they’ll need new, more powerful units to stand up to it. We also got a glimpse (and I mean literally a glimpse) of a new Hero, but no information about him. Some believe he will be a warlock or something, but we’ll have to wait and see. Finally, maps have increased to 44×44, so more space for all of you to build your bases. That’s all the info we have on the update at the moment, but we’ll keep you informed as we get info about further content and the actual release. 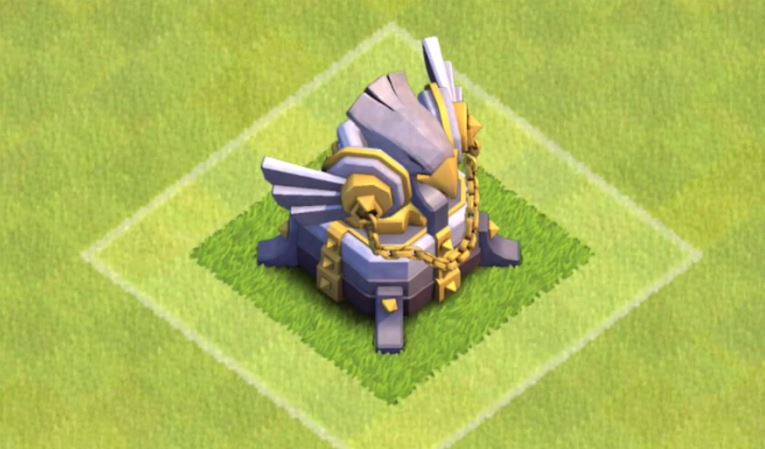 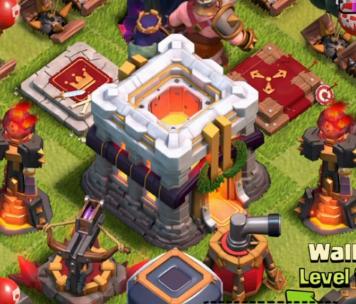