You know all those 80s and 90s action movies where the hero is the last one standing, ready to face hordes of enemies or a huge monster in one final action sequence that usually includes a billion bullets? The developer of the upcoming Let Them Come sure does since he decided to turn those machine gun sequences into a game that might seem like a simple tower defense game (or huge dude defense), but actually offers some very fun features. According to the game’s description, you are the last survivor of a mission gone sour, and you’ve decided to take down as many monsters as you can before meeting your inevitable death. The game’s pixel art (quite appropriate for the era it’s emulating, I think) looks really good, but the most interesting aspect of the art is how the game’s corridors are dark, lit up only by the flashes of your guns and grenades. Clever idea, I think, as it adds plenty of tension and mixes theme and gameplay well.

While playing Let Them Come, you’ll find plenty of weapons that let you customize your arsenal to your liking. The endless stream of enemies consists of various monsters with unique mechanics, and all the shooting and killing is accompanied by music of your choice since you’ll collect various mixtapes. I’ve talked in the past about how I like when a game has one relatively simple idea but realizes it very well and with plenty of little embellishments. Let Them Come looks like it’s going to be one of those games, and looks like it’s going to be a blast (pun intended) to play. The game won’t come out until 2016, so keep an eye out for more information. The developer is pretty active in our forums, so go drop him a line if you so wish. 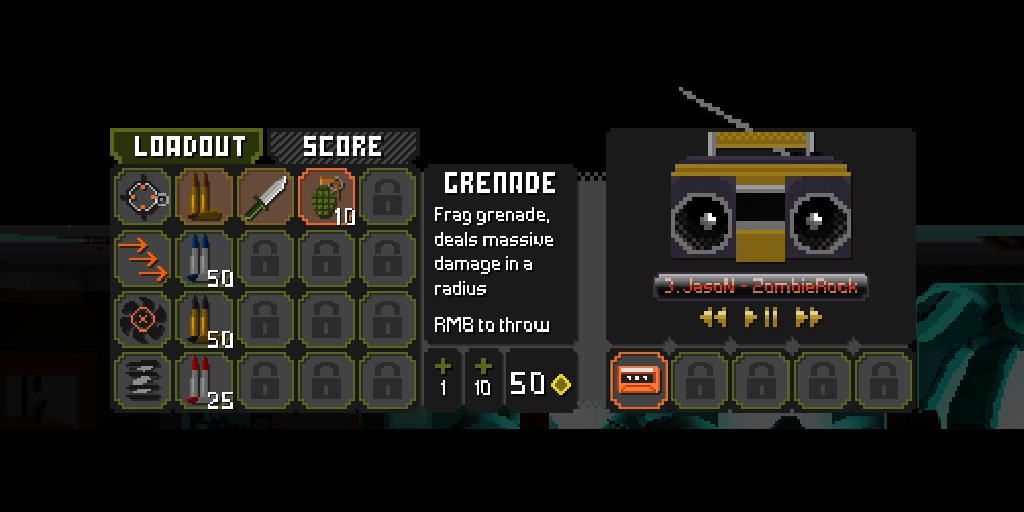