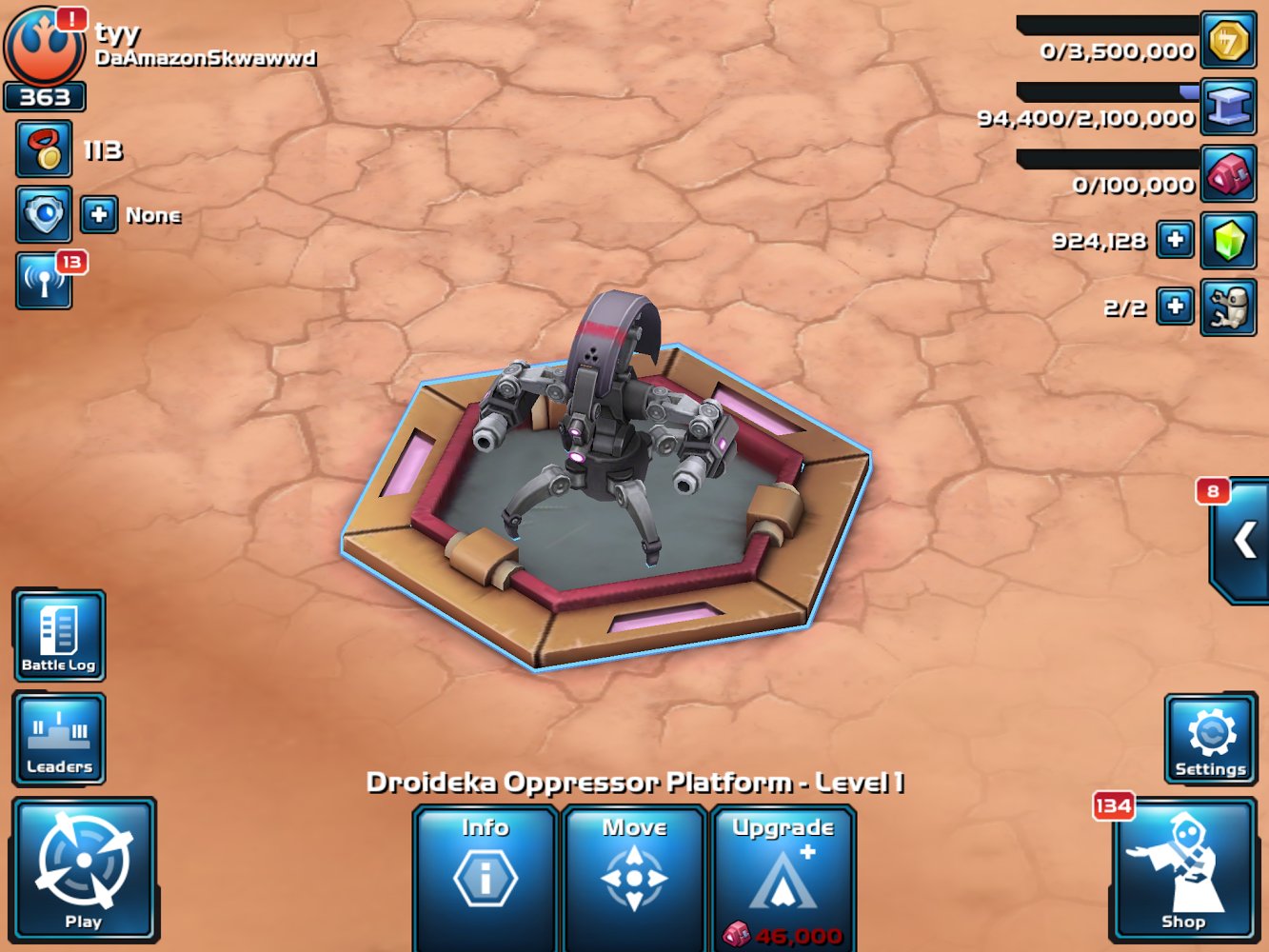 That sounds a lot like the Mobile Oppression Palace from Futurama, which I also quite enjoy! Along with the new heavy battle droid, Conflicts now award bonuses based on your tier placement, so you can get some better rewards for being a better player at the game. As well, Victory Bonuses now apply during Conflicts, so you can rack up even more rewards while battling it out. This is all in the big 2.0 “Worlds in Conflict" update for the game, which added 4 new planets to the game for players to battle on, adding a lot more options for battling it out with other players.