I suppose they can’t all be winners. Radiangames has been the king of dual-stick shooters on iOS, at least in terms of quantity. The solo developer has delivered a ton of knockout titles, with JoyJoy (Free) and Inferno 2 ($2.99) being the most recent, and most stellar examples of his work in the genre. This is all setup to say that Devastator ($1.99) had me really excited, but unfortunately left me quite disappointed. 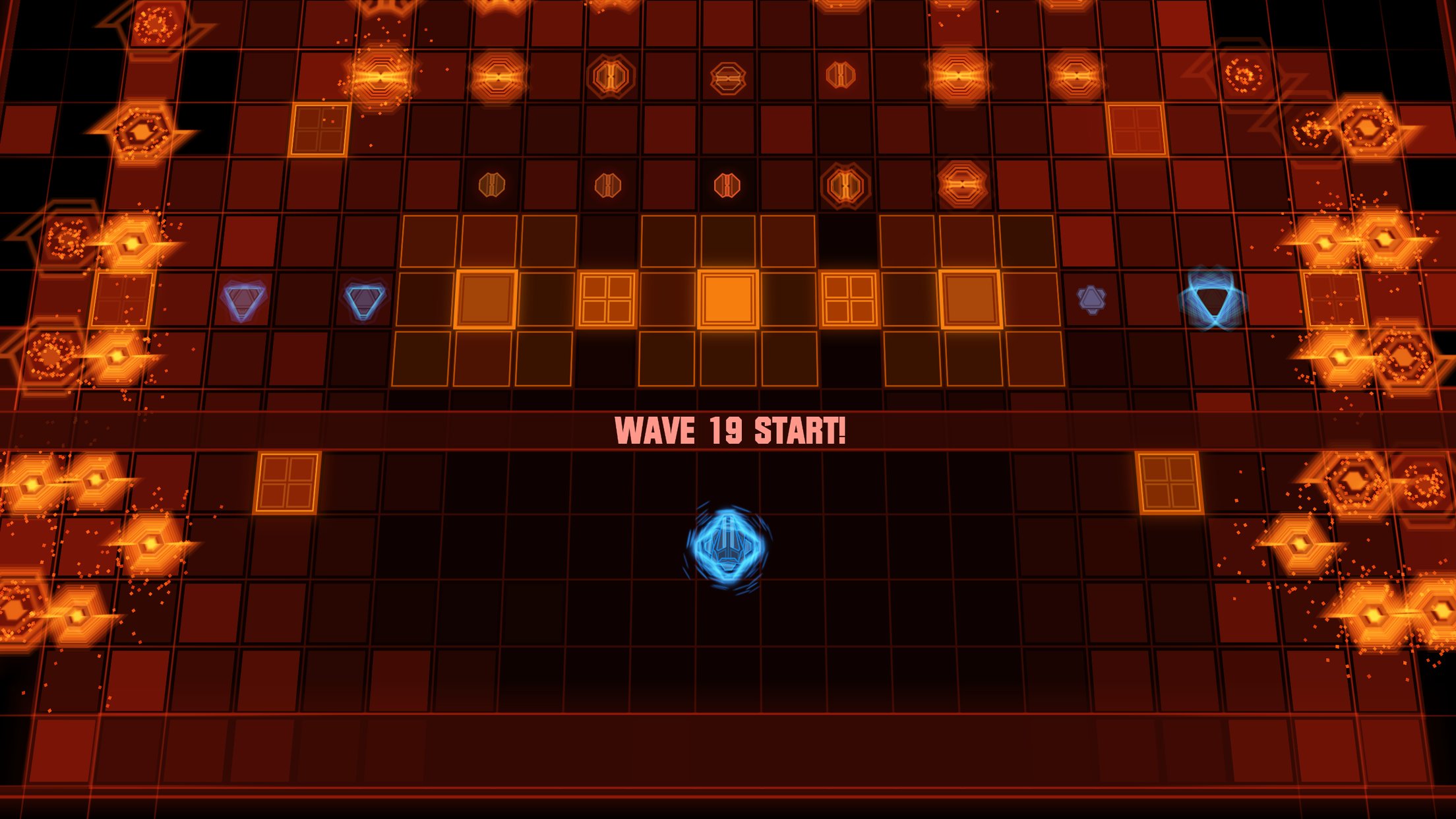 This is a level-based dual-stick shooter, where you have to make it through a series of challenging arenas. The enemies are generally of the “shoot them and they explode, eventually" variety, though some are invincible, tormenting you while you try to destroy every other destructible enemy to beat the level. If you die, you start the level over, and if you run out of lives, you register your high score and start from the most recent checkpoint.

Gameplay-wise, this is a fairly basic dual-stick shooter, where you only really have one weapon beyond your standard shots: your special ability, which by default as the Annihilator allows you to clear out nearby enemies, and can be charged back up. Other abilities unlock as you complete achievements. Bonus levels that pop up allow you to get special upgrades to your speed and shot power. At the heart of the game, Devastator is about you tackling challenges without much help or assistance. It’s a brutal, spartan experience – for better or for worse. 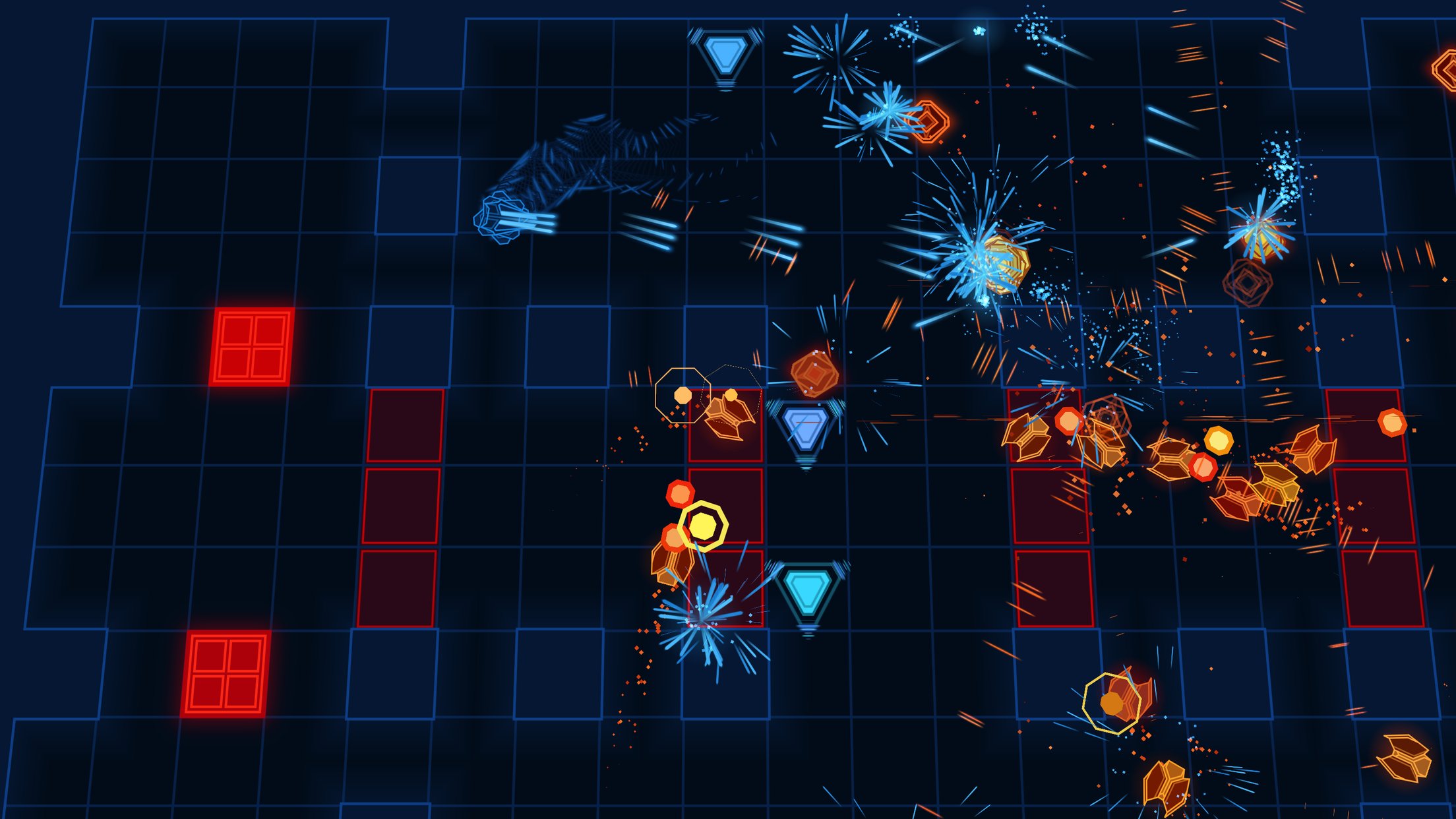 Controls-wise, the game supports auto-firing, so you only have to play with the one movement joystick. There are certain levels where this winds up being the game playing itself, like on level 21. Still, it’s a welcome feature. The virtual joysticks are perfectly fine, but thankfully there’s MFi controller support for those who enjoy such things. And it really does make a huge difference.

The troubles start with the way that Devastator is structured. There’s a practice mode that doesn’t count score at all, but lets you continue from the level you died at. There just doesn’t seem to be much point to this mode beyond letting players complete the game, perhaps? It just doesn’t seem like there’s much of a point when the game otherwise keeps track of score. Thus, Hardcore mode becomes the primary way to play for those looking to get something done. 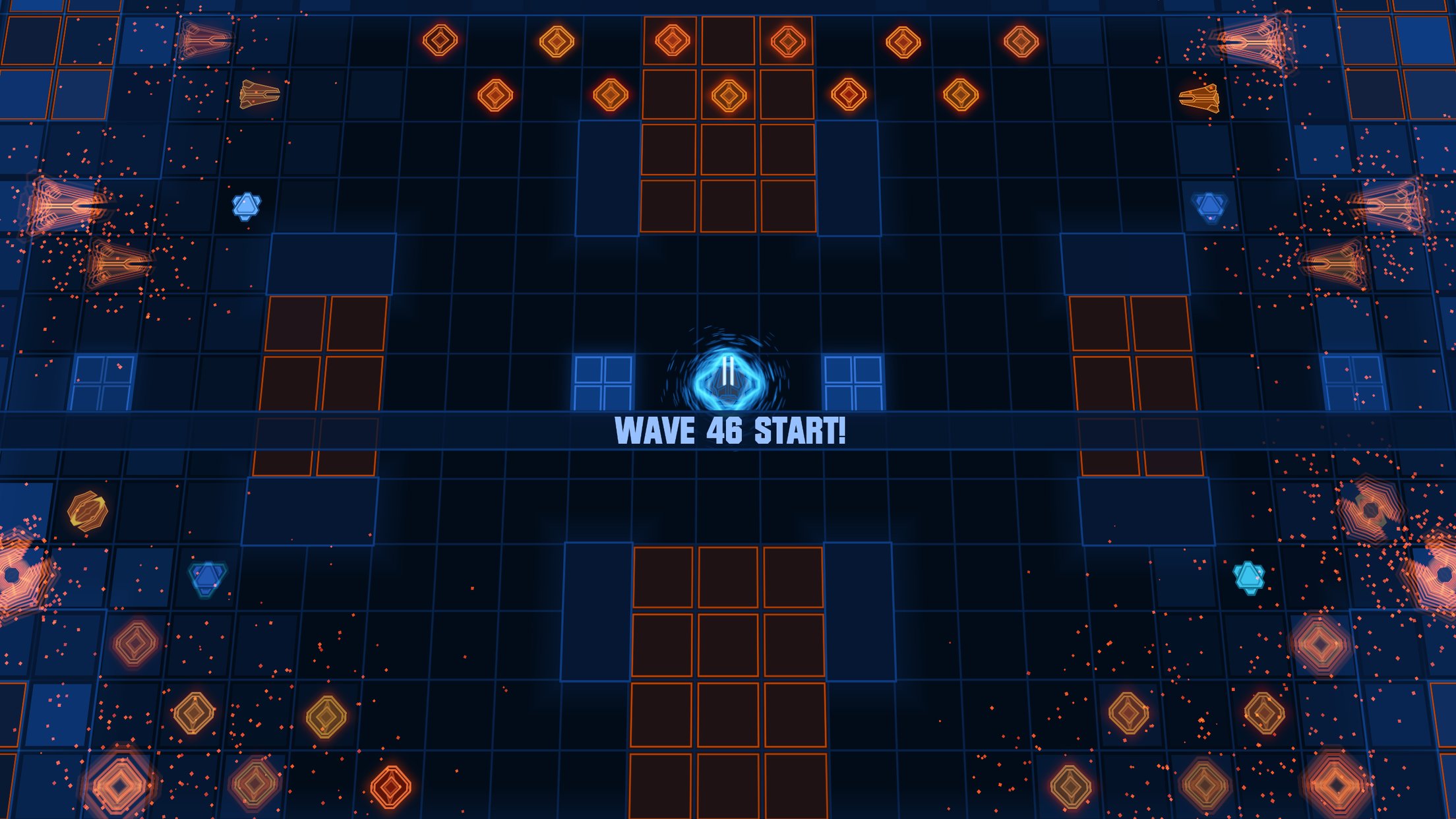 The problem with Hardcore mode is that the checkpointing is set to every 10 levels, instead of, say, every 5. This means that the bar to progression is set so high that players have to struggle mightily against the game to get anywhere. Penalize my score but let me restart from the level I was at, or make better checkpoints, or make the normal mode count score so that I at least feel like I have some reason to play that mode.

The ability charging is done in the least fun way possible, too. You get one usage every time you die, but you can refill ability meter by picking up little powerups. The bar fills up so slowly that you’re leaving yourself naked without a great defense if you use it, essentially punishing you for using the game’s eponymous powerup! I would much prefer something similar to how TxK lets you use your supercharger once per level. It makes it actually something that is part of your arsenal, something you’re encouraged to use while you play. The ability’s limited usage makes it something I regret using, and that’s just not fun. The alternate tools are useful, but they take too long to unlock, and I think it’d be better to have them available right away. Plus, why can’t I choose which upgrade I want at the bonus levels? I’d much rather be able to fill up my shot power before my speed, that’s for sure.

What’s baffling is that this game is so tilted against being fun and accessible, and that’s the polar opposite of what Radiangames’ games do. JoyJoy gives you tons of weapons and super-powered shots that you can use frequently to get out of jams. Inferno 2 does the same, giving you weapons with limited ammo, but it at least encourages their use when you get a chance! Perhaps this is meant to be a more brutal experience, and to be a bit less accessible. The problem is that the game still needs to be really fun, and there are barriers thrown in the way of the player enjoying the game. You have to enjoy it as a brutal, spartan experience. And while it’s possible for those kinds of games to be rewarding, I don’t think Devastator does enough new or complex enough to justify it being so difficult and un-fun.

I do hope that this isjust a temporary speed bump for Radiangames, though. Maybe it’s just an experiment, something that seems swiftly put together. Sometimes in order to become better, we have to make mistakes and try new things. Well, Radiangames tried some new things, and they fell flat here. Thankfully, there’s still a ton of great dual-stick shooters to the developer’s credit. This just isn’t one of them. They can’t all be winners!