Now that The Grand Tournament is finally upon us, I figured it only made sense to publish another guide of this intensely confusing process so no one accidentally spends their hard earned gold (or cash) on Goblins vs Gnomes or the original Classic packs of cards. The screenshots here are from the iPad version of the game, but I can publish a separate guide on how to buy The Grand Tournament packs on the iPhone if needed. 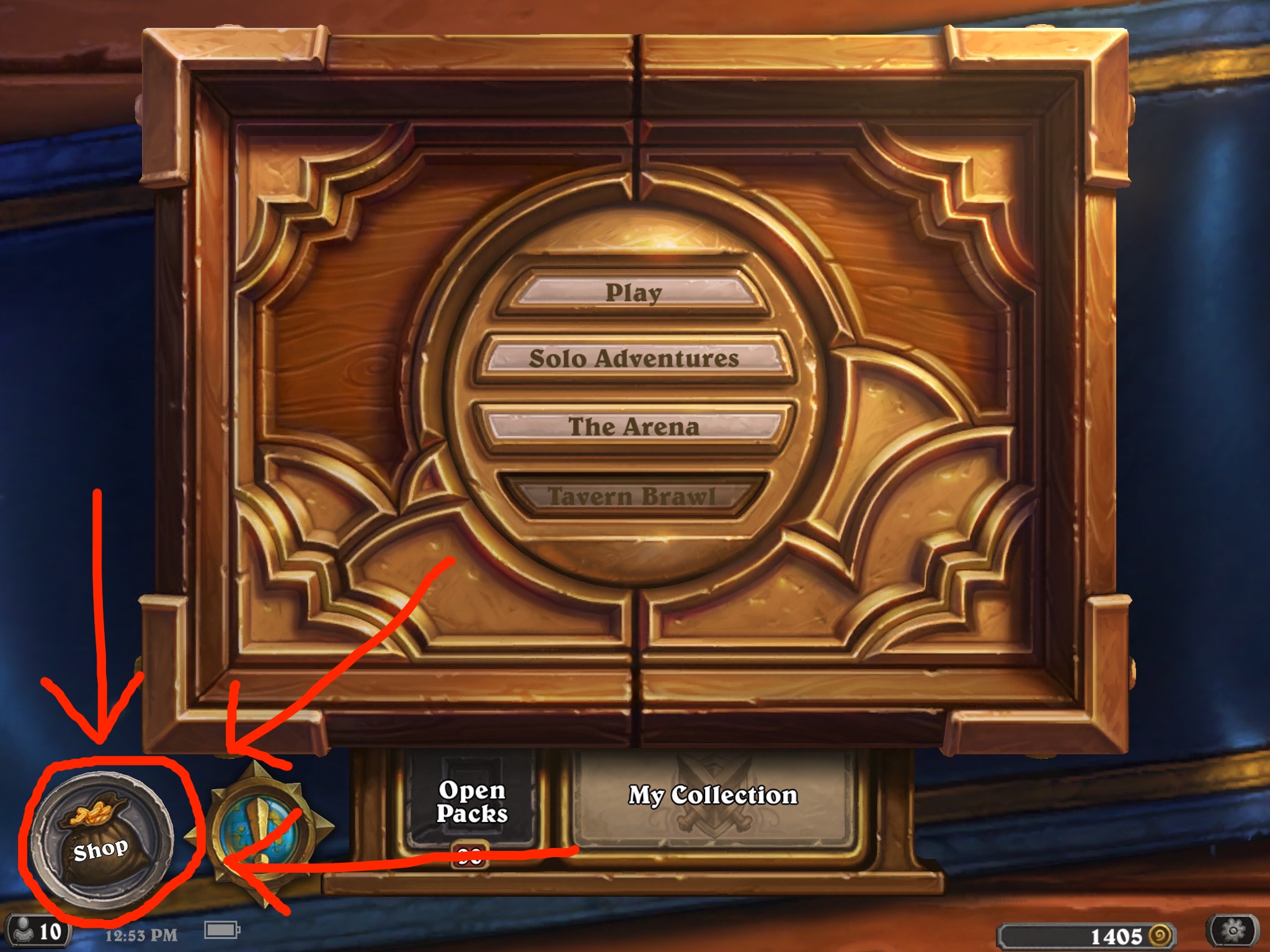 The first step is to press the button that says “Shop." On the iPad, it’s the button in the left hand corner. Another way you can tell it’s the shop is that under the letters “Shop," there is a bag of gold coins, indicating to the player that you can bring your gold coins here. When you press this button, it is briefly highlighted then this popup appears: 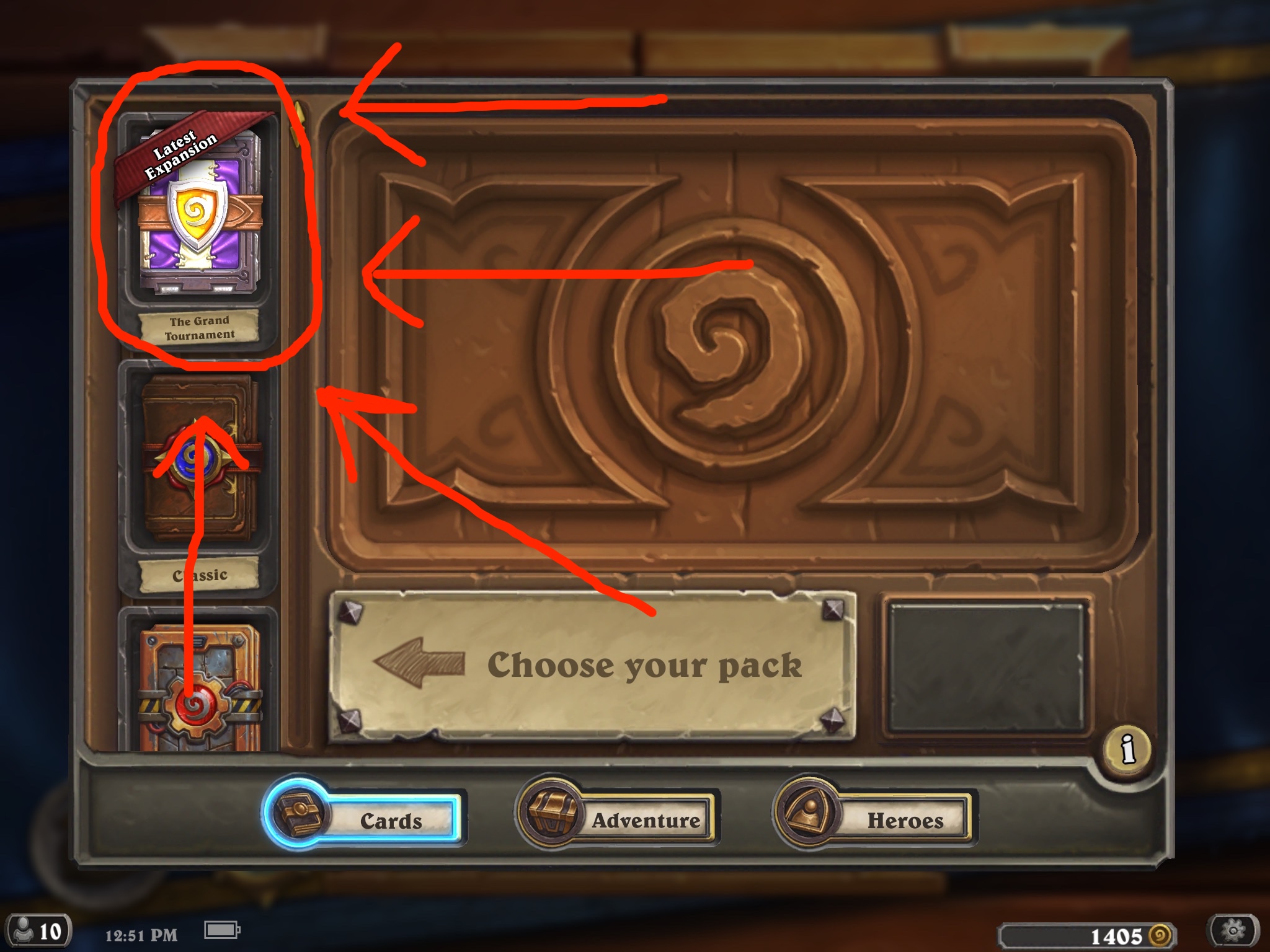 The second step is arguably the most difficult, so I’ll try to break it down as thoroughly as I can. Take your finger, stylus, or other pointing device that works with a capacitive touch screen. Lift it toward the screen, then briefly rest it on the purple and white packs of cards in the top left corner. You’ll also be able to tell you’re selecting the right packs from the red ribbon that says “Latest Expansion" and “The Grand Tournament" underneath. You’ll know you’ve tapped the right thing when this screen appears: 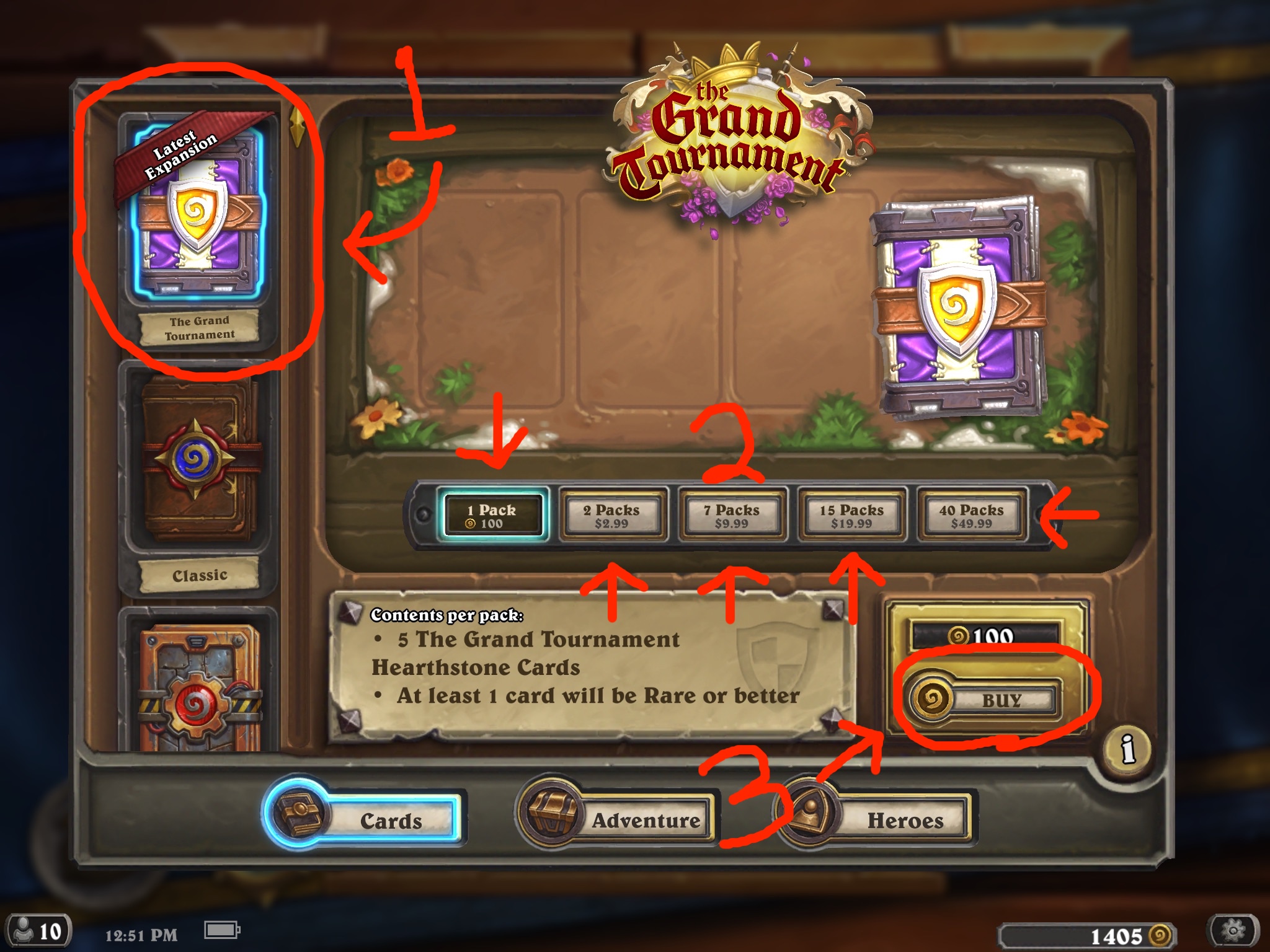 We’re not out of the woods yet. From here, you’ll want to double check that you’ve still got “The Grand Tournament" card packs selected, shown in the above image as step #1. Then, you select how many packs you want, illustrated by step #2. Select gold coins if you want to spend in-game currency on card packs, otherwise choose from one of the other four buttons to the right. Keep in mind, these prices are in real money which you will spend on Hearthstone if you proceed further. Once you’ve done that, tap “Buy" which is notated by #3 in the above image. From there, if you haven’t bought anything on the App Store in a while, you might be prompted to enter your iTunes password. Following that, you’ll get the next prompt: 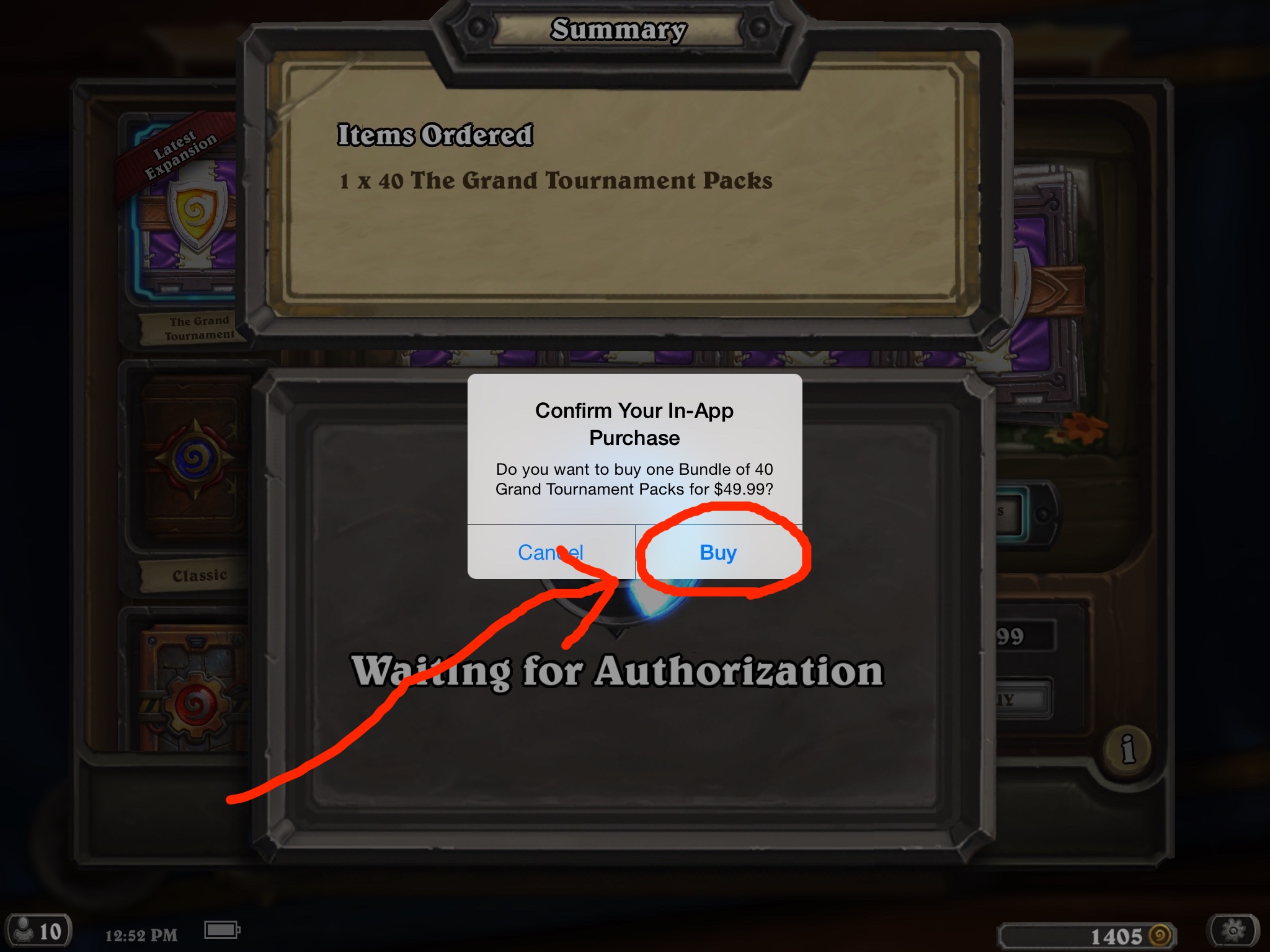 Once again you will want to confirm that this does in fact say you are buying “The Grand Tournament" packs. This will be your final warning, so take a second and triple check what’s happening. The only way to go back from here is to open a trouble ticket with Blizzard support. Once you’e absolutely sure this popup says “The Grand Tournament" and not “Goblins vs Gnomes" or “Classic", hit “Yes." After that, just two more taps to go: 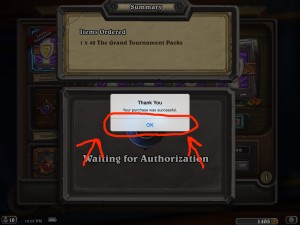 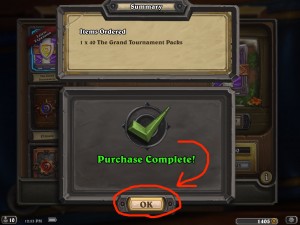 Once you hit “OK" on the two different popups that confirm your purchase was made, go mix yourself a drink and congratulate yourself for a job well done. You can then return to the main screen and hit the “Open Packs" button to see what is inside of the packs you just purchased. Alternatively, you can go back to the shop and buy more packs by starting back up at the top of this guide and repeating those same steps again.