Recently, we’ve seen sim-factory Kairosoft make efforts to mix things up a bit in their releases. In some cases, they’ve broken away from their established templates, while in others, they’ve revisited a familiar framework but gone considerably deeper with the simulation elements. Fish Pond Park ($2.99) is yet another release that feels like it’s outside of the norm for this little developer, though it’s not quite as successful with its approach as other recent efforts. You’re building and maintaining a business yet again, in this case a nature preserve of sorts, but the sim elements are lighter than they’ve been in quite some time. Instead of the usual case where the theme serves the simulation, in Fish Pond Park, all of your building and resource management is for the sake of some good old fishing.

It’s not a bad idea, but as is often the case with Kairosoft, their apparent mandate to being approachable means that the whole experience comes off a little too shallow. The fishing mini-game is meant to be the star, but it barely even scratches the surface in terms of options. The StreetPass fishing game available on Nintendo’s 3DS has more to it than the fishing does here. Unlike some of Kairosoft’s other games with important, less-than-satisfying mini-games, such as Grand Prix Story ($4.99), the simulation side of Fish Pond Park isn’t nearly enough to keep things interesting. I’d go so far as to say that the simulation elements in this game are perhaps the weakest of any of Kairosoft’s English releases so far. It doesn’t make for a very tantalizing combination, to be sure. 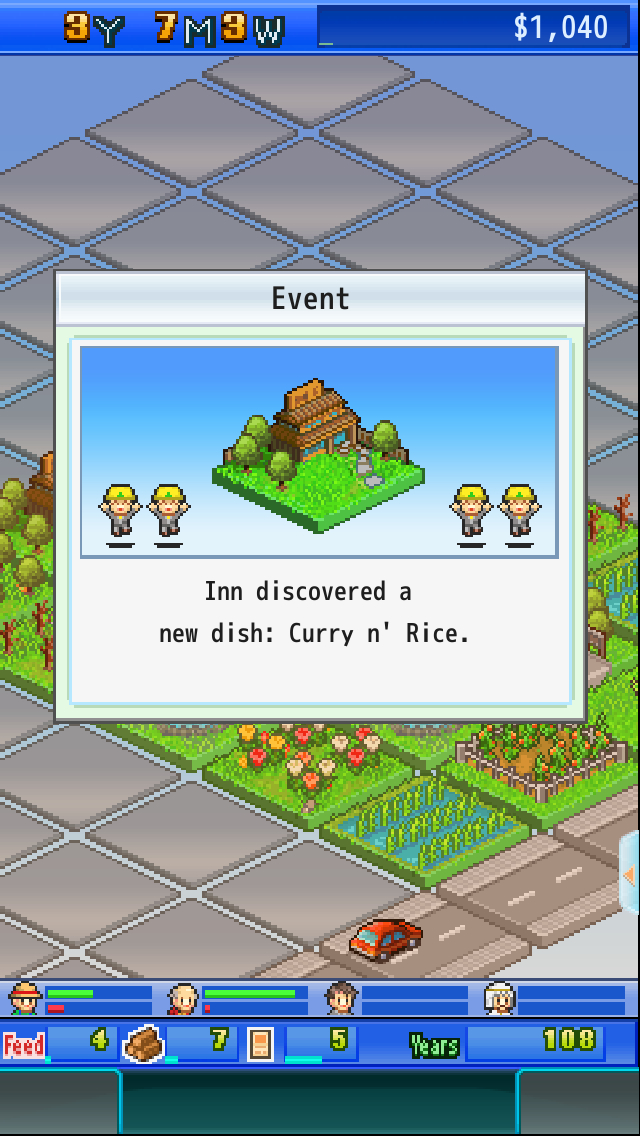 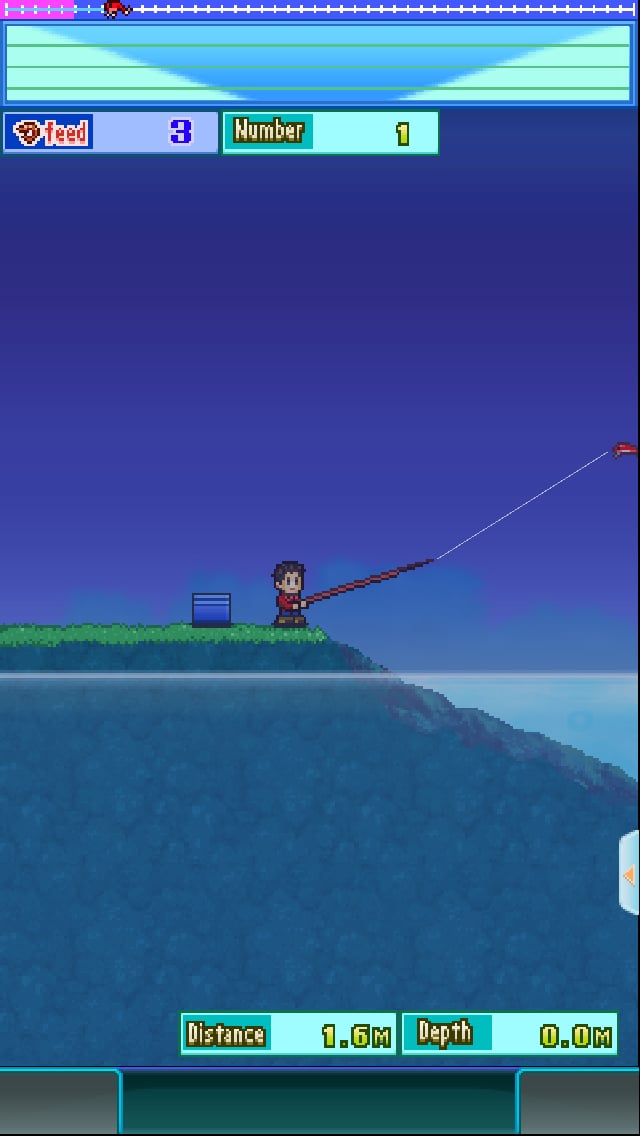 The fishing side of the game is pretty straightforward. Choose your gear, decide on how much bait you want to use, select the power of your cast, and then tap the button. You then use on-screen arrows to reel your line in. When your lure gets close to a fish, you simply have to tug the line gently a few times, and it should take the bait. Then, you simply reel it in with the arrow keys. If the fish is too powerful or your line is too weak, it might break free, but that’s pretty rare. Each fish you catch earns you some money, and is in fact one of the best ways to make an income early on. The fish don’t spawn on their own, so you’ll have to throw some feed in here and there to replenish their numbers. Occasionally a new type of fish will wander in when you do this. Catch it, and you’ll be able to add it to the regular rotation in your ponds.

You’ll need bait to keep the fish flowing, and that’s where the simulation side comes in. You start with a small plot of land divided into squares. You can drop cards in the squares to create things like groves, ponds, and rice fields. You’ll also have a tourist center where visitors will come and spend money. Your workers will trek around your land constantly, collecting bait and wood. The wood is used to perform improvements on any of your squares, increasing their value, attractiveness, and so on. The workers will also sometimes uncover a present which contains a valuable random item. You can use money to boost your chances of successfully receiving the contents of a present. Money is also used to buy new cards, invest in research, and pay for the upkeep on the park. The random items from the presents could be anything from a cap-raising item on one of your resources to a new card. 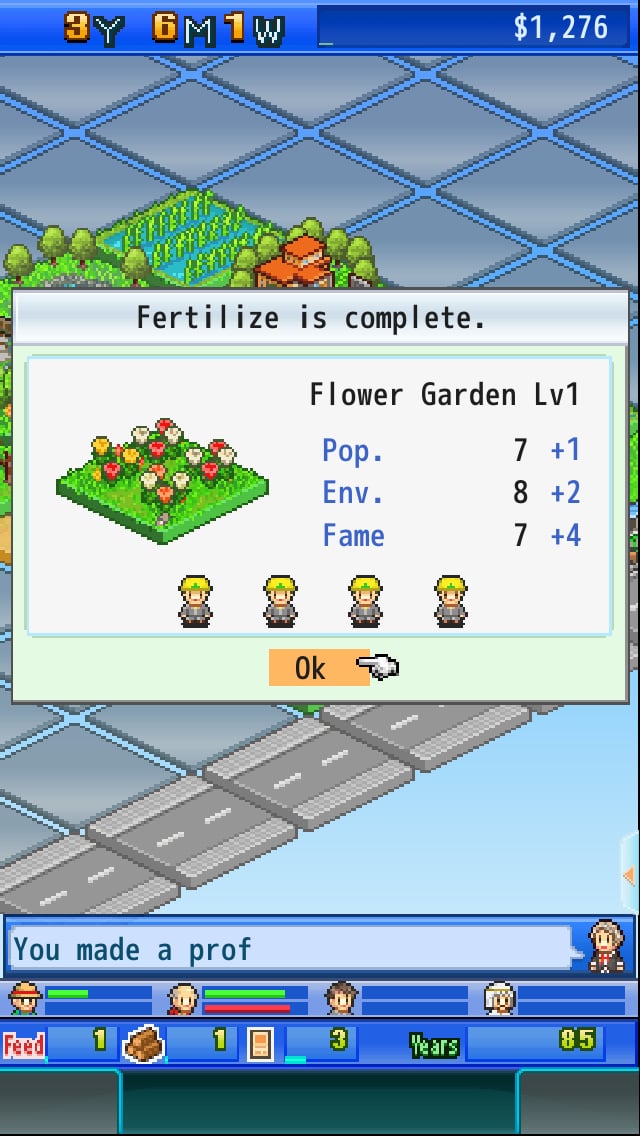 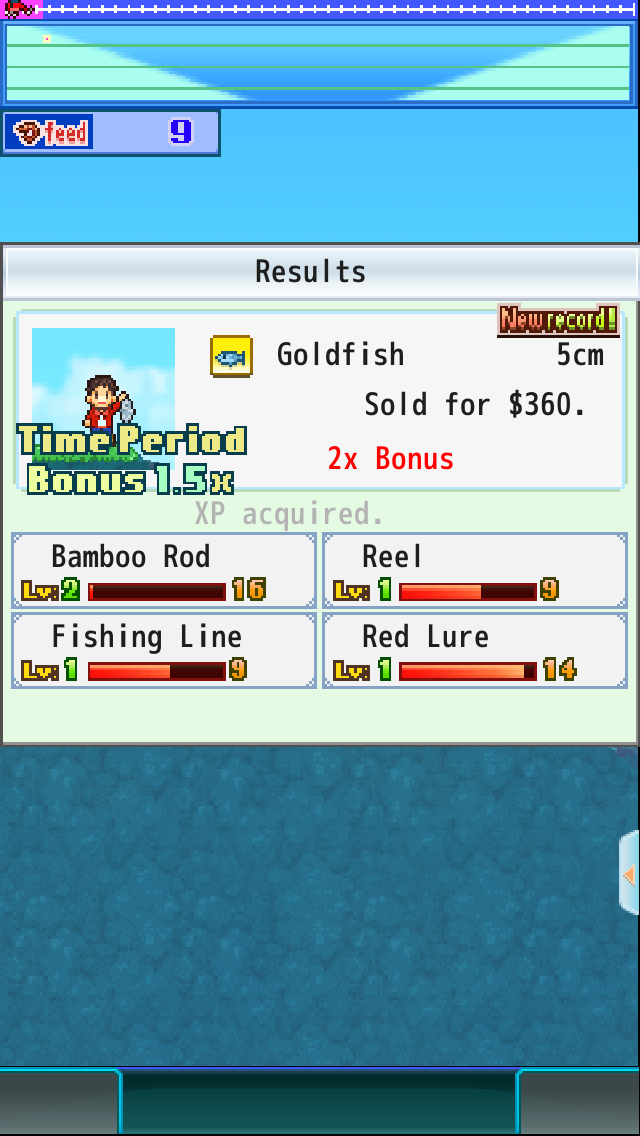 The research works a bit differently here from other Kairosoft games. First of all, other than the frequent visits from the traveling merchant, research is your only reliable way to get new items. Just about everything falls under its umbrella, including procuring new fishing gear, advertising, or increasing the dimensions of your park. The other interesting difference is in how it works. You can choose how much money you want to sink into it. The more you pay, the faster the research will be done. As you play, things require more and more money if you want to get your hands on them within a reasonable span of time. That means more fishing, with better gear, and bigger, stronger fish.

I’ll say this for Fish Pond Park: its two sides mesh well together. It’s always very clear how improving your park makes for more profitable fishing, and how fishing can help you run your park. The problem is that nothing really changes as you continue to play. The progression is so linear that by the time you reach fish that will give you a big fight, your gear will be good enough to bring it back down to more or less the same difficulty as the early fish. What starts off as a fun diversion soon becomes a serious grind, and you simply can’t ignore fishing if you want to make a proper go of things. The simulation side shows all of its cards pretty quickly, too. That problem is made even worse if you’ve been around the block before with Kairosoft, as things like simple combinations and the leveling mechanisms are all very familiar. With relatively few building choices thanks to the card system gating things, it’s hard to get excited even at important points like opening up new building space. Wow, more room for flowers and dead trees. Thanks. 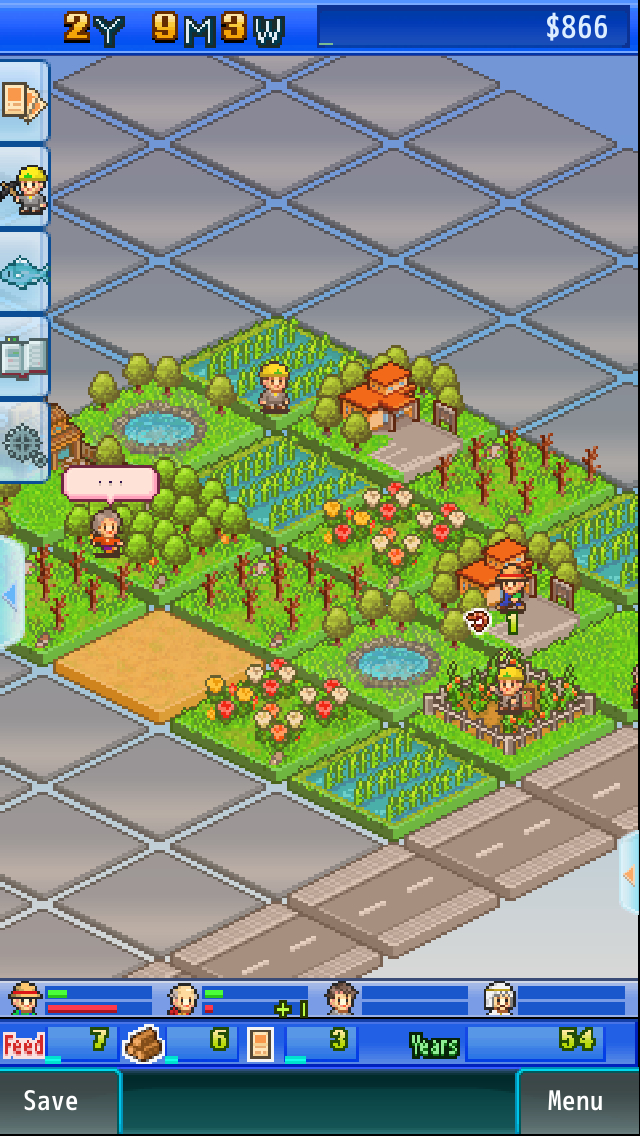 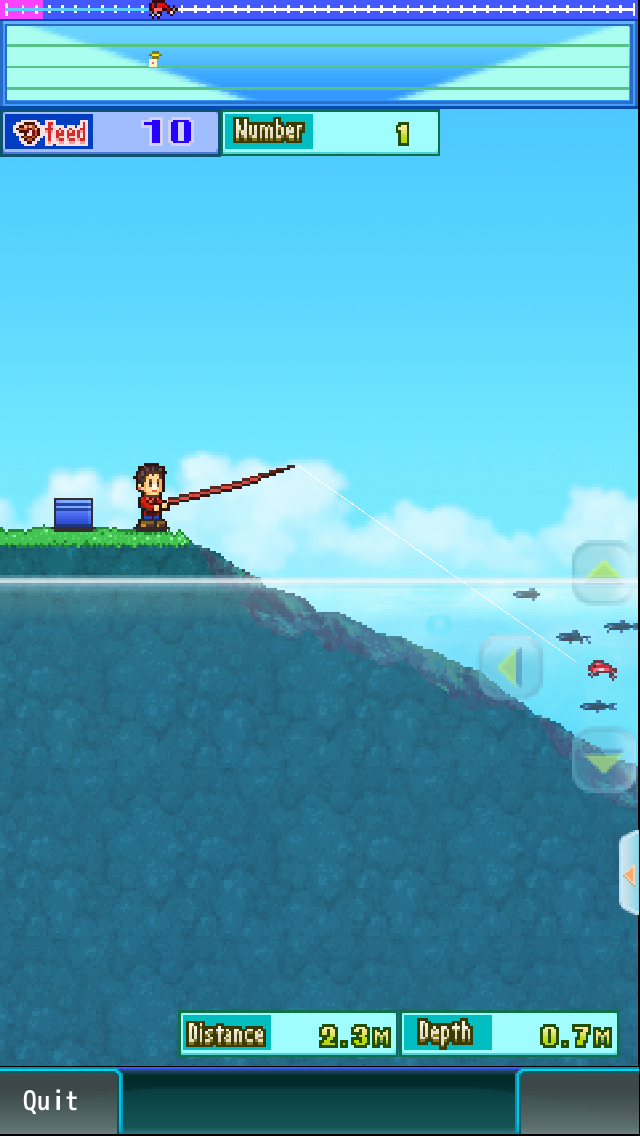 That all said, this is a Kairosoft game. If you put it in your mouth and chomp on it for a few seconds, you’ll certainly find the taste to be sweet enough to keep on chewing for a while. There’s even a certain mundane charm to the fishing, however much it may grow old with time. Personally, I think this is one of the weaker titles in the developer’s line-up, but if you like the theme you might have a bit of fun with it. It feels like a real missed opportunity, though. A game like this could be a lot more enjoyable if it just had a bit more to it on either end. As it stands, Fish Pond Park is an afternoon trip to the pond and not much more than that.