And the spoilers keep on coming. Blizzard is revealing more and more new Hearthstone (Free) Grand Tournament cards, and I’m quite excited that we still have a long way to go until we see all 132 new cards. Now, on to some of the new spoilers. The card that has my, and many others’, attention (not for its raw power, though) is the Legendary Justicar Trueheart whose Battlecry, replace your starting Hero Power with a better one, is bound to create all kinds of trouble. At 6 mana, though, and with 6/3 stats, this is quite a weak card, and its Battlecry doesn’t raise its value enough to make it worth a spot in most decks. However, a lot depends on what other cards we’ll see in this set because we still don’t know most of the synergies and combos from the new set. 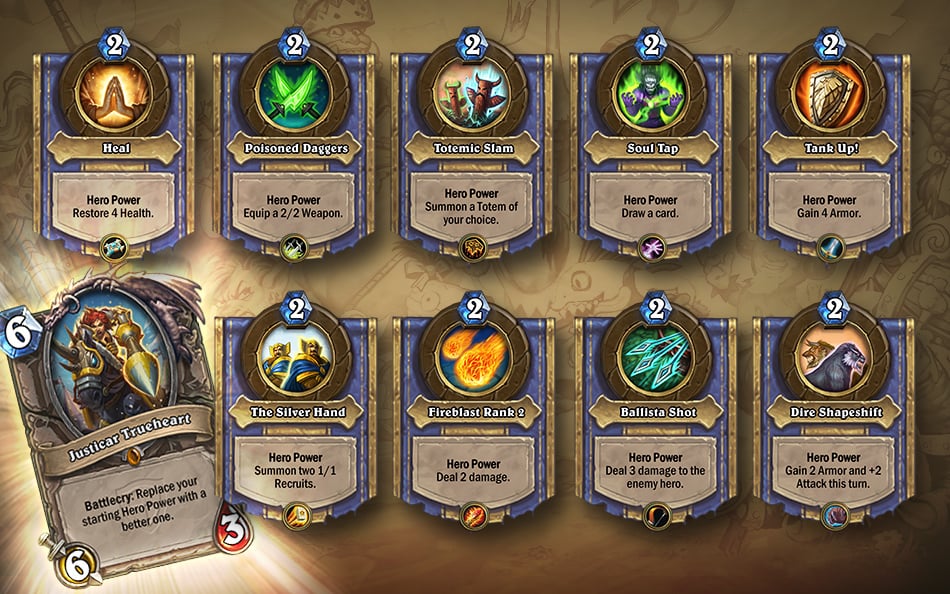 For most classes, the new Hero Powers are just a doubling of the original Power, with the Rogue for instance equipping a 2/2 Weapon instead of 1/2. The better version of the Warlock Hero Power removes the “take 2 damage" part, which solves one of the major weakness of Life Tap. The Shaman’s improved Hero Power is also interesting as it allows the player to choose which Totem to play; no more randomness ruining your plans. Justicar can provide some fun moments, and I will probably run it for entertainment value if nothing else. 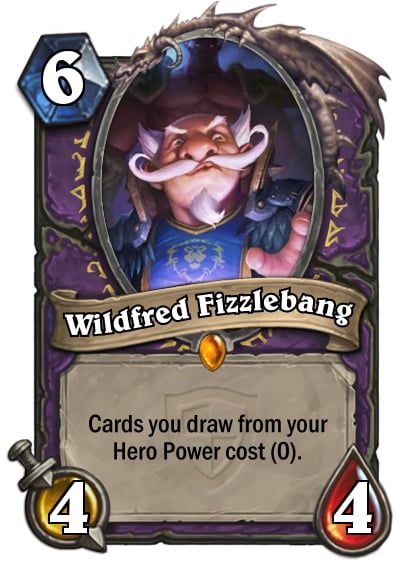 A few other new cards have also caught my attention. First, Warlock Legendary Wildfred Fizzlebang gets the award for best name ever. His stats aren’t good though, with 4/4 for 6 mana, and his ability to make cards you draw from Hero Power cost 0 will only make him work in control or combo decks. Since he needs the Hero Power to get value, you’ll probably need to play him at turn 8 unless you have other cards that make the Hero Power cost 0. Unless he’s accompanied by some other strong cards that help minimize his cost (perhaps even cards we still haven’t seen), I don’t see him getting much play. But, hey, Wildfred Fizzlebang!

The card I liked more is Tuskarr Totemic, a Shaman card that can really help Shaman’s early turns, especially if you get a lucky draw. But even if you don’t, the card’s still pretty good on its own and might make Shaman interesting again. The last card for today is Effigy, a very promising Mage secret. When one of your minions dies, Effigy summons a random minion with the same cost. However, it has the downside that most Mage decks run many small minions, so summoning a random 3-cost minion isn’t all that much. Still, Effigy and Duplicate can make Tempo Mage decks even more of a pain to play against by keeping the tempo going strong. 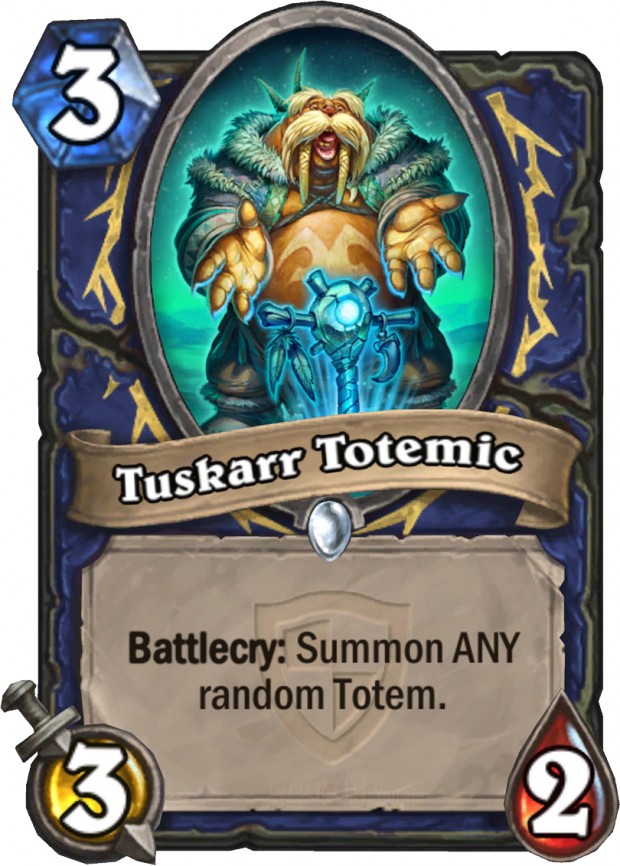 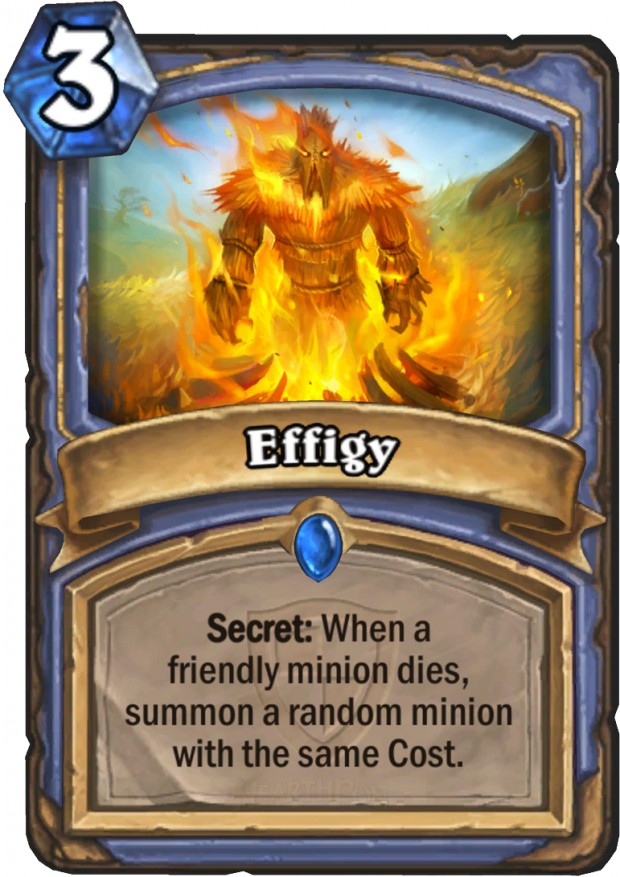 There are many other spoilers coming by the hour, and there’s no way I could cover all of them, so I try and pick a few that stand out either because they are really good, really bad, or just really fun. Always keep in mind that any analysis we do is on the blind side as we know but a small percentage of the cards to come; a card that looks awful now might work really well with 3,4 new cards that we still haven’t seen. We’ll continue to bring you more spoilers as they’re revealed since many of you want to keep on top of this huge game and this huge expansion.