Well, just as the rumors suggested, Blizzard just announced a brand new card set for Hearthstone (Free). Pirates vs Ninjas? Nope! Tauren vs Wargen? Not that either. Not The Lich King vs Battle Pets either… Nope, it’s The Grand Tournament. The people who were guessing it was going to be the Argent Tournament were pretty close, but, not quite on the money.

The theme of the set follows all the different factions of Warcraft lore who were invited to a tournament which, of course, is a silly tournament and not anything near as serious as the Argent Tournament.

Here’s what the new board is going to look like for this expansion, which is going to be even more interactive: 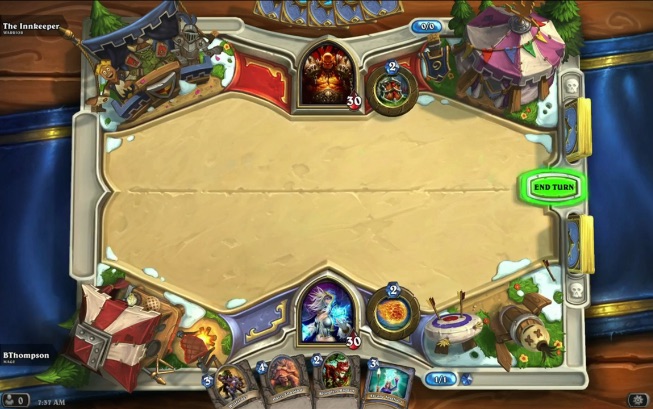 There’s going to be 130 new cards, and you’ll be able to preorder a pack of fifty packs. The Grand Tournament will kick off next month!