Illusion Labs is easily one of my very favorite developers, with their trademark colorfully cute 3D visuals and long tradition of taking familiar genres and mixing them up with clever controls and unique gameplay mechanics. Sway (Free) was among the first games I ever bought on my iPhone, and I’d argue that Touchgrind Skate 2 (Free) is one of the best skateboarding games on any platform. Even their dinky little kart racer Rocket Cars (Free) stole my heart recently, and it’s one of the few free-to-play games that I actually 100%’d.

It’s safe to say, then, that anything new they release is going to be on my phone quicker than Nintendo can make their first App Store million. And that’s how I came to be reviewing their latest little gem, Nono Islands (Free). It’s an interesting hexagonal platformer that plays a bit like Crossy Road (Free) (as every game is contractually obligated to these days), while still maintaining the developer’s modus operandi of making everything they touch feel new, fresh, and fun. That’s not to say it’s without problems, as we’ll see. But we’ll get to that. 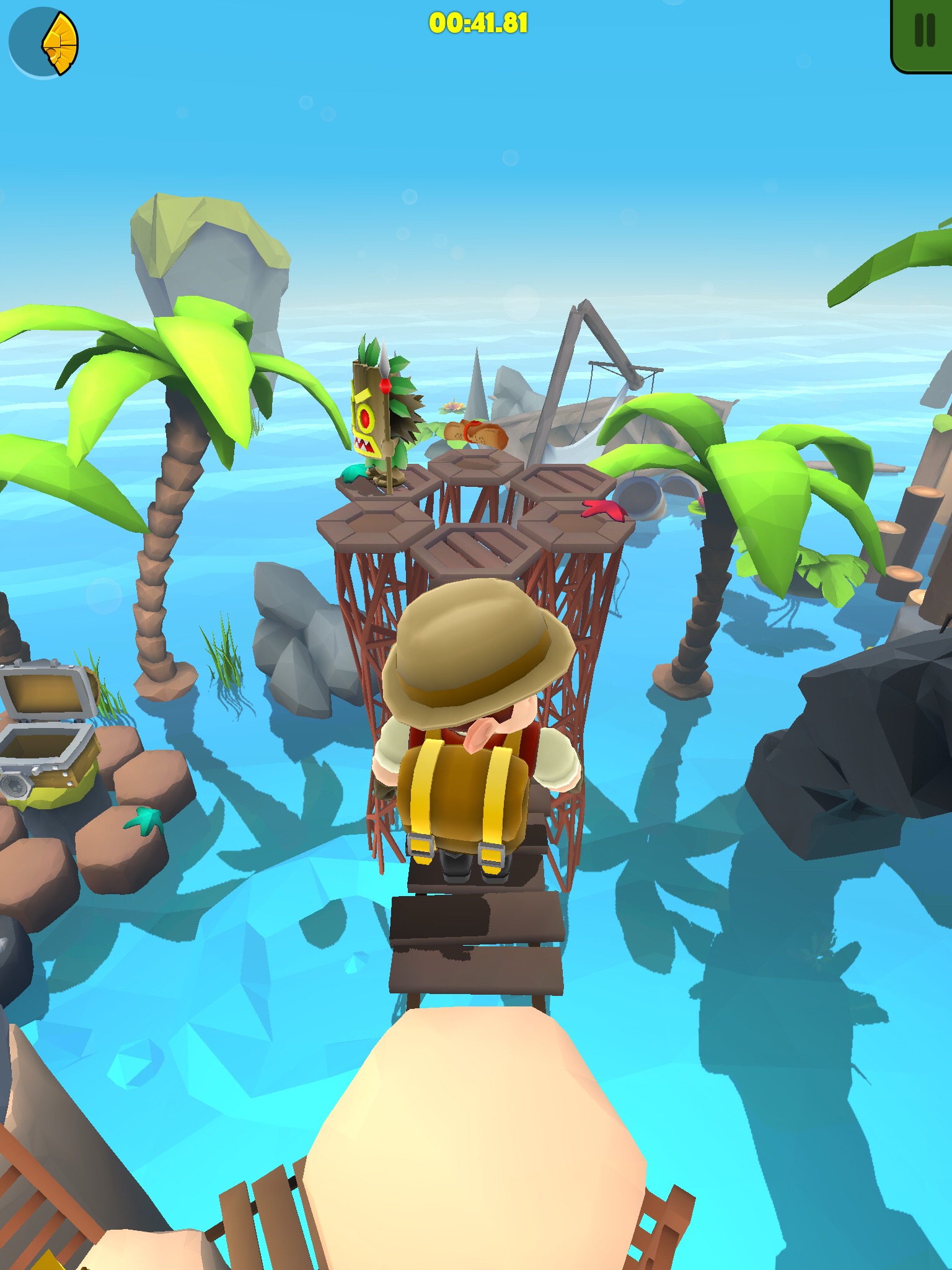 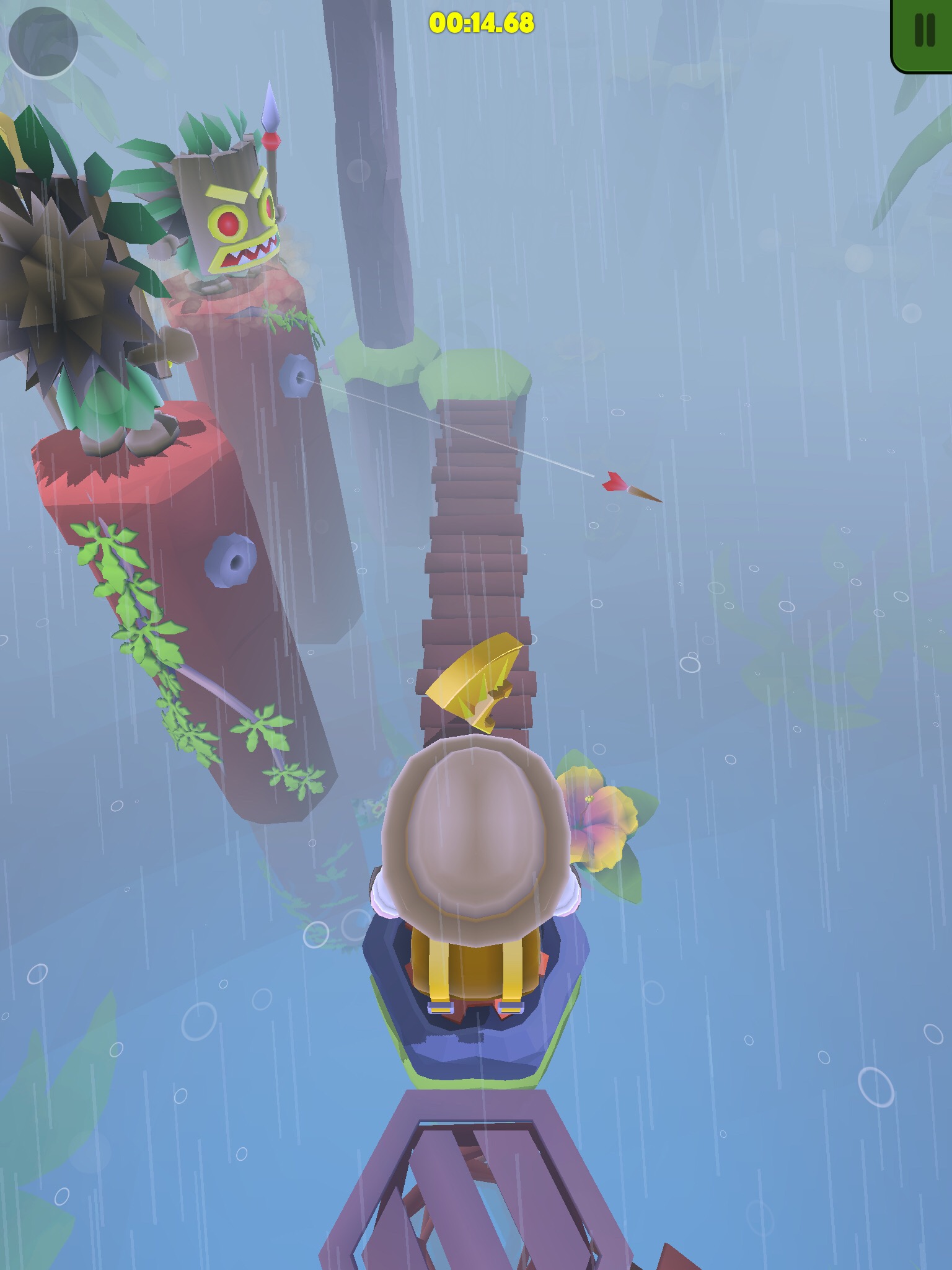 In Nono Islands you take on the role of a male or female Indiana Jones type character who finds him or herself stuck on a series of small islands. At the most basic level, your goal is to simply hop from the first tile to the last without dying. There are tons of hazards, enemies, and traps along the way that must be avoided, or you’ll be quickly reduced to a pile of adorable cartoon remains. For the completionists out there, there are also pieces of golden artifacts scattered around each stage, along with a hidden treasure map that goes toward unlocking a final “boss" level on each island. It all comes together really well and is a ton of fun, especially if you want to compete with your Game Center friends by speedrunning each stage. (I’m coming for you, Andy!) 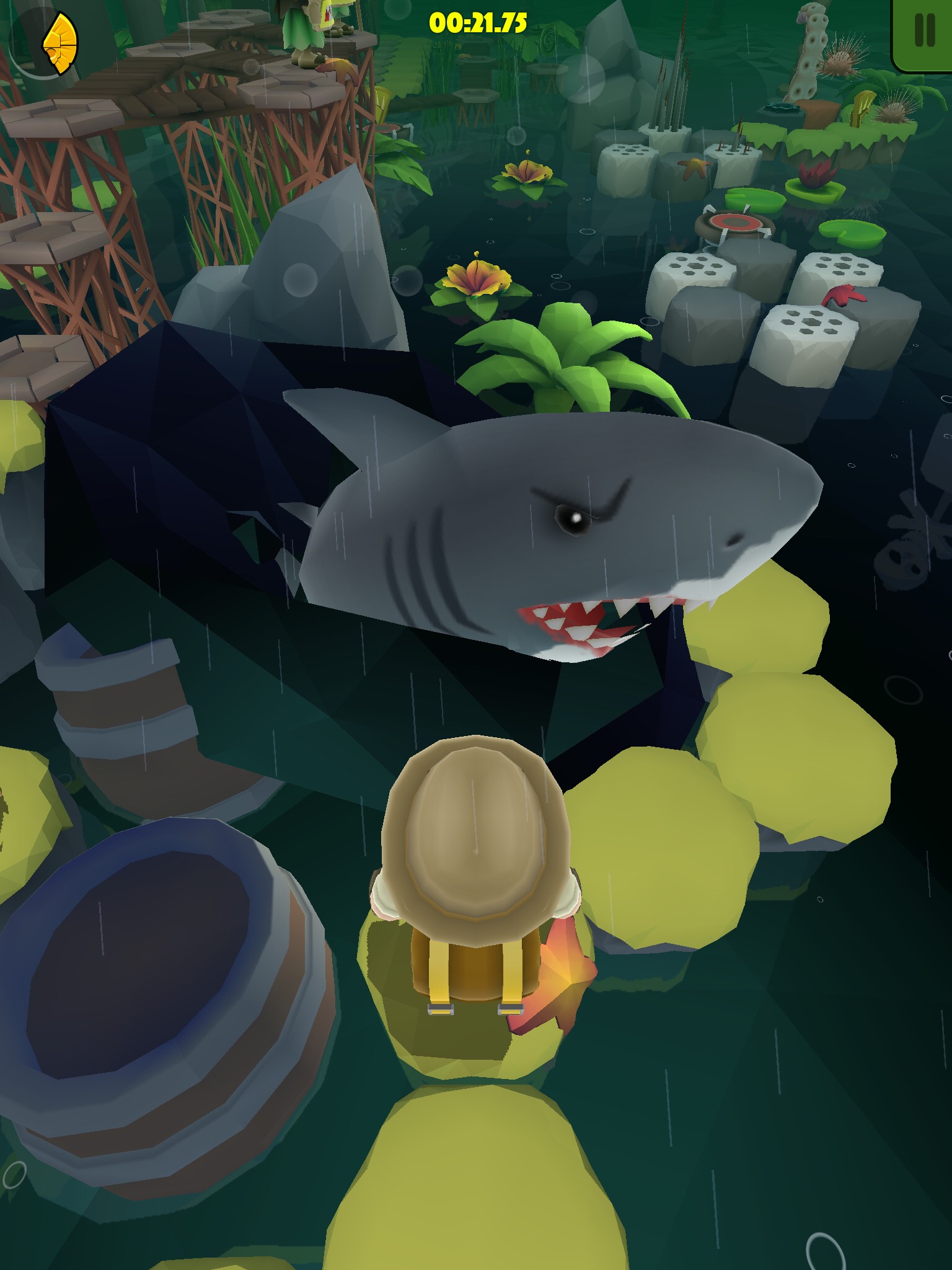 While most of the time you’re just trying to get from A to B as fast as you can, the game can also be fairly puzzle-y. You can only move by hopping onto one hexagonal tile at a time, so quite often you’ll be sitting in one spot as you survey the path ahead to figure out the best way to proceed. If you move too fast or too slow in certain sections you might be eaten by a shark, bit by a spider, or slapped by an ape. You’ll also find yourself in situations where you might not be facing the right direction, and you’ll need to find the best way to back up and turn yourself in the correct direction–and often in a hurry. It can be surprisingly challenging, and it feels great once you finally beat a difficult level.

Unfortunately, I do have gripes. First and foremost is the controls. They work like Crossy Road, with a tap to move forward and a swipe to move in any other direction. It sounds really simple, but I’ve had numerous occasions where the game misreads my inputs. For example, I’ll be at the very end of a level and I tap to move forward, but the game thinks I swiped down and I end up backtracking onto a spike. That really hurts (in several different ways). I’m not sure what kind of dark magick The Quest Keeper (Free) employs for its swipe controls, but I wish this game was as consistent and responsive as that one. 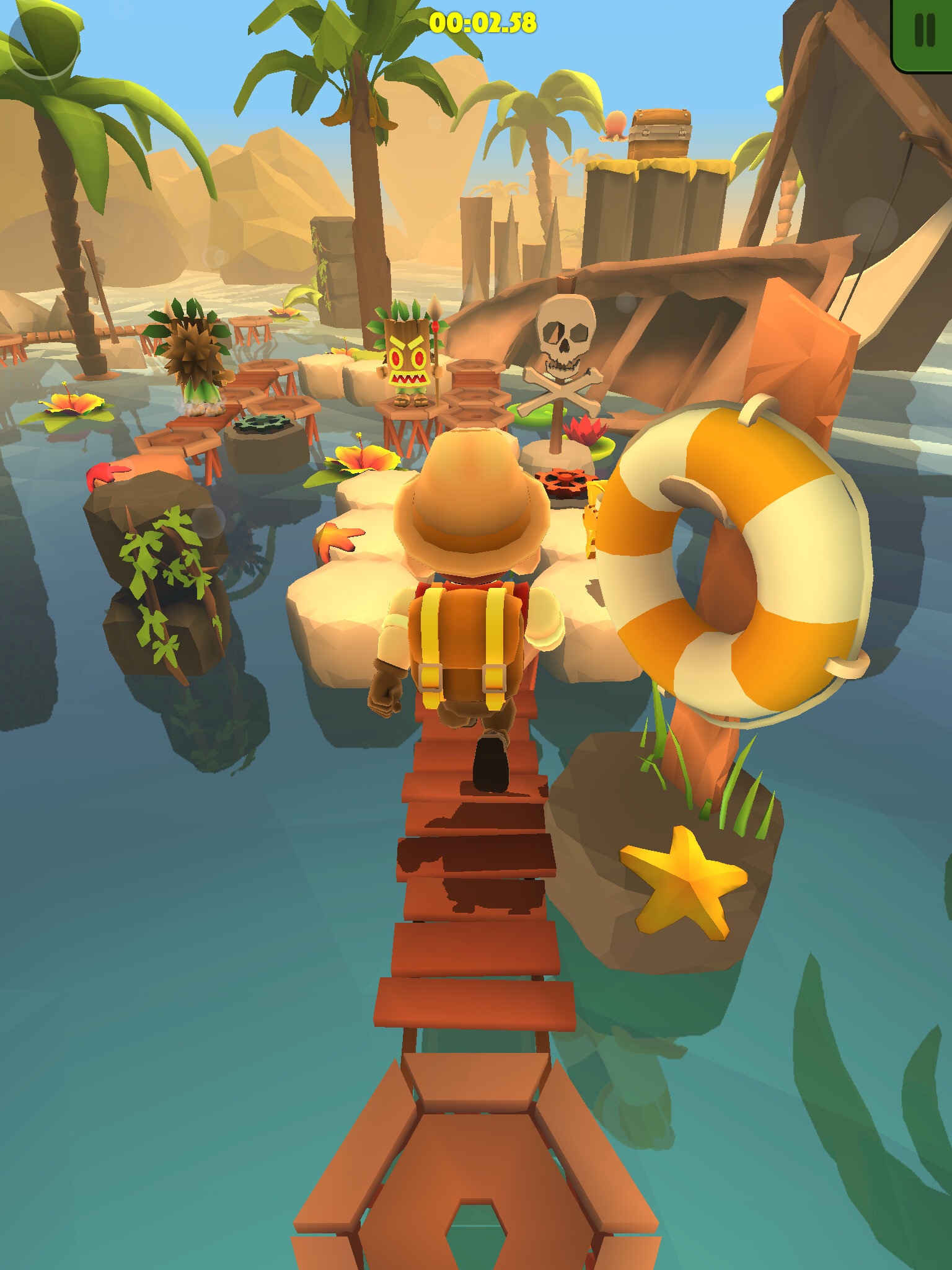 My other  main gripe is with the camera controls. Namely, that there aren’t any. The game always shows the view from behind your character, which is fine 95% of the time. The other 5% of the time you can’t see what’s directly in front of you, which often leads to deaths that feel mighty unfair. You could say that part of the point of the game is to memorize where things are through trial and error anyway, but that argument gets tricky when you factor in the way the game is monetized.

See, it has a checkpoint-based payment model rather like Retry (Free) or Smash Hit (Free). If you die during a level, you have to start over from the beginning of the island–unless you pay a token to save your place. You can also pay three bucks to ditch the token system altogether and unlock all the checkpoints at once, which basically amounts to a premium unlock for the game. It’s a more than fair price, but if you decide to go the free route instead, be prepared for a lot of frustration. If you don’t have any tokens left (and trust me, they run out quick) you’ll probably be playing the same levels over, and over, and over as you try to complete each one in a row without screwing up. And when you finally make it to the last level of a difficult island and you’re killed by a misread tap or swipe, that three dollars starts looking pretty enticing indeed.

Nono Islands isn’t the best or most original game Illusion Labs has ever come out with, but it’s still a damn good one. My frustrations with the controls and camera angle can both be greatly alleviated by purchasing the All Checkpoints IAP, since you won’t have to start every island from scratch whenever you mess up. (And don’t misunderstand me: The IAP isn’t there to solve technical issues, it simply makes everything in the game way, way easier.) If you don’t have three dollars to spare, the game is still a lot of fun–and much more challenging–without spending anything. It’s free with no ads, it looks amazing, and you can race your friends up the leaderboards by speedrunning each level. What are you waiting for? This is Illusion Labs we’re talkin’ about here.