I start this review of Til Morning’s Light ($3.99) off with a treatise on WayForward Technologies, the developer of Til Morning’s Light. They are, to me, a solid B-grade developer. They make games that are usually good to decent; I don’t know if they have any truly great ones on their resume. I’d say their best game is probably the original Shantae, which I actually own the original cartridge of. Regardless, they’re a developer that you should generally get reasonably excited for when they get to work on a licensed project, because it means that it’s probably not going to suck. Well, Adventure Time: Explore the Dungeon Because I DON’T KNOW was not good, but I think that might have just been them going outside of their comfort range, not knowing what makes a dungeon crawler great, or maybe that game needed more than a year of development. But hey, at least the two Zelda-aping Adventure Time games they did weren’t bad! And Double Dragon Neon is a solid beat ’em up. 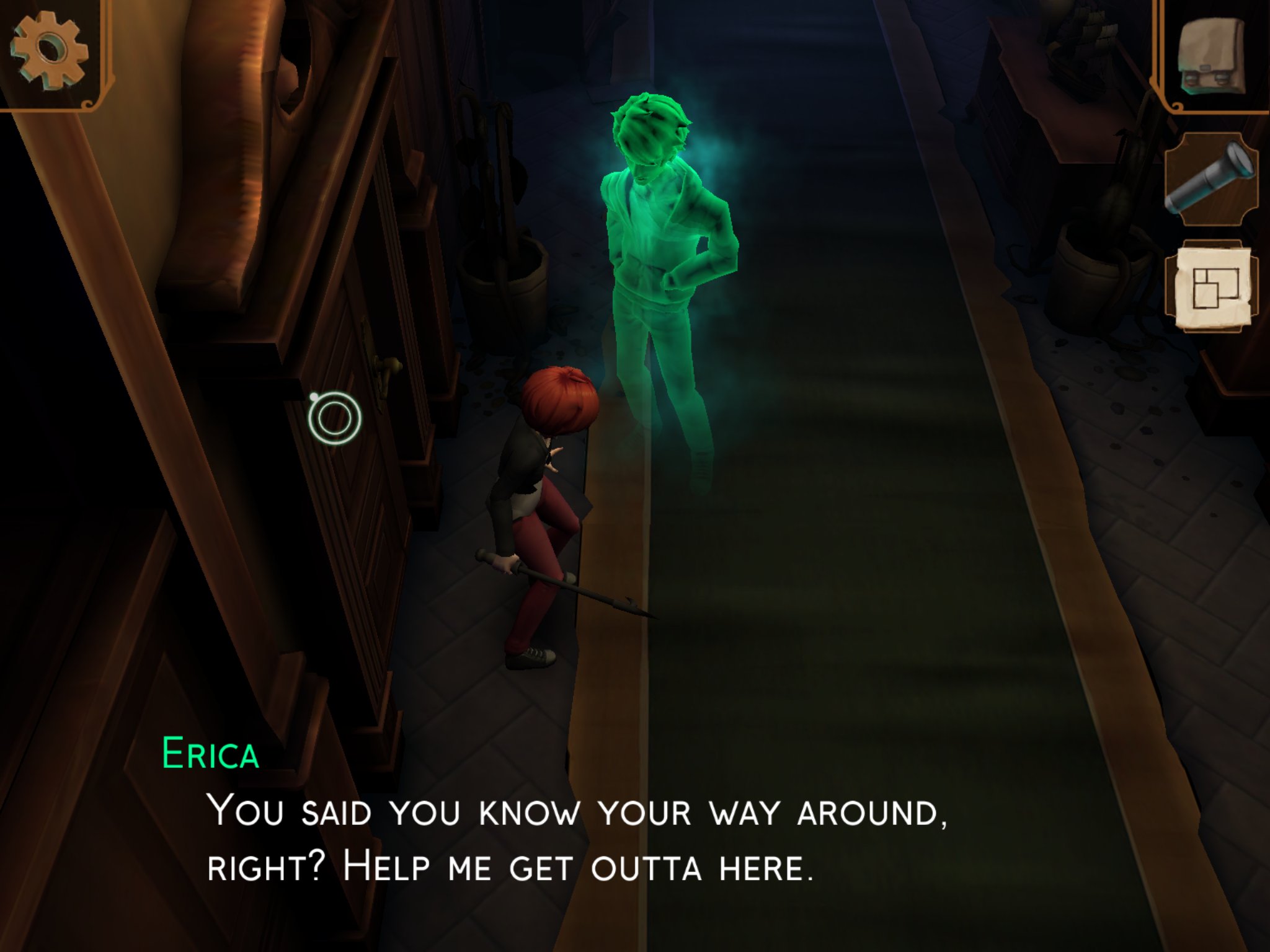 Even WayForward’s failures are noble ones. At least that AT dungeon crawler was a cool concept, albeit one that probably needed to play at twice the speed to be fun. And Sigma Star Saga on the Game Boy Advance? Its random battles were too frequent and too long, but the whole concept of shmup-meets-RPG with multiple endings was cool on paper, and had rad art. Contra 4 was great! DuckTales: Remastered ($4.99) was quite solid! Their history is either littered with either the odd gem, games that if you played weren’t that bad, or noble failures. We’ll pretend Ping Pals, a chat game for the Nintendo DS that was pointless thanks to Pictochat, never happened.

But generally, I’d say if it’s made by WayForward, on average, you should expect something that’s good, if not really essential. Though, Shovel Knight, from former WayForward staffers, is definitely an essential game. If you never played the Adventure Time games, you’re not really missing out, but they’re full of fan service if you have played them. Double Dragon Neon? I paid probably $2.49 for that one on Steam, and a friend and I had fun one night playing that one for about 40 minutes. Really, expect three-and-a-half star efforts out of WayForward. Maybe four if you’re lucky. Their games are consistently pretty decent. Maybe you’d be fine if you didn’t play them, but if you did, you’d probably have some fun. For games that are generally based on licensed properties, that’s a perfectly reasonable proposition.

So, yeah, that’s Til Morning’s Light kind of falls in their wheelhouse, albeit as one of their few original titles. It’s a decent effort, but nothing spectacular. 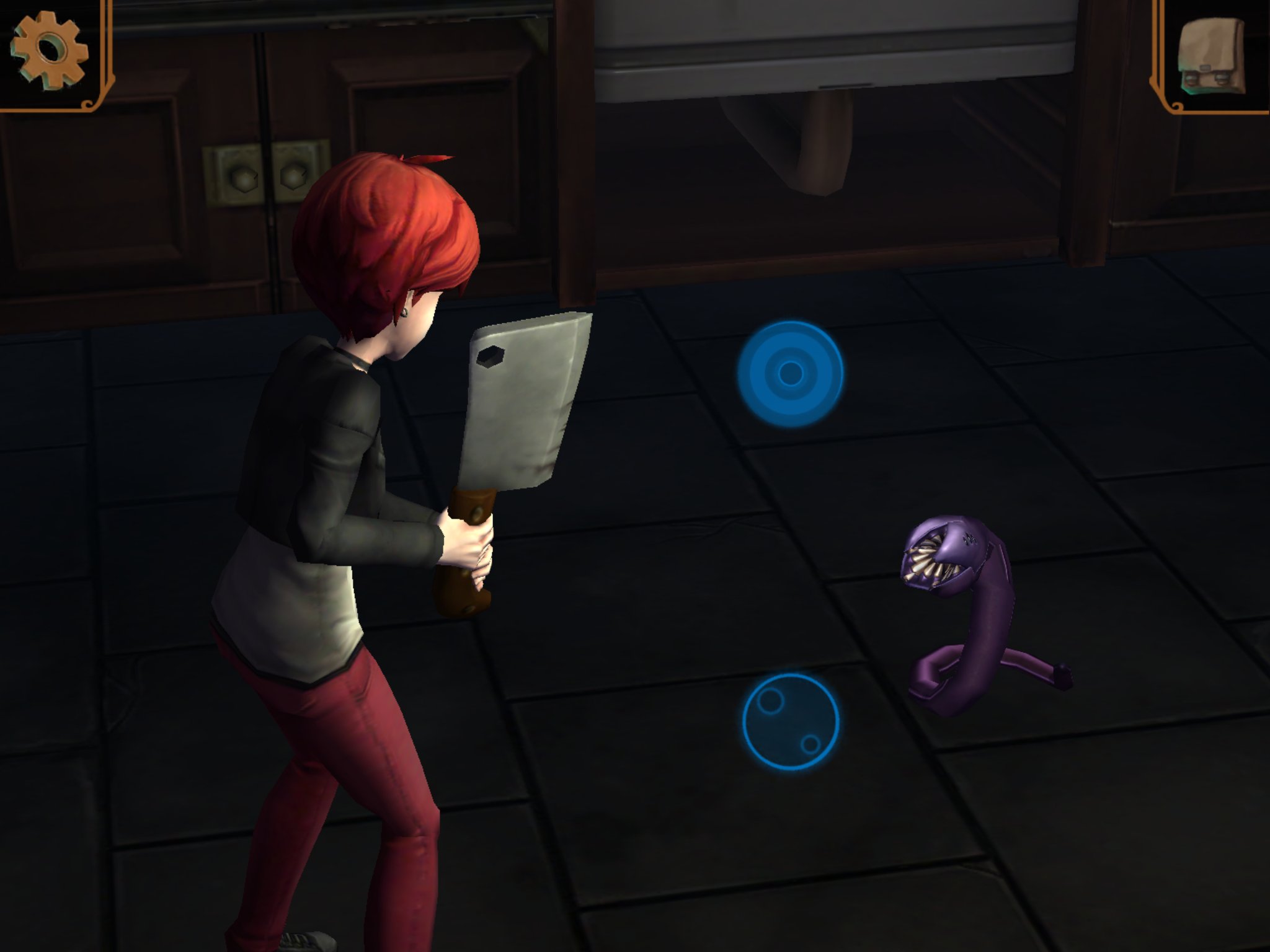 You play as Erica, a teenage girl who has to deal with a whole host of unreasonable people. First, she gets locked in a spooky mansion by the meanest mean girls who ever lived. Regina George is telling them to cool it down. Look, Erica starts out as a bit of scared crybaby, but she’s a teenage girl. That time is hard enough without fake friends locking you in the mansion one of you old friends got lost in, apparently.

It turns out that the mansion is ruled by some vengeful spirits who are mostly just undead jerks who might be killing people who keep visiting this mansion for some nefarious purpose. Or maybe it’s because they’re jerks, because they are. They also are extremely inappropriate, with a succubus talking about the famous men throughout history she’s “been with." Come on, does Erica need to know that? You’re already rather evil-looking. She gets the point. 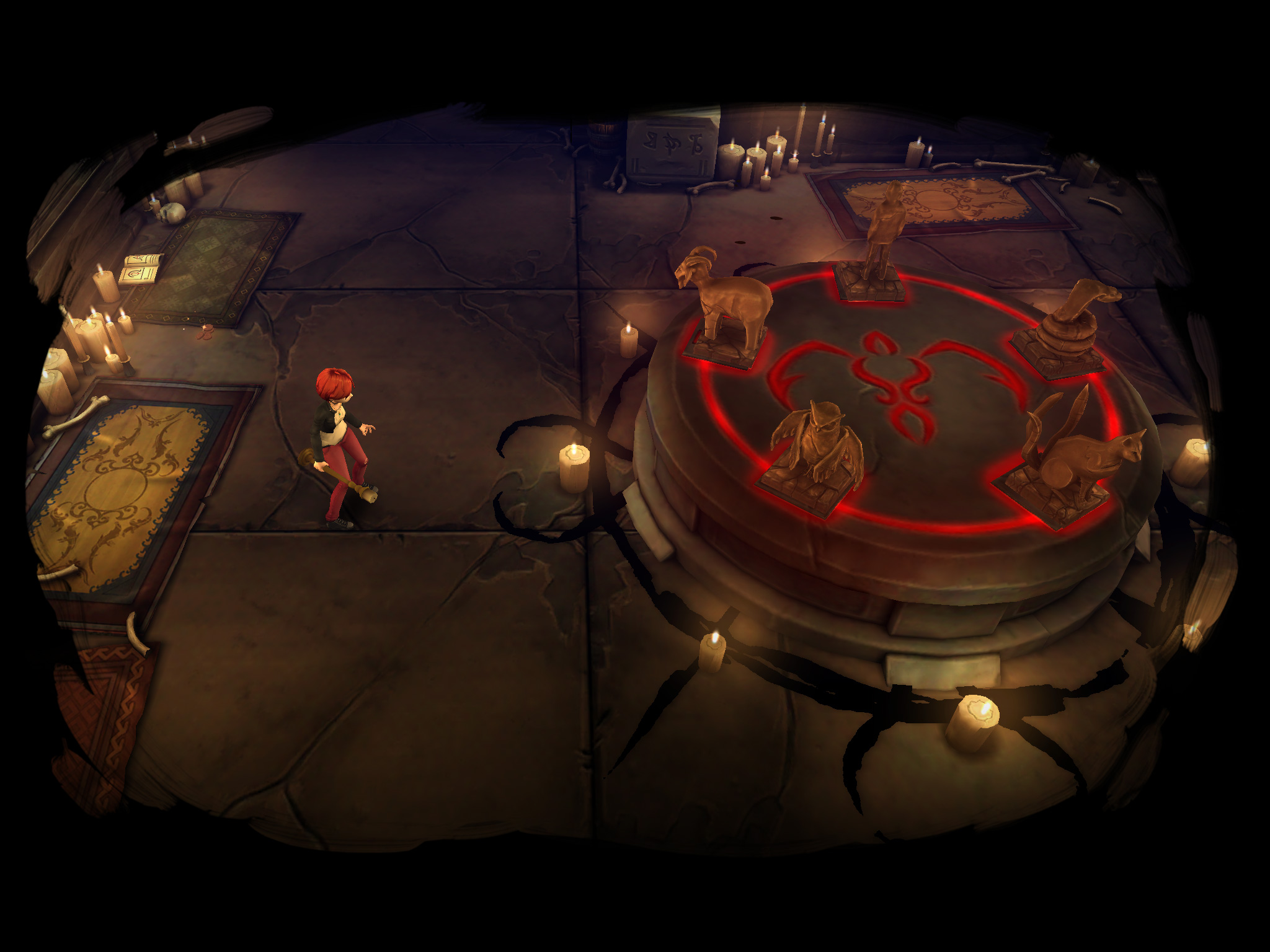 But all these people are really just jerks because Erica really doesn’t care about whatever grand arcane rituals or evil works they have planned, she just really wants to go home and maybe exact revenge on those jerks who locked her in the mansion in the first place. And since these supernatural jerks have been dragging their feet on unleashing evil upon the world, beyond said succubus getting some action with presidents, frankly, I like Erica’s chances of living a full, healthy life without them unleashing their wrath upon the world. But no, they won’t let her out.

Big mistake, as Erica might be scared, but she’s tough. Supernatural spirits and freaky creatures are nothing compared to dealing with teenagers. Also, Erica knows how to wield a large candlestick with authority.

The game has you exploring a large mansion, largely performing puzzles of the box-pushing and fetch quest variety. A door will be locked, and to get the key, you have to collect different items to cook a stew, or something similar. It’s cliche “video game" stuff. 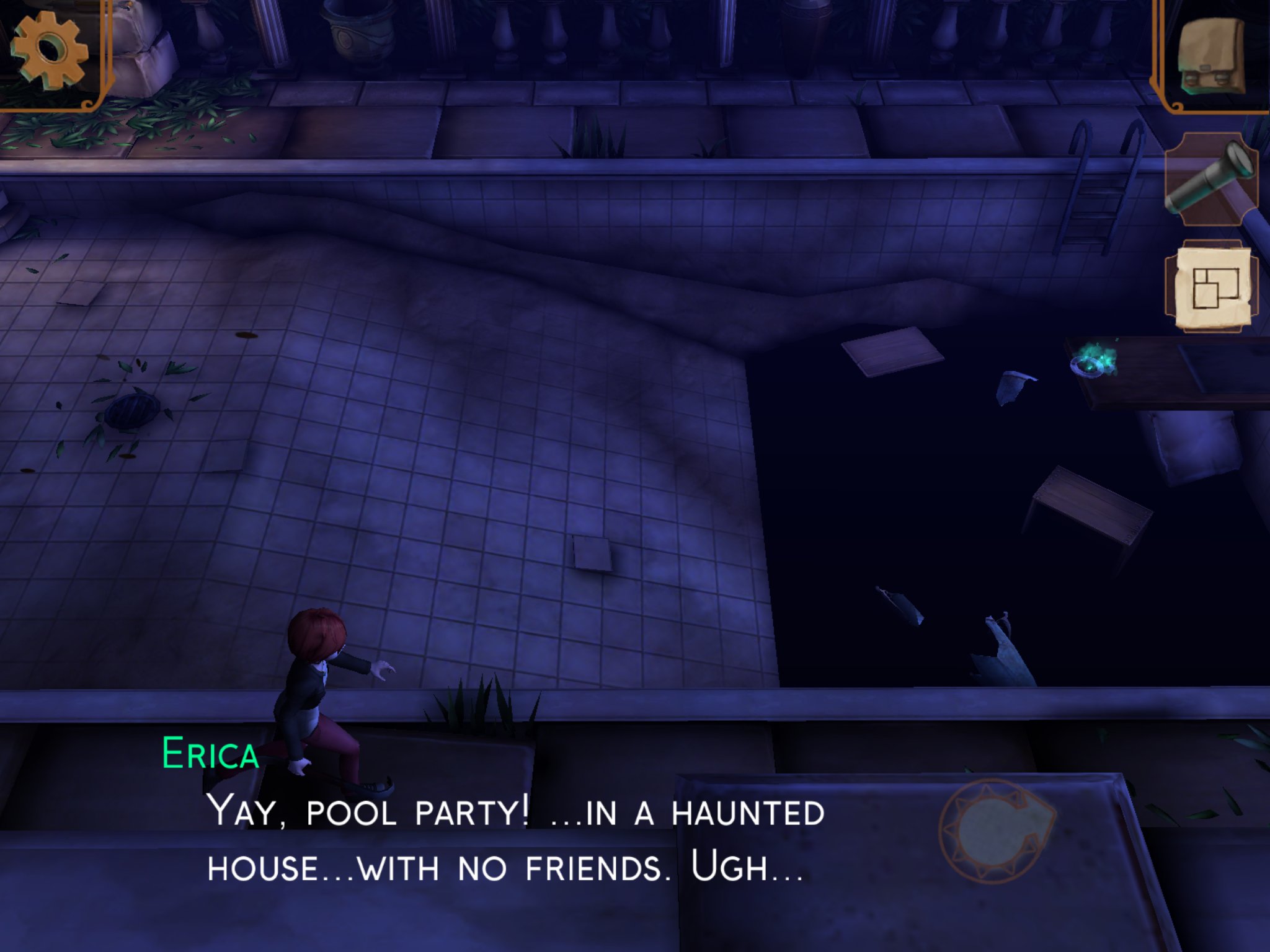 The combat involves performing different timing games, like tapping when two circles intersect, swiping in different directions, and more. Sometimes, these indicators come in at different speeds, so you have to tell which is next, as if you miss one, the enemy can attack you. Nail everything, and you won’t take any damage. Thankfully, health items are abundant, and dying is pretty tough. Oh, and you can even use health items mid-battle, so as long as you’re paying attention, you should be fine.

The game’s puzzles aren’t really that difficult, especially as you can just straight-up buy hints that tell you exactly how to do them. These cost coins, which will prevent you from buying other consumable items, but again – the game’s not exactly Wayward Souls ($7.99) in terms of challenge and demand to use your items smartly. Plus, you can buy an item that gives you money whenever you enter a room, along with the piles of cash floating around everywhere. Again, not a difficult game.

I feel like I don’t have much interesting to say about the game, because it’s just not that exciting. It’s a decent game for decent people. The box-pushing just feels overly familiar. The game isn’t challenging at all. The story isn’t awful, nor is it great, it’s just slightly humorous and it’s there. This is a game that exists, doesn’t push too many barriers, just kind of is happy to sit there, exist, and maybe mildly entertain someone who plays it. I was mildly entertained. My time with the game wasn’t awful, but I wouldn’t go to my grave regretting not playing this if I hadn’t, and playing it is low on the list of mistakes I’ve made in my life. If anything particularly intrigues you, say if you’re looking for a game with a female protagonist who beats up monsters with a shovel, you’ll probably love this. If you like the idea of horror but don’t like actually scary things, like if Amazon’s Lost Within freaked you out – and that game was not for me – this game’s Scooby-Doo level of heebie-jeebies will be more up your alley. If there’s nothing that really intrigues you, this will probably fall flat.

I mean, this is definitely a well-made game. The voice acting is solid, the visuals and sound are good, and the game actually controls pretty well with both a virtual stick and tap-to-move controls. I’m glad to see Amazon Game Studios publishing a decent game from a developer I like – and trying to do premium games, too. Til Morning’s Light just feels like it’s the kind of game that could have been great and special with some more work. But as it is, it’s an okay game. Not essential, but if you pick it up, it’ll be perfectly fine. It’s a quintessential three-and-a-half stars game.