Oh, times are good for fans of computer RPGs these days. But they weren’t always so good, friends. During the late 1990s, when PC gaming died the way console gaming is dying today, things were pretty dire. There was one consistent sparkle of hope during those dark times, however, and that was the Dungeons & Dragons Infinity Engine series of games from Bioware and Black Isle. Those five games helped keep the fires burning for many a PC RPG fan, and I think it’s pretty fantastic that we can play three of them on our mobile devices today. Beamdog and Overhaul have done a great job adapting them to mobile user interfaces, and it’s hard to argue with the value for your dollar on each of them.

Well, it’s even harder to argue with that value at the moment. Baldur’s Gate: Enhanced Edition ($9.99), Baldur’s Gate 2: EE ($9.99), and Icewind Dale: Enhanced Edition ($9.99) are all on sale for half-price, or $4.99 each. Any one of those games offers up dozens of hours of content, filled with such things as deadly dungeons, magical treasure, nasty villains, dialogue trees, and miniature giant space hamsters. If you’re an RPG fan, you should probably own them all. Maybe you already do! In which case, I must apologize, as this story is probably of little interest to you. 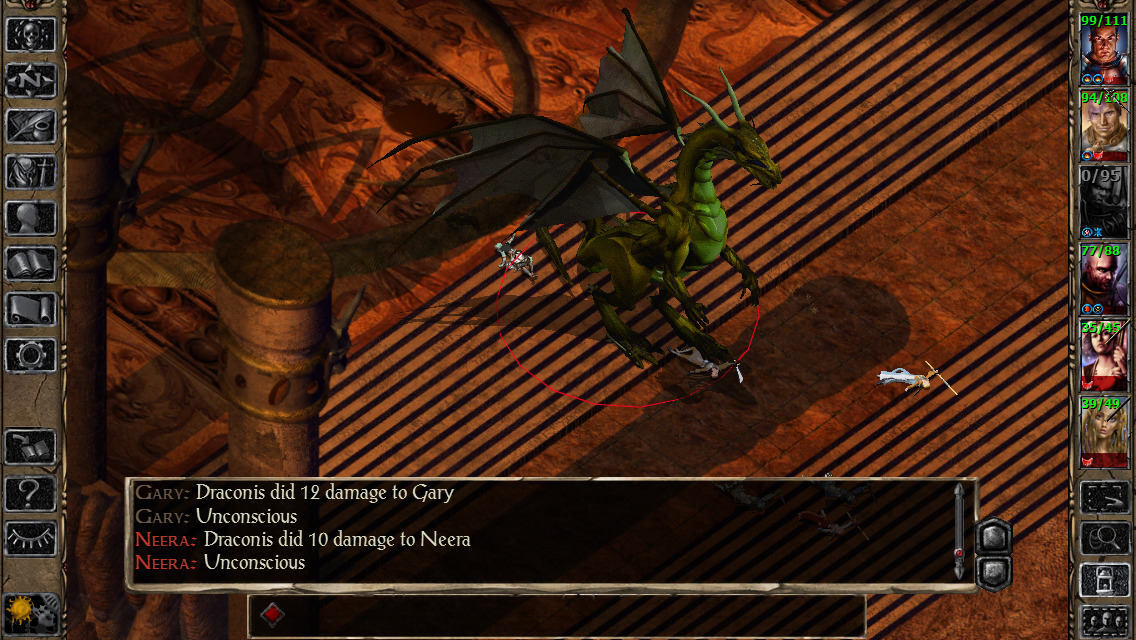 The real question is, where does Beamdog go next? There are two more Infinity Engine games, and each one presents certain challenges. Icewind Dale 2 was an odd duck that used D&D 3rd Edition rules and made use of a totally different UI. At the very least, it would apparently require significant reworking. That leaves Planescape: Torment, which seems less a matter of ‘if’ and more a matter of ‘when’. There’s almost certainly strong demand for an Enhanced Edition of the game, and Beamdog has tweeted vaguely about the original game of late. If I had to guess, that’s where I’d put my chips, but it’s harder to guess when it could happen. In the meantime, why not enjoy their current releases at some ultra-low pricing?