I rag on Kemco quite a bit sometimes, but I really have to commend them for sticking to their guns even as the whole market has changed around them. Just about every month, we can look forward to getting at least one traditional JRPG, albeit with wildly varying levels of quality between titles. To the best of my knowledge, they are pretty much the last publisher on Earth regularly serving that niche, as even companies like Square Enix are shifting further towards the popular social RPG model that has captured the affections of Japanese gamers. I may not like every game they release, but I greatly appreciate what they’re doing. Their latest iOS release in English, Legend Of Ixtona ($2.99), has the publisher taking on a slightly different, but no less traditional, model of RPG. It’s an isometric turn-based strategy RPG in the style of Yasumi Matsuno’s Tactics series of games, and although it’s a bit rough, it’s surprisingly decent for a first effort. 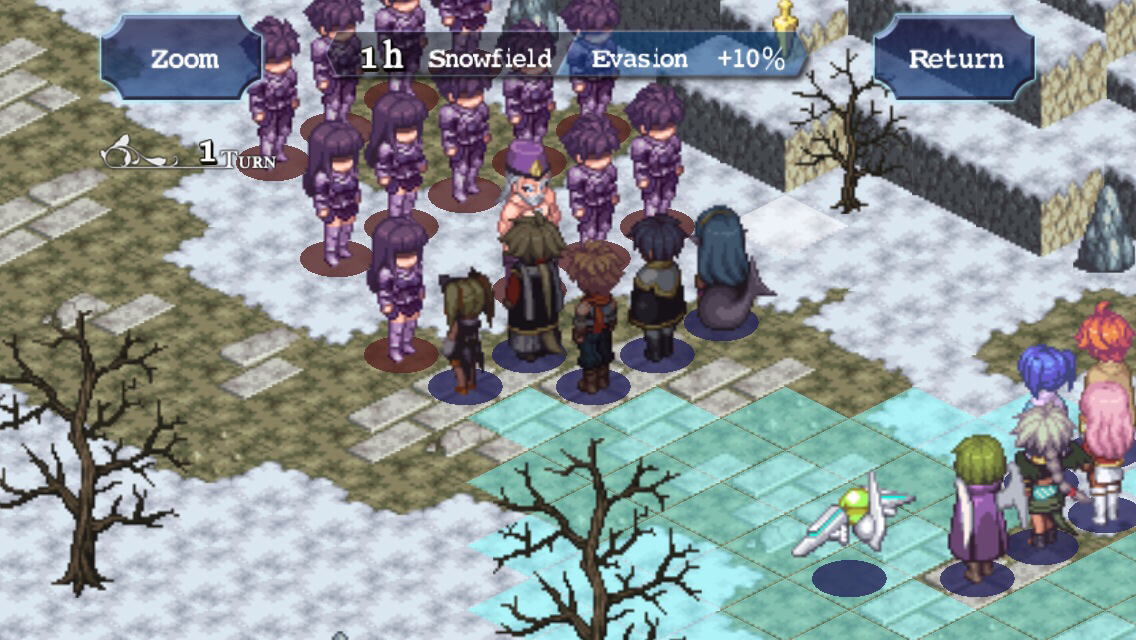 The developer this time around is WorldWideSoftware, who have been with Kemco from the very start of their smartphone venture. Their best game is usually agreed to be Symphony Of The Origin ($7.99), and although they have their fans, I can’t count myself among them. There’s a certain pervasive blandness to their efforts, and their seeming aversion to shaking up the formula even a little makes their games feel disposable. Their games also tend to fall on the shorter side of things, often ending rather abruptly before the gameplay systems have a chance to really spread their wings. Legend Of Ixtona shares some of its problems with the developer’s previous efforts, especially with regards to the length of the game, but the genre-shift has certainly done some good. There’s a really strong framework in place here that later efforts could capitalize on.

Even with the change to a turn-based strategy RPG though, Ixtona keeps things pretty familiar. You’ll start by generating your own character, who is introduced to the story a short ways in. He or she will be joined by a number of named characters, and you can fill out your roster with any number of hirelings you need. Each character has a different job class, and as they gain levels in that job, they’ll earn abilities you can equip, along with new, advanced job classes. The game itself is more or less a series of battles with story bits and the odd town in between. In towns, you can buy new gear, develop more powerful items, do research, or hire more mercenaries. You’ll want to keep a few more mercenaries around than you actually need, since you can send them out on gathering missions to collect useful ingredients for crafting. 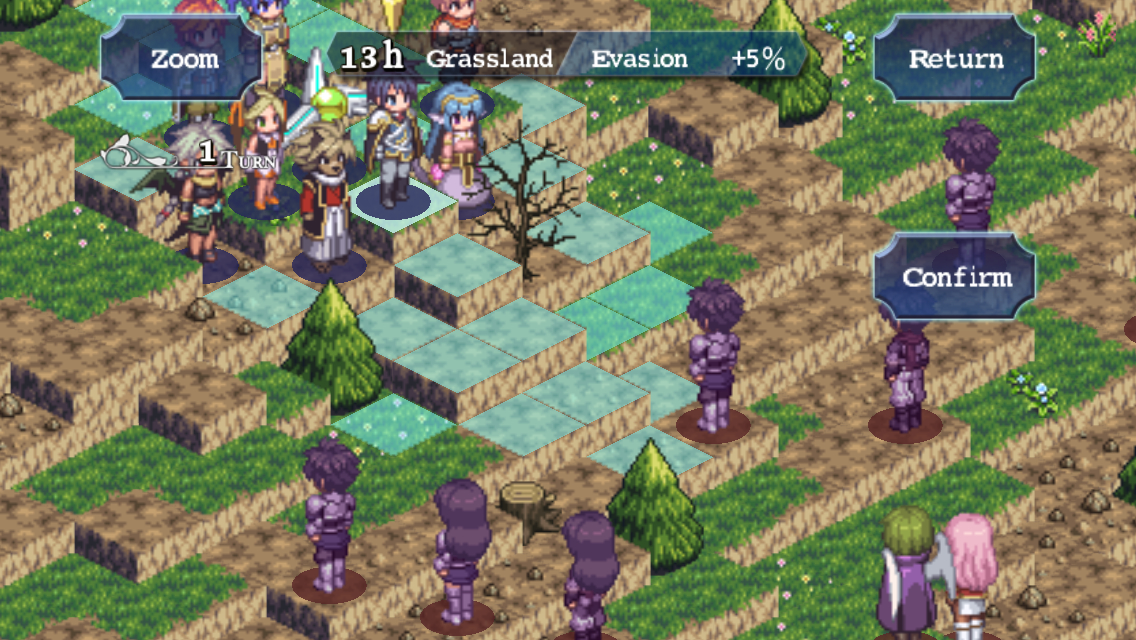 The story follows a young prince whose older brother stages a coup and seizes the throne. What starts off as a fairly interesting but very conventional story of succession quickly takes the next train to wackytown, and wouldn’t you know it? The very fate of the world is soon at stake. The pace of the story moves a bit too quickly, and the end comes sooner than it should. What I thought was simply the map of the first area turned out to be the map the entire game takes place on, with a fairly small number of potential battlefields. There are only a few towns, and most of the game’s more interesting systems never have a chance to really get cooking. You might need to hire on a mage or two to keep characters healed, but you can pretty much power your way through the game using the cast the game assigns to you. You don’t even really need to upgrade anyone’s equipment, rendering the whole crafting system somewhat useless.

I think the fundamental problem is that the battles don’t require much in the way of strategy. Regardless of the difficulty level you choose at the start, your characters will almost always be strong enough to just form a ring of death and take out anything that comes within range. Certain boss-level characters can hit several members of your team at once, which might outpace your healing capabilities if not for a couple of things. Once the enemy mooks are mopped up, you might outnumber the boss by more than ten characters, making it easy to both gang up on it and replace anyone who falls. Even the more powerful bosses rarely have enough HP to outlast you in those circumstances. The few times the game hobbles you by limiting your numbers, you’ll still easily push your way through with basic tactics. It’s rote at best, and boring at worst. 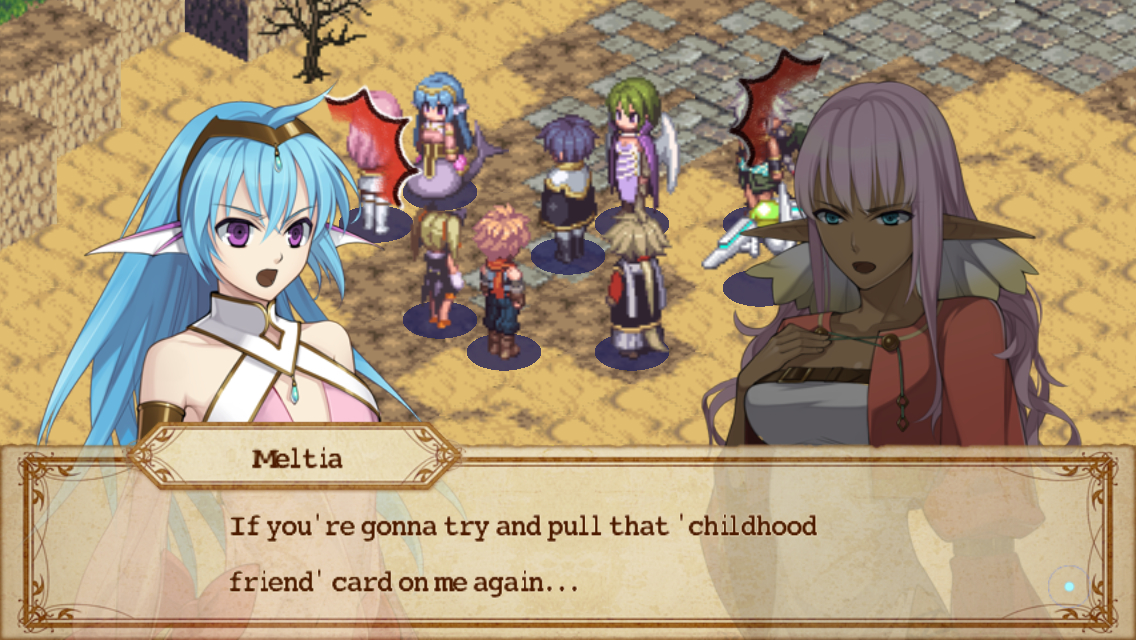 That makes the brevity of the game something of a double-edged sword. The sub-systems could help make the game more fun to play with, but the game’s length and relative ease make that unnecessary. But if the game were any longer, the rudimentary battle tactics would probably sink the whole thing. As it stands now, the game is decent precisely because it’s over somewhat quickly. You meet some kooky characters, follow a twisty plot, smash your way through a bunch of battles, and get your ending. Ideally, I’d like a longer game with more meaningful choices in battle, but this isn’t the worst possible outcome.

Its generally inoffensive nature aside, the most interesting thing Ixtona has going for it is in the sheer size of its battles. Most games like this limit your active team to a small handful of characters, with the opponents facing similar restrictions. Ixtona goes a little wild, allowing you to field more than a dozen characters at once. The enemies can and usually do take advantage of this as well, leading to some very crowded battles. It’s pretty exciting, to be honest, but I’d imagine it would wreak havoc on the game’s balance if it actually had any to begin with. It also results in the funny image I mentioned earlier, where you have 12 or more people surrounding a boss. It looks like a mob of fans trying to get the boss’s autograph or something. 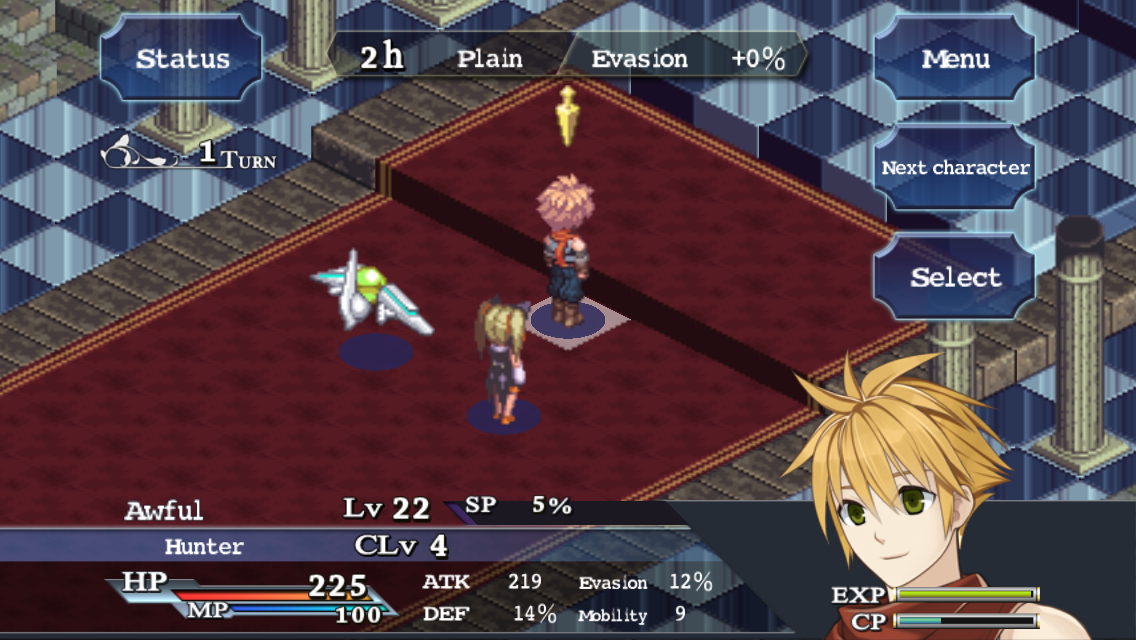 As this is a different sub-genre from what this developer usually works in, the presentation isn’t the same old stuff we tend to see from them. I think the game looks pretty good, and the engine is obviously capable of handling some pretty large numbers, which is a big positive. On the other side, the animations are pretty meager and the locked isometric perspective can make things tricky when you’re trying to get a character to the exact spot you want. The music is as usual fairly forgettable but decent enough, and the game features a reasonable amount of Japanese voice-acting for battle cries and such. The usual Kemco IAP system is in place, with special points distributed after each victory or readily available for purchase with real money. You can exchange these points for a variety of cheat items and extra combat maps you can grind on. No story content is locked away in this shop, so it’s fairly harmless.

Legend Of Ixtona isn’t a particularly great strategy RPG, but it establishes some foundations that could lead to one in the future. It’s short enough to plow through in a weekend, and enjoyable enough to be worth doing just that. The weak AI makes it essentially a strategy RPG equivalent to a mindless button-masher. Those looking for any actual tactical challenge will probably want to keep on walking, but I think there’s a certain appeal to it if you get into the game’s story and quirky characters. All in all, it’s not bad for a first attempt, but with this sub-genre so much more competitive on iOS than the standard JRPG one, WorldWideSoftware is going to need to work harder on the battle mechanics if they mean to revisit it in the future.