Tis the season for strange Galaga hybrids, I suppose. After *Galaga Tekken (Free) back in April, we now have Space Galaga ($1.99), which is a crossover between Galaga and the anime Space Dandy. Taking place in the universe of the Space Dandy anime, and featuring characters from the show, you play through different Galaga levels, albeit with bullets shooting out at a really fast pace. You’ll gain credits that can be used toward new ship parts and upgrade to make you more powerful as you play through further levels. 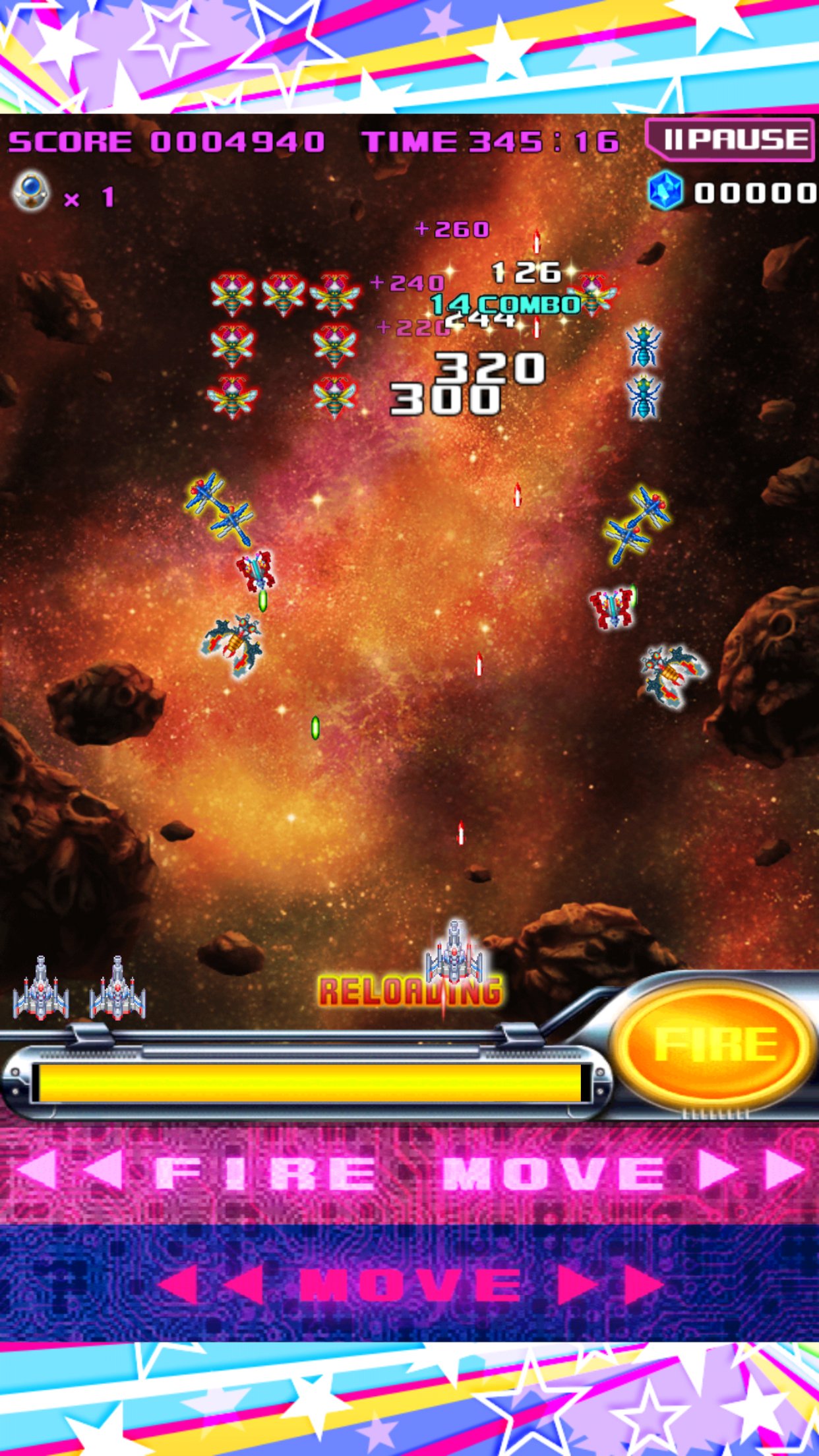 Interestingly, this appears to have once been a free-to-play game released on Android. There’s all the trappings of a free-to-play game, but the app is $1.99 without in-app purchases. It’s possible that all the currency amounts were bumped up to be fair for buying “Gasha tickets" and ship upgrades without having to spend any sort of money at all. It’s an interesting approach – maybe the original wasn’t making much money, or with this “International Edition," it has to do with Space Dandy not being too well-known outside of Toonami airings? Whatever the reason, if you want a Galaga game with loads of customization, this is an option, though it’s only available in select territories.