This year’s Electronic Entertainment Expo doesn’t officially kick off until Tuesday, but Bethesda decided to get ahead of the curve and throw a big media event today to pre-announce some of the stuff they’ll be showing off during the week at the actual convention. In fact, they’re streaming the entire thing live on their Twitch channel right now. With Doom, Fallout 4, Elder Scrolls Online and more in the works, there’s tons of great stuff for console and PC gamers, but what is there for mobile gamers to look forward to? Well, it turns out that mobile gamers do have something to get excited about. Bethesda has just announced The Elder Scrolls Legends, a competitive card game for mobile set in the Elder Scrolls universe. 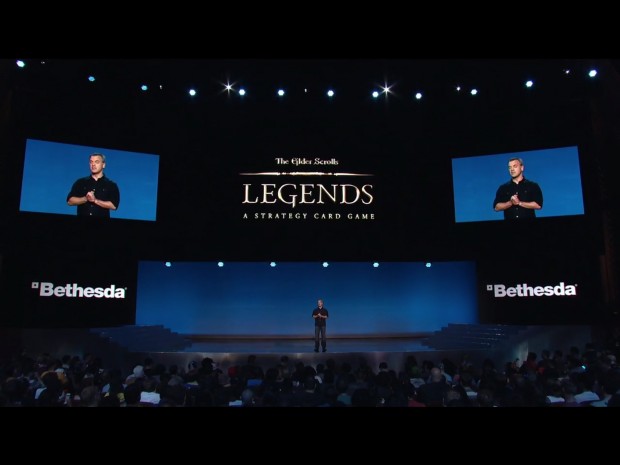 Not many details have been revealed, but this new game will be on both iPad and PC, and it sounds very much like Bethesda’s answer to Blizzard’s Hearthstone. I’m sure we’ll be hearing more about The Elder Scrolls Legends during E3 this week, so stay tuned for more.