Capitals (Free) is the new word game from the fine folks at NimbleBit. The game can be quite brutal if you’re not skilled at the game, though. Me personally, I’ve dropped the two-turn-victory hammer on a bunch of opponents. But for those of you who need some help becoming a capital Capitals player, David Marsh of NimbleBit has emailed over a strategy guide that can help you out with the game:

Capitals is a really fun word game, but it’s just as much a strategy game. Since I can’t help you much with your vocabulary, I thought that some strategy tips from one of the creators of the game could give you that extra edge. Here are some tips and tricks to surviving and winning your game of Capitals. 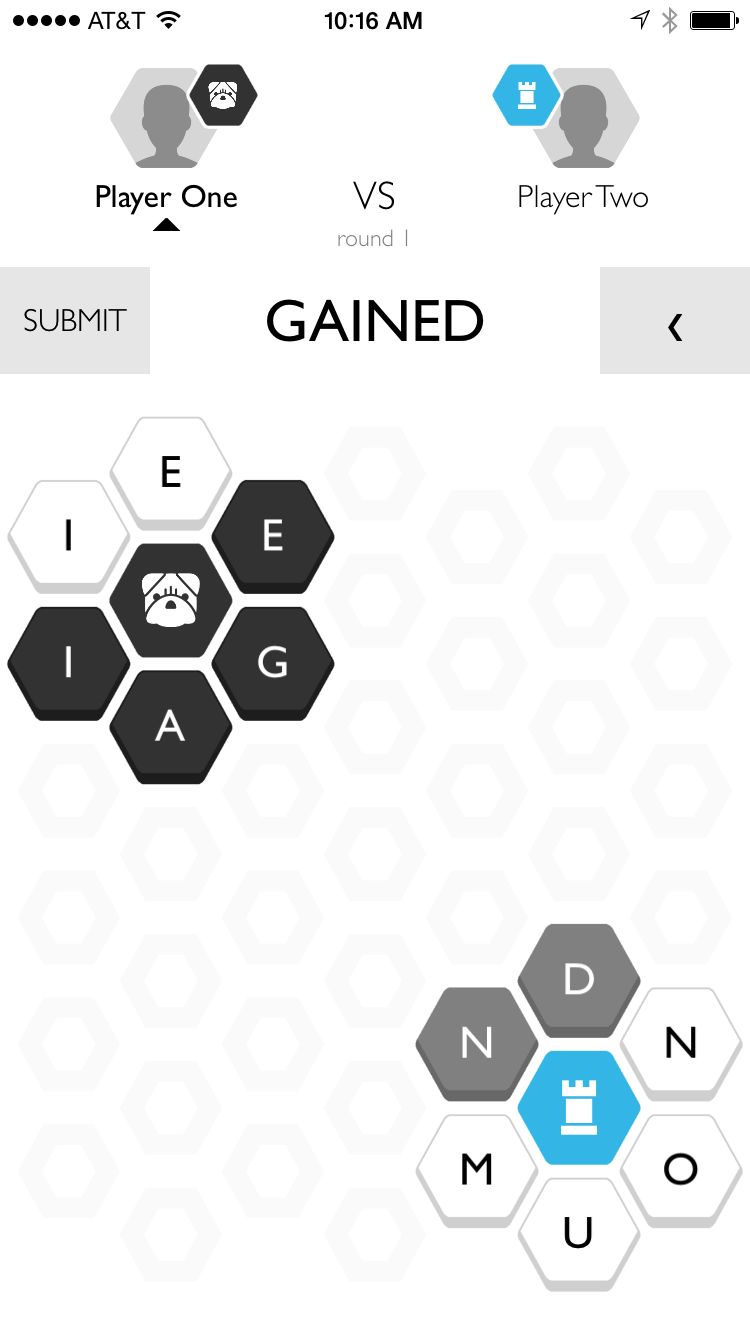 Starting a game of Capitals off right is important to avoid a swift defeat. Your first move should always be to play the 4 tiles bordering your Capital to form a protective wall.

If you can’t use all 4 tiles on the first turn, that’s ok. You will have at least one more turn to try and fill them in before your opponent can reach you.

Note: while using the tiles around your opponent’s Capital won’t expand your territory, it will prevent them from using the letters themselves. If you see some common letters near your opponent that fit into a good word to play, gobble them up!

One other thing to consider when playing the first moves of a game, is that you can control who connects to the other player first (and thus opens themselves up to attack on the next turn). If your opponent doesn’t reach out first, it might be smart to use as many turns as possible to build up your defenses before clashing. 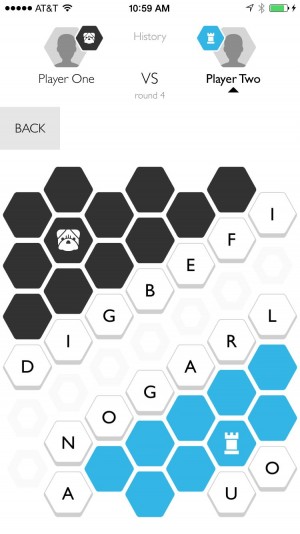 As soon as one player reaches out and bridges the gap, the next player will have the opportunity to spread out and take over as many tiles as possible on their opponents side.

The one tip that you should always keep in the back of your head is protecting your Capital from being taken. The extra turn provided to the play that takes a Capital is usually the difference between winning or losing a game. Always make sure that there isn’t an open path to your Capital’s doorstep, and on the flipside – always be looking for an opening to your opponent’s Capital.

Play the Letters, then the Word

Sometimes the best way to find a killer word is to pick out the letter tiles that would be most devastating to your opponent, and then try to build a word out of them. Each letter tile can potentially remove 1 to 5 opponent tiles depending on what it is bordering, so pay close attention to the ones that will do the most damage.

Look for the “INGS”

One of the things you should look for when coming up with a word to play are collections of letters that can be added to most words for a longer play. Letters like ING, INGS, ED, UN, ABLE & TION are just a few examples of letters that turn a simple word into a whopper. Don’t play a word until you have re-scanned the board a few times to make sure there is nothing else to add to a word.

Reaching out and slugging at your opponent isn’t a bad strategy. But you always have to keep in mind that while it looks awesome to land a long line of letters right to your opponent, it will be trivial for your opponent to wipe it out. 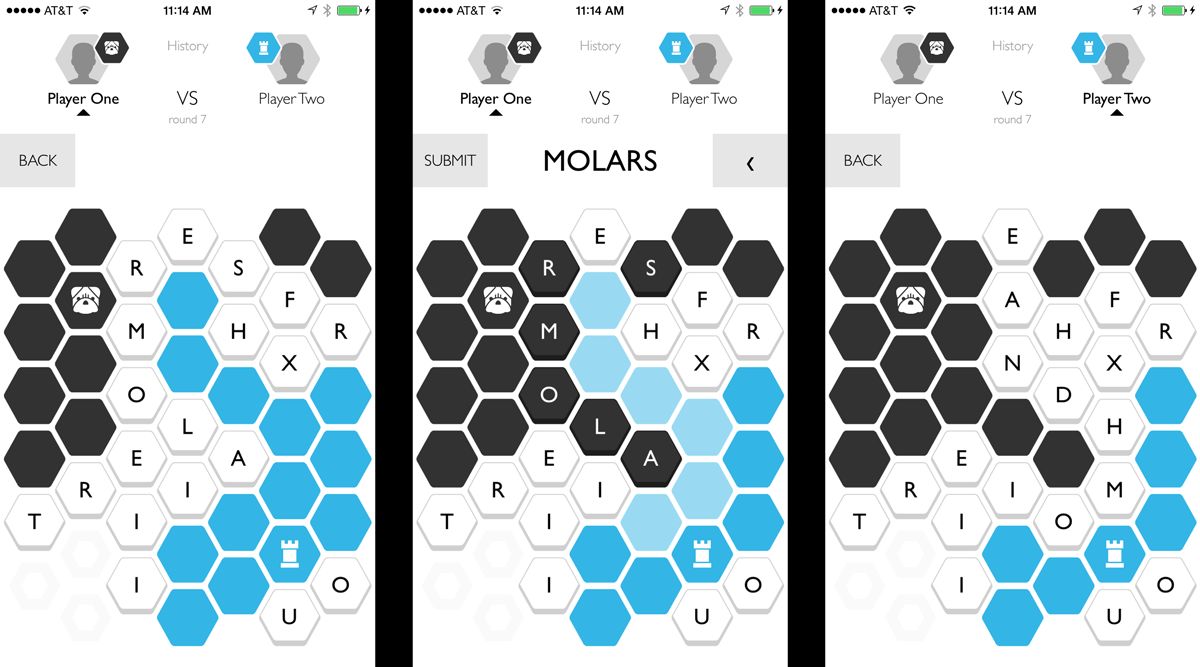 It’s important to keep pressuring your opponent every turn, but at the same time you should never waste an opportunity to add another layer of tiles between your Capital and thiers. Doing a flip-flop every round will eventually lead to getting some unlucky letters that will leave you struggling just to protect yourself.

One situation where you definitely should reach out and play a long word, is if you can completely close off a section of the board. 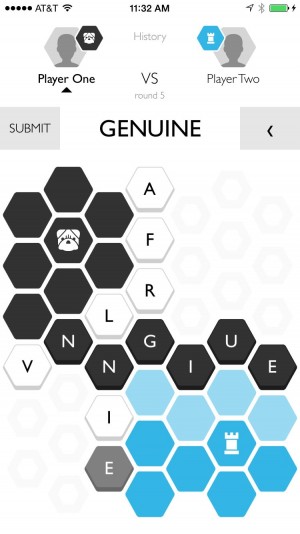 By closing off the board entirely, you have the assurance that even if they remove the barrier on the next turn – they can’t play any further. This gives you an extra opportunity to build up your defenses.

Even if you are very conscious about not leaving your Capital open to attack, eventually you will find an amazing word to play. You will be so excited to play this amazing word that you will mash the “submit” button with a silly grin on your face. Only after a few seconds will you realize that your play left your Capital wide open, and your happiness will turn to despair.

Forget everything I have said up to this point about protecting your Capital. Sometimes, when the chips are down and the enemy is pounding on the gates – you spot an opportunity to run. If you have been whittled down to nothing and are on the ropes, sometimes the best thing to do is take a chance and fill up as many of the remaining tiles on the board, at your Capital’s expense. By not needing to worry about playing to protect your Capital, you might be able to find longer or better words that just might be enough to let you survive your opponent’s extra turn and rise from the ashes like a fiery phoenix.

Finish Off your Opponent

Sometimes it can be tricky to finish off an opponent that you are winning against. There are a few things you can do in order to secure a victory.

If you are constantly closing your opponent in, and going back and forth over the same tiles every round, make sure to fill in the remaining open tiles on the board whenever you get a chance. This gives your opponents less letters to work with, and will eventually lead them to some unlucky letter spawns.

If you do manage to capture a Capital, make every possible effort to finish them off in your extra turn. Don’t be hasty, take some time to see if there is any possible way to wipe them out and win right there on the spot. 30 rounds later you will be kicking yourself for not sealing the deal when they have come back to kick your butt.

Can’t wipe them out on an extra turn? Here is where I let you in on a little hidden secret if you made it all the way to the end of this article. The game doesn’t like re-spawning Capitals on the edges on the board. If there is anywhere else to put a fresh Capital, it will probably take it. To use this to your advantage, leave some of your opponent’s tiles left standing on the inside of the board at the end of your extra turn. When their Capital re-spawns surrounded by your angry tiles, they are going to be in a tough spot.

That is all that I can teach you for now, young padawan. Remember to keep these tips in mind, and your Capitals stats will rise higher than a soaring eagle. Have any Capitals tips of your own? Share them in the comments!