Apparently Crossy Road (Free) can be successful even when the cars drive on the other side of the road because according to a new report by research firm App Annie, Hipster Whale’s take on Frogger had more active players in the UK during the first quarter of 2015 than Candy Crush Soda Saga and Clash of Clans.

However, don’t take that to mean that the game can’t put money in the safe fast enough; the game might be quite popular still (it has been downloaded over 70 million times worldwide), but as co-founder Matt Hall said at the GDC conference in March, Crossy Road isn’t making anywhere near the money that other popular F2P games are making mainly due to its monetization practices. Despite the “relatively" lower revenue when compared to the game’s success, Hipster Whale is happy that it decided to respect its players and not to imitate other companies’ practices. 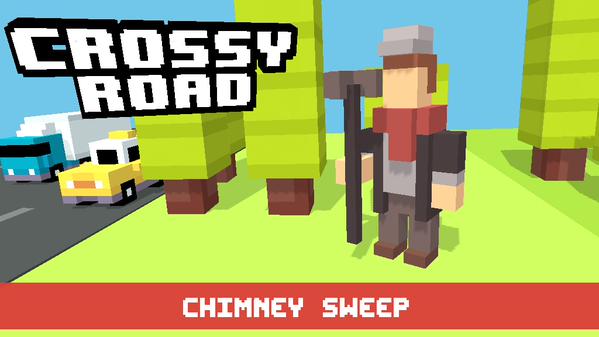 The game continues to add new characters (its most recent addition were some fun British and Irish characters), and some recent tweets by Hipster Whale artist Ben Weatherall are pointing to more characters coming soon. What we do know for sure is that in the next update, you’ll be able to bombard your friends on social media about all the new characters you’ve unlocked, so prepared to be envied, or hated.