It’s interesting how much you can read the history of the App Store in Clueless Little Muffin’s brick breaking Anodia series. Peel back the layers of the original Anodia ($2.99) and you’ll find a three-star rating system, physics-based levels, and a so-called premium price tag. And the visuals–while certainly not bad–do have a slight whiff of “four years ago” to them. Flash forward to now, and Anodia 2 (Free) feels strikingly modern, despite the actual gameplay being almost identical.

You’ve still got the paddle, the ball, and the “bricks” (or, random shapes that wobble and bonk around the screen in various formations). You’ve still got the exact same power-ups and power-downs that fall from the screen and do everything from coat the paddle in glue to giving the ball a flaming tail that helps destroy more stuff. And, thankfully, the ability to touch the screen to create a temporary gravity well that pulls the ball (or balls) wherever you want is still there as well.

The biggest change this time around is the way you unlock new levels. Rather than a campaign to progress through (which is so four years ago) you’ve got what is essentially a clever new take on the gumball machine mechanic that Crossy Road (Free) popularized. Instead of a new character each time, you get a new level (one out of 80). Each one is distinct and feels great to play, and more than a few echo specific levels found in the original. 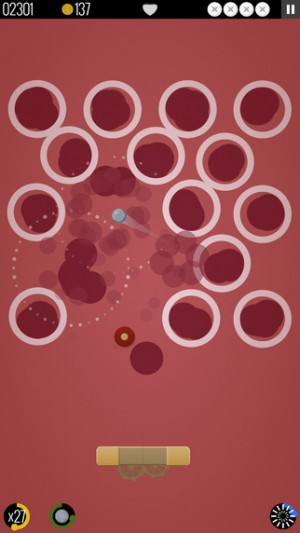 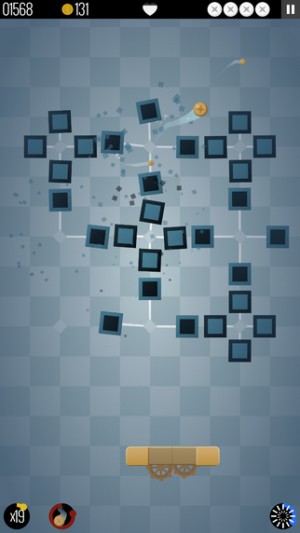 Another pretty major change is the game’s new minimalist look. Everything is flat and smooth, and much brighter than the first outing. It looks gorgeous, and though it’s a bit simpler, it’s still a nice step up.

And, finally, there’s the matter of the pay model. The game’s free, but it’s the “good" kind of free-to-play. You get coins for the gumball machine by playing, watching video ads, or just checking in on the app once or twice a day. It all feels very fair, and you should be able to score a new level every few games. Alternatively, you can unlock everything at once with one $30 purchase. Interestingly, the developers actually discourage you from throwing that much money at them by presenting a screen explaining why you’ll essentially be ruining all the fun.

In all, Anodia 2 is a great little brick breaker that feels very of its time. That’s not a bad thing at all, however, since there’s no longer a barrier of entry for those who would have scoffed at paying three whole dollars for the original. The visuals are great, and the overall feel of the game is as good as ever. Sure, it’s kinda weird that the sequel is so much simpler than the first game, but ultimately I think it’s the right choice for a free arcade game in 2015. And maybe in four more years when we’re playing the subscription-based Anodia 3 in VR we’ll once again marvel at how much the App Store has changed in such a short amount of time.