The Simpsons Tapped Out (Free) has just gotten an update adding in notable series archenemy Sideshow Bob and the rest of the Terwilliger family to the hit simulation game. The Terwilligers are looking to make amends for the many, many crimes they’ve committed against the Simpsons, or so it seems. You can build buildings and complete missions to unlock all five of the Terwilliger clan, including Sideshow Bob. Just be careful where you lay down those rakes. Or don’t, it’d be funnier. 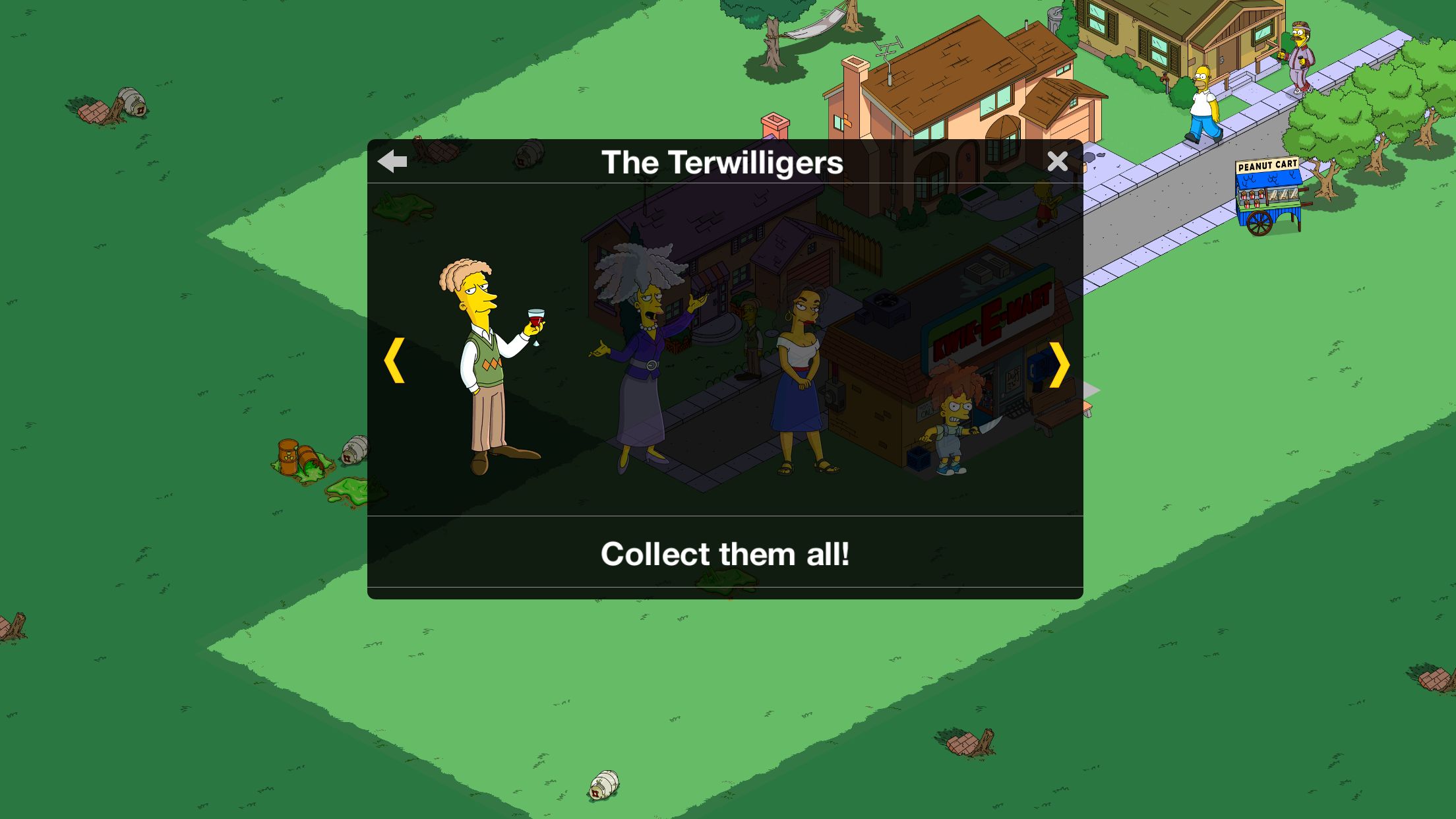 Even if you start fresh from the beginning, the Terwilliger missions should start popping up shortly after you fire the game back up from the update, so you can get going on missions right away. And of course, there’s plenty of humorous dialogue mocking the idea of free-to-play simulation games while also being a free-to-play simulation game. Just remember, that tattoo doesn’t say “Die Bart, Die," it says “The Bart, The" in German!