Mortal Kombat X (Free) is out right now! While the sudden release means that it’s hit or miss whether you can download it or not, I was able to download the game and play through some of it, and am here to give you my first impressions of this hotly-anticipated fighter after about an hour of play. 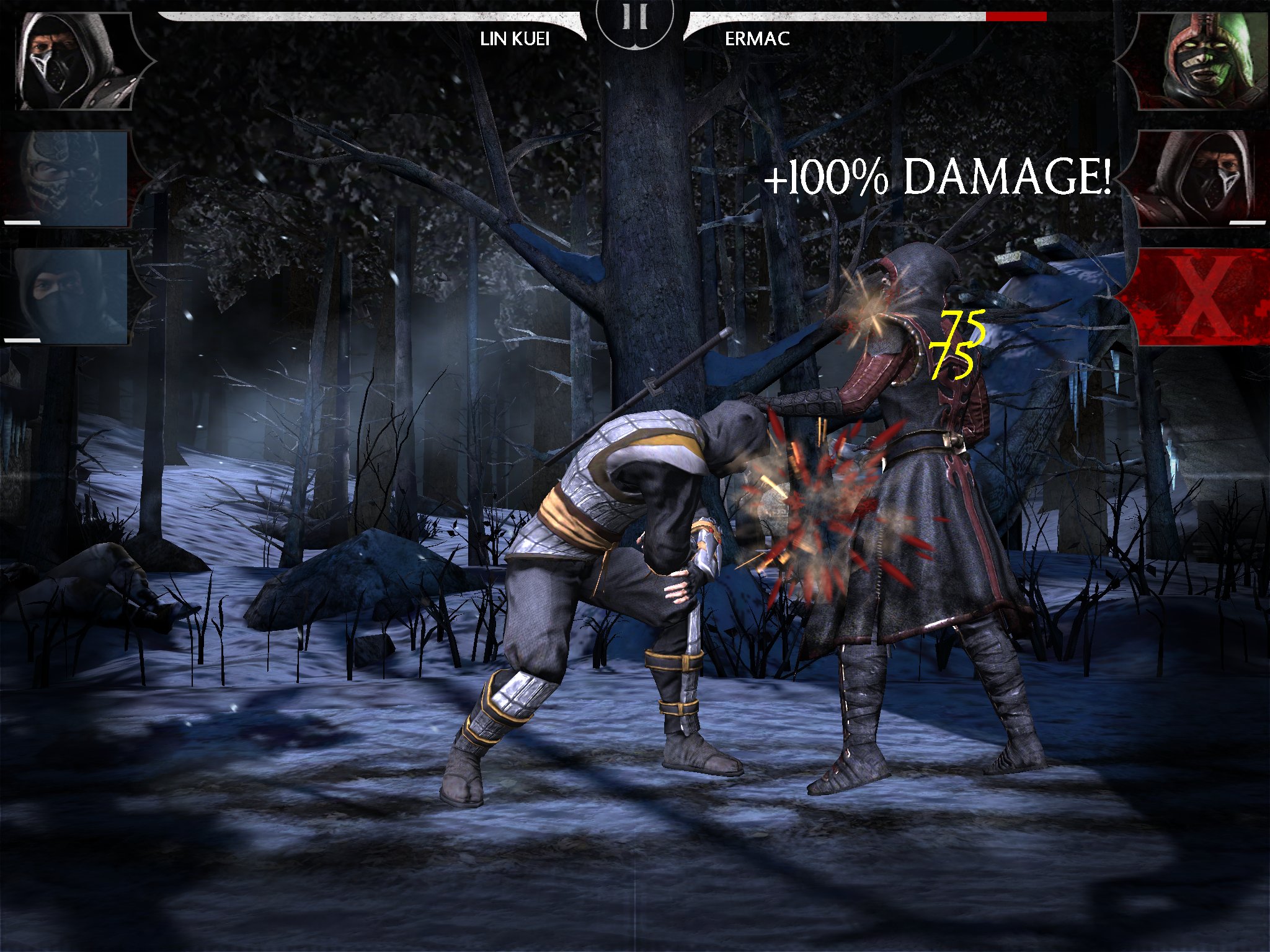 So, if you’ve played Injustice (Free) or WWE Immortals (Free), you know how Mortal Kombat X works. Tap to attack, swipe for heavy attacks, swipe or tap to fill meters when prompted to pull off special moves, two finger touch to block, tap the special meter segments at the bottom of the screen to unleash specials. The tutorial is mercifully short if you’ve played before. It also shows Sub-Zero getting his face cut off, so you know the gore isn’t being curtailed much if at all just because it’s on the App Store. This isn’t breaking any new ground, but hey – Injustice with Mortal Kombat characters is something a lot of folks have wanted for a while now. 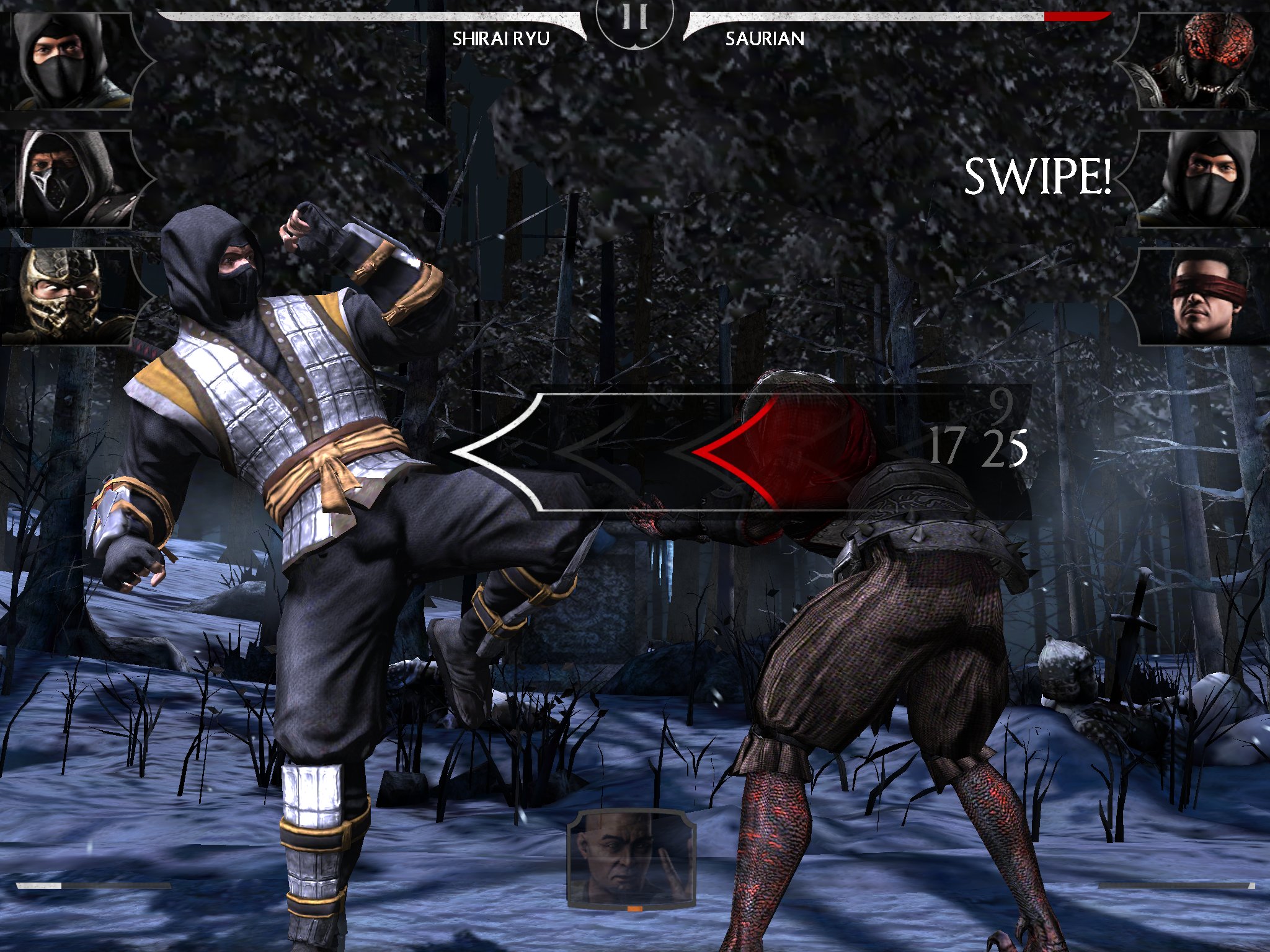 There are still the three tiers of characters: bronze, silver, and gold, with different variations for each character to collect. And characters can have their stats upgraded as they level up, their three tiers of special moves unlocked & upgraded, with support and equipment cards available for making them better as well. Each character has the familiar energy cost that you know of, so building out a good roster of characters to switch between as necessary will be important. 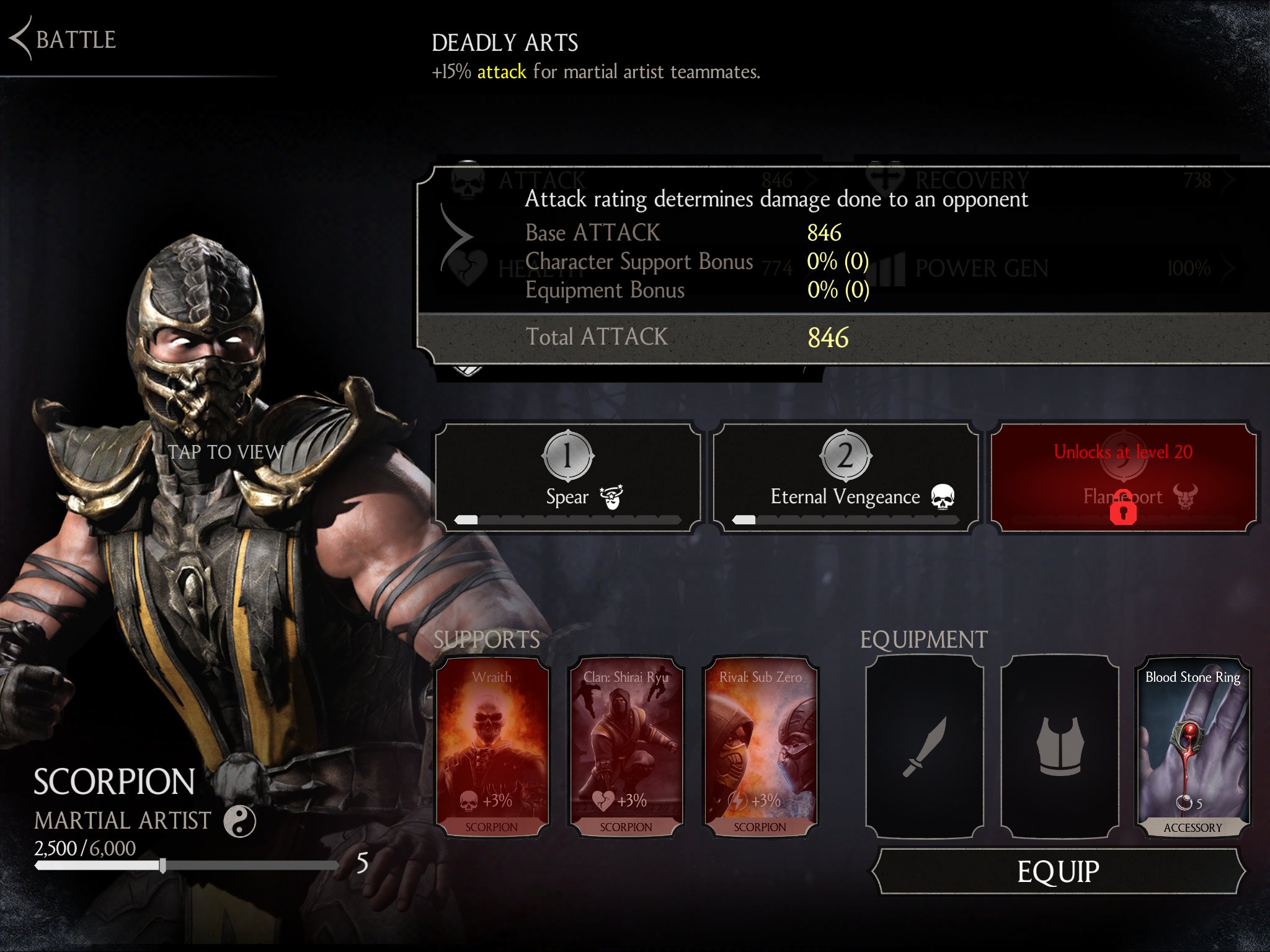 The main battle mode is the core of the progression, as you fight through ladders of enemies, taking on bosses and getting rewards. Faction Wars aren’t unlocking until April 14th when the console and PC versions come out, but you can declare to be one of five factions, and earn a reward at the end of each week if your faction wins. The Raiden challenge to unlock a gold character is “coming soon." Of course, if you sign in with your WBPlay ID, you can unlock stuff in the console games. 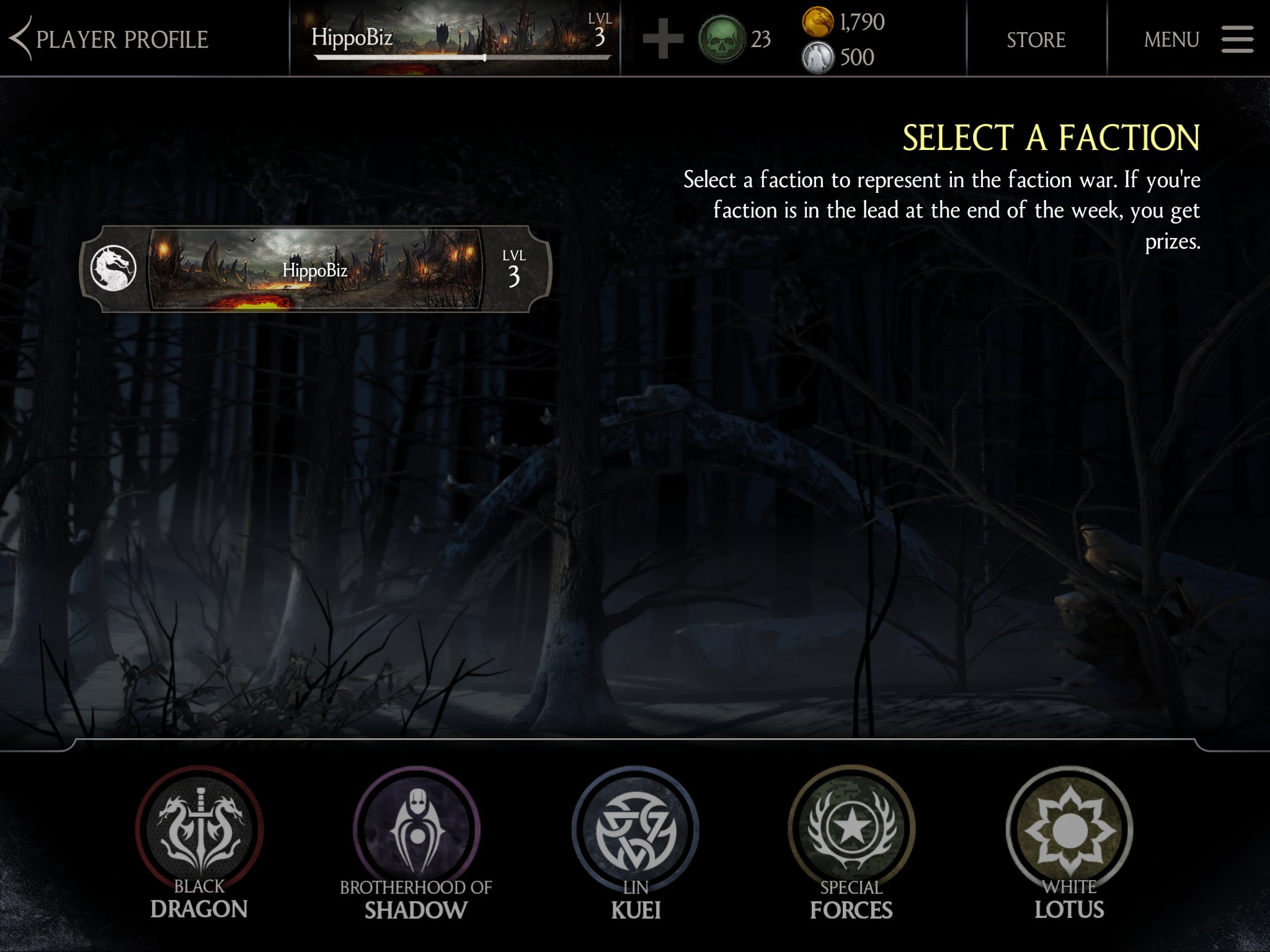 It looks like the monetization has changed a bit. You have koins and souls you can buy, with each being given out during play, though the souls, the hard currency (kurrency?) are earned at lesser rates. So here’s the thing with gold characters: you can only get them with souls, either in Kombat Packs or buying them outright. We’ll see through playing more if it’s possible to earn enough souls to regularly buy Gold characters if you want. Silver koins can be earned by using allies in battle, which you can then request as friends from that menu that pops up. You can set one of your characters as your champion, and others can call on them in battle. 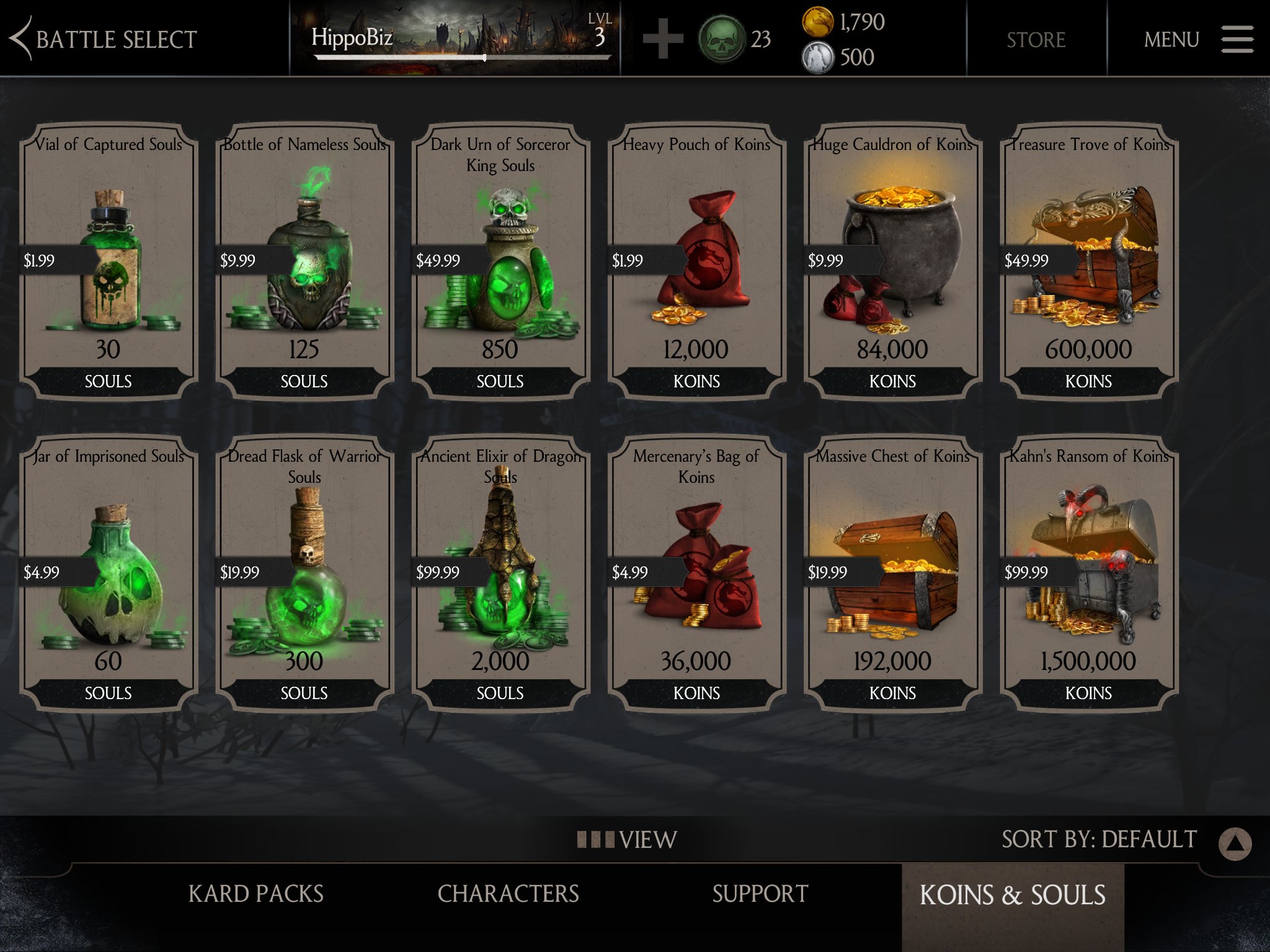 While the monetization is going to be something to keep an eye on, since Injustice and Immortals both offered games where you could get a lot of enjoyment for little or no money, the hard currency and its relationship with gold characters here is a concern that time will need to alleviate. Still, if Injustice with Mortal Kombat characters sounds like fun, you won’t be disappointed. The game looks great, has gory fatalities, and a ton of the new characters from Mortal Kombat X, before the console and PC players can play with them! We’ll have plenty more on this game in the coming days, as the staff is going bananas over this being out now. Get over here!