When I think of the phrase “useless challenge," I think of all the times I tried walking on sidewalks without stepping on the lines. Well, apparently Hearthstone (Free) player Mamytwink one-upped me, barely, by creating and executing his own “useless challenge," as he calls his shenanigans, the longest Hearthstone turn to date. He set up a game of Mage Versus Priest with another friend and went on to break records. How long was that turn you ask? A mere 45 hours, 18 minutes, and 24 seconds.

Mind you, by turn I don’t mean how long it took him to play his cards but, rather, how long it took the game to execute the animation of 9 Arcane Missiles cast with so many other cards buffing them that the end result was each individual spell cast firing 26,752 missiles. If you don’t want to do the math, that number times 9 gives you 240,768 missiles. As it takes approximately 0.67 seconds per missile animation, the whole thing lasted 161,314 seconds, or 44 hours, all of it gloriously streamed on Twitch. 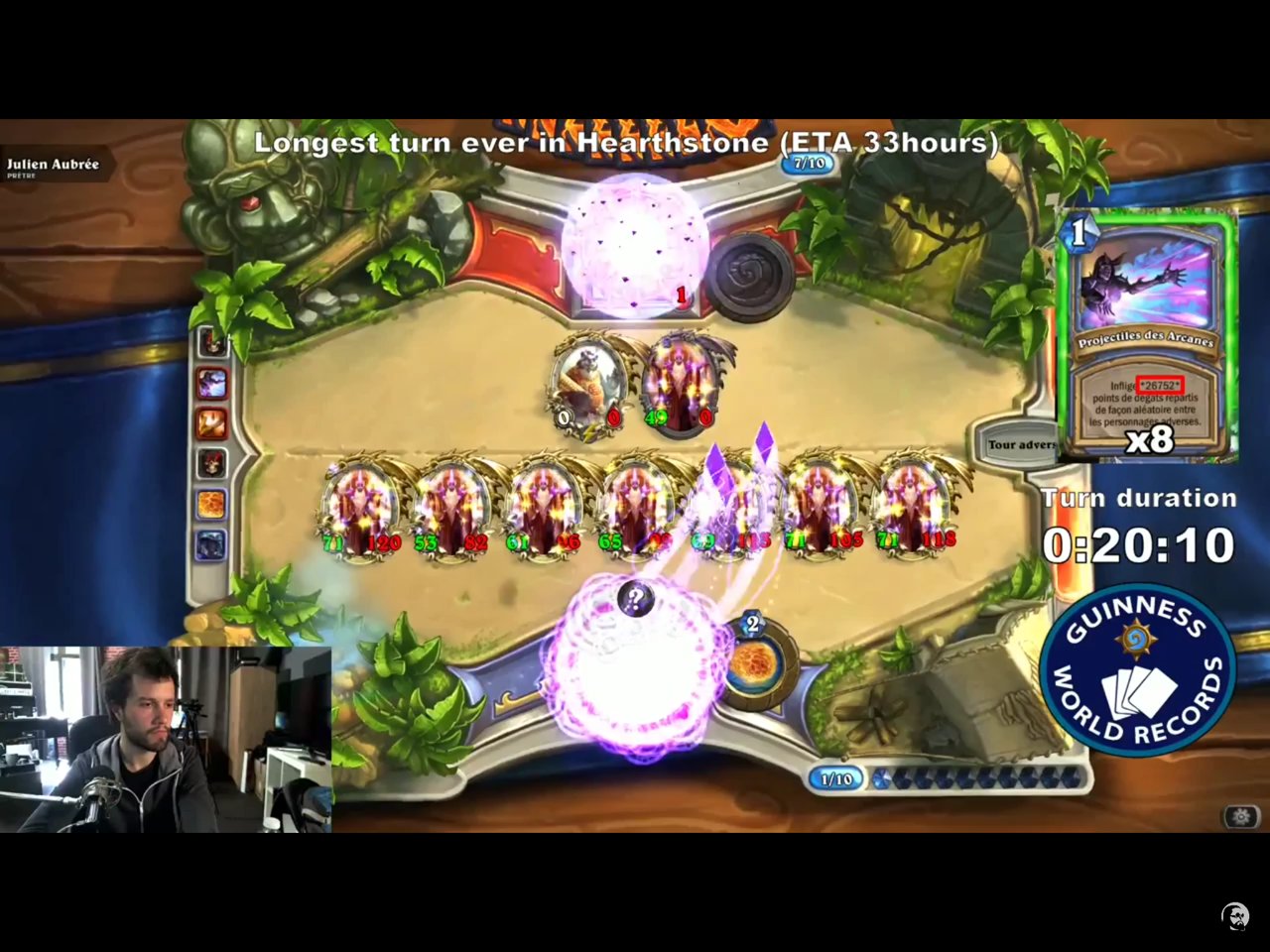 How did Mamytwink manage to execute his meticulously-planned challenge? Without going into all the details and all the cards involved, he buffed Prophet Velen multiple times with Velen’s Chosen, then got plenty of copies of Prophet Velen in the field through the use of some Faceless Manipulators that had already been multiplied through the use of Mind Vision. Of course, he used Ice Block to stop his opponent from dying and ruining all the fun.