Have you made a grievous error in your life by not playing The Blocks Cometh (Free), the rad endless block-climber action game? Well, good news is that The Blocks Cometh Free is now available on the App Store. This is a free, ad-supported version of the 2011 original, that’s the same game, just with the occasional ad that pops up. You can remove the ads for $0.99, and the game is otherwise identical to the paid version, with the IAP to unlock all characters and to unlock the Game Boy-style GameBot mode. 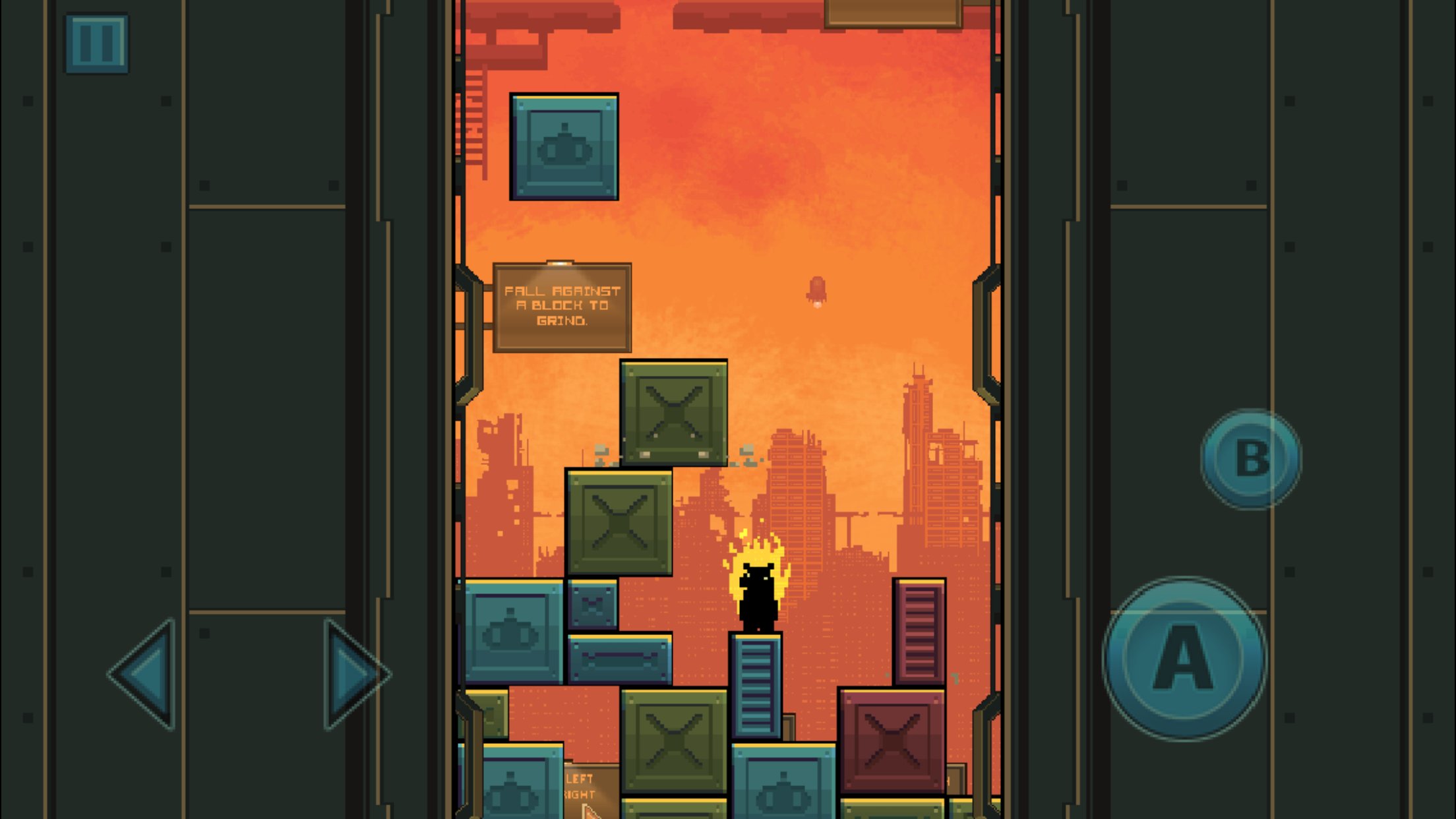 The paid version recently got an update too, which adds in two new characters: the hero of Knightmare Tower ($2.99), and Ridiculous Fishing ($2.99) creator Vlambeer’s flaming bear from their logo. These add in to the various cameos in the game, including League of Evil‘s ($2.99) hero and the enemy that was in the ripoff version of the game. Plus, it’s the only game where you can play as video game journalists, including our own cat-throwing Jared Nelson, added in a later update. I was a huge fan of the game even before I joined up with Touch Arcade, so check this game out now if you never have.