Rhythm video games and weird themes go together like peanut butter and jam. It doesn’t seem like a natural combination by any means, but most of the best and most successful games in the genre have sported bizarre or abstract themes. That’s probably owing to the genre’s big break coming with Sony’s Parappa The Rapper, a weird yet impossibly charming game about a cartoon dog trying to impress the love of his life, a sunflower named Sunny, learning how to drive or make a cake by rapping along to his instructors’ beats.

It was a great bit of sleight of hand that distracted from the game’s brevity and somewhat simple nature. Like playing Simon to a beat, all you need is quick thinking, a good short-term memory, and a sense of rhythm. While the set dressing forked out in a few different directions from Parappa, the gameplay hasn’t seen a great deal of change in the nearly 20 years since. Follow the cues and hit the buttons at the right time to win. Sometimes those buttons are on little plastic guitars, while other times the buttons take a more natural form as a tap on a touch screen. 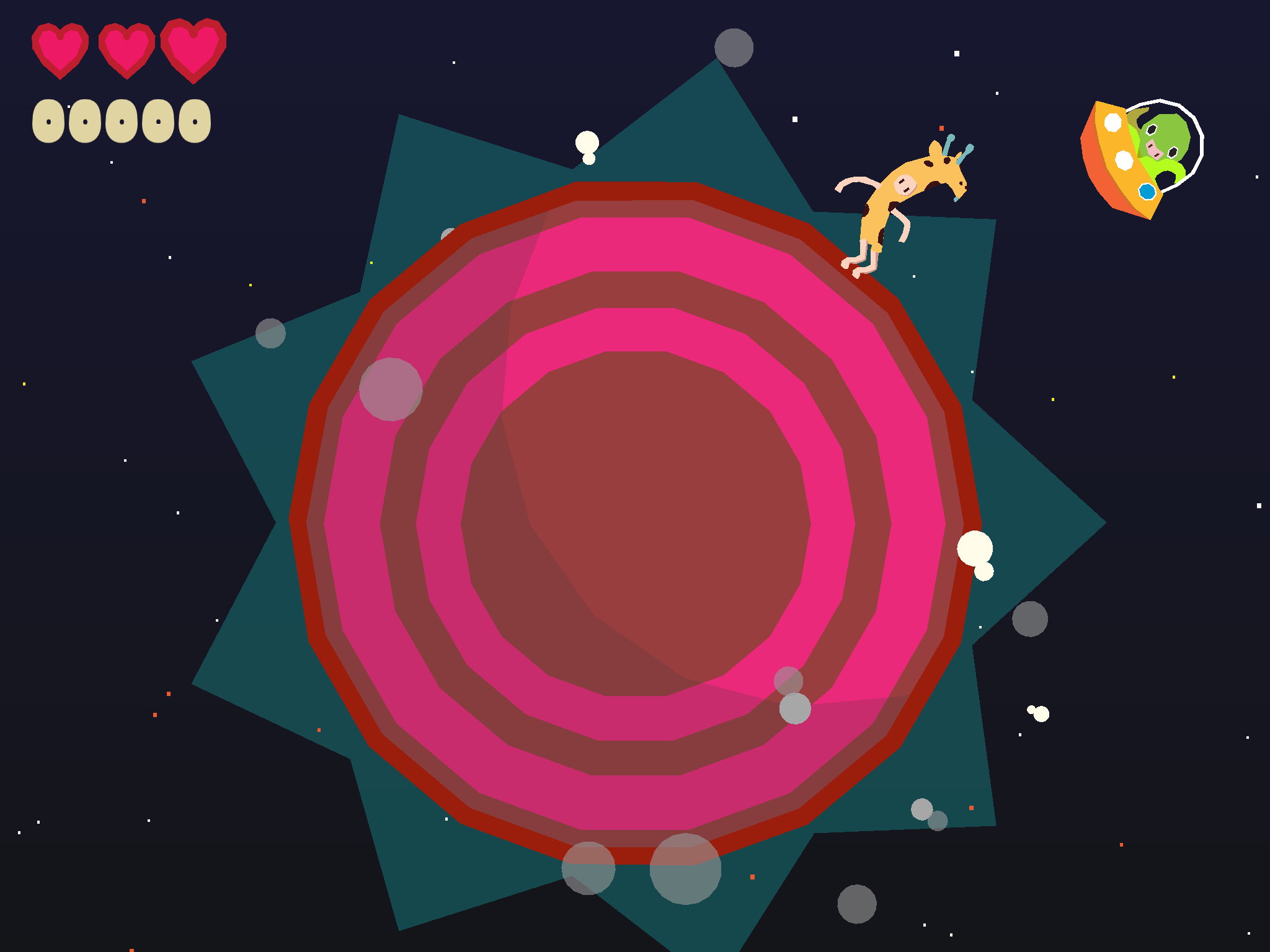 Like Parappa, Planet Quest (Free) has a pretty odd theme to its visuals. Also like that game, it only offers up a handful of songs, but with a great deal of variety between them in terms of speed and complexity. Its closest cousin is probably Nintendo’s fantastic Rhythm Heaven series. You don’t have to worry about following complex chains of different buttons. As long as you can tap to the beat, you’re nine-tenths of the way there.

The premise has you playing as a little green alien in a UFO above various planets. Tapping fires your beam down to the planet, sucking up whatever it touches. Your goal is to kidnap people and animals while leaving plants alone. Your ship doesn’t move, but the planet rotates around as the music plays, with with the various denizens of the planet generating their own sounds on the back beat. Just tap as they travel underneath you, and you’ll score some points. Get a bunch in a row to earn a multiplier, boosting your score higher. If you miss an animal or hit a plant, you’ll lose some of your hearts. When you run out, your game is over. 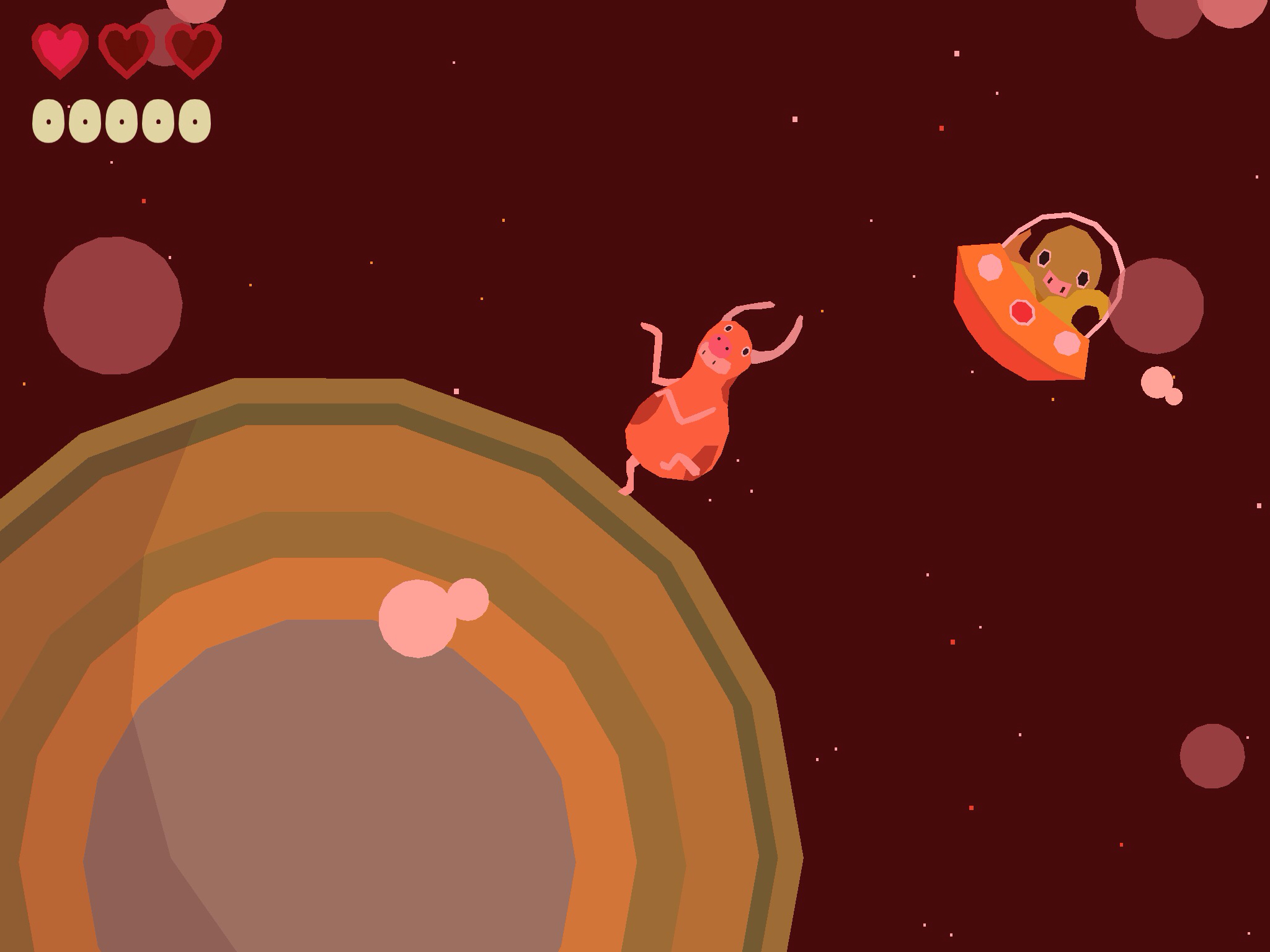 A successful zap will restore some of your hearts, so as long as you don’t make too many mistakes in a row, you’ll have plenty of chances to recover. After a little while, the appearance of the planet will change along with the music, setting you on the next stage, so to speak. The eight different songs simply shuffle one after another, getting a bit more complex with each pass, until you finally succumb. You’ll have to reach and unlock each of them before they’ll be added to the regular rotation. There’s a good mix of genres covered in the tracklist, with my personal favorite being the reggae planet, and they play a little differently each time, offering up nice replay value. In addition to simply shooting for a high score, you can also try to earn various achievements, though at least one of them is going to be impossible for most people.

The quality of the music is great, with catchy rhythms that go well in a game like this. You can trust yourself to tap to the beat and get a good score, something that should be a given in music games but isn’t always the case. Each animal has a different sound effect, cuing you in on what’s heading your way. Some animals will line up nicely with your beam while others will try to slip past quickly. Others will come up in large batches, forcing you to echo the pattern if you want to scoop them all up. The visuals are clean, colorful, and perfectly bizarre. 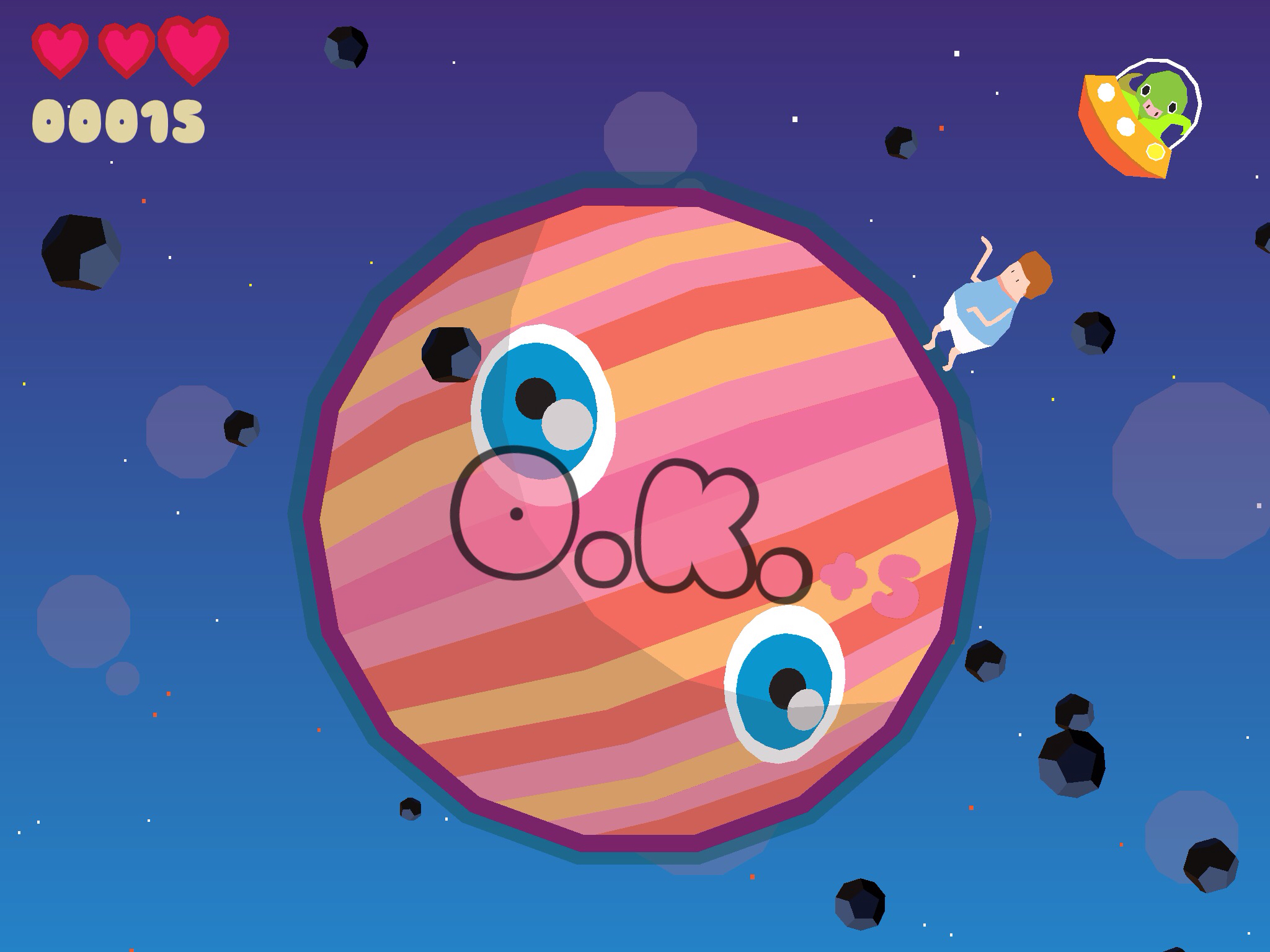 Since the camera likes to play with zooming in and out a lot, the simplicity and clarity of the graphics are both much appreciated. There are also a few cute touches that add some personality. For example, if you graze an animal, you’ll sometimes just pull their costume off, revealing a human underneath. Since you can’t really take your eyes off the immediate play area to check your life meter, the game uses visual cues to help you understand more or less how well you’re doing, with red flashes giving you a strong clue that you might be close to your end.

The crazy thing about Planet Quest is that it’s free. There’s just a single IAP at the moment to remove ads, coming in at a meager $0.99. If you can manage to get to first place on the leaderboards while you’re clearing those achievements, you don’t even have to pay that. The game will unlock the ad-free version for you if you prove your skills to that extent. If you can’t be the best in the world and don’t have a dollar to spare, you can still enjoy the game fully, albeit with ads. Not a bad deal at all. There are just two things I want to mention here, not as negatives but more as important information for prospective buyers/players. First, the game requires iOS 8, so to anyone holding out for certain games to update, you’ll have to sit this one out. The other point I want to mention is that the game uses a lot of a quick flashing lights in a couple of the levels, so if you are sensitive to that sort of thing, please be careful.

My only real knock on Planet Quest is that it’s pretty thin on options. I’d like to have another mode where I could choose the song I want to play, in particular. The music and visual themes are so great, I’d love to be able to play my favorites on a whim. What’s here is well done, though, with the developer understanding how crucial it is in games like these to be able to restart quickly after failing. It’s really easy to chain one game into the next, passing the time without even realizing it. I suppose I’d also like to see Game Center support with its leaderboard and achievements, though I suppose with that unlock system they have going on here, that might not be possible.

If you’ve got even a little love for rhythm games and a device capable of playing it, you owe it to yourself to at least try Planet Quest. It doesn’t cost anything to try it out, and I bet you’ll throw that dollar down pretty quickly after seeing how quirky and fun this game is. The presentation is fantastic and the gameplay just works on a pure level. I think that’s just about the best thing any rhythm game can aspire to, and makes for what is easily one of the best games in the genre on mobiles.