I recently was able to go hands-on with Dungeon Hunter 5 at PAX South, and while I’ve been sworn to secrecy until now, I can finally reveal some of what you can expect from the next game in Gameloft’s long-running hack ‘n slash genre. Expect more hack ‘n slash action that the series is known for, but with a load of big structural changes that will try and make this series fit in with other free-to-play games in 2015. 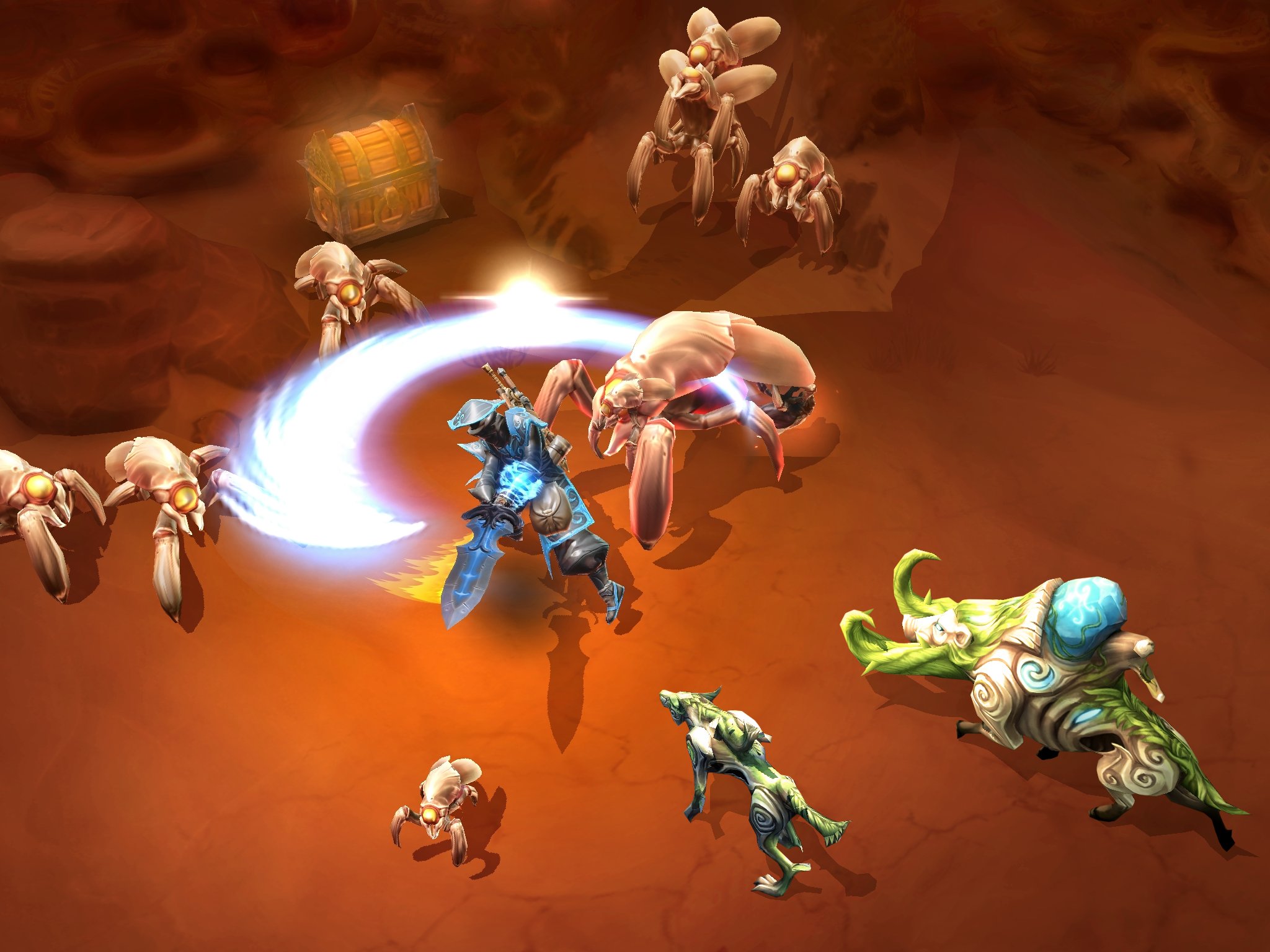 The combat felt very fast and fluid – I chose to use a character wielding dual-crossbows, one of the five weapons you can choose from the beginning, and was able to swiftly deal out damage and progress quickly through the game, with auto-targeting helping out with the combat. The game is level-based, so Dungeon Hunter 3 (Free) haters have nothing to worry about, they’re not going back to the arena-driven gameplay any time soon. The levels have the occasional nook and cranny to find with hidden loot and treasure chests to discover. The game in general is very vibrant and colorful, and in terms of lore, it takes place after the demon war concluded in Dungeon Hunter 4 (Free), so expect a world that’s in a bit better shape than it was before.

Structurally, the game is going to do something quite welcome for RPGs, where you don’t really get locked down into one particular class. You start out choosing one of five weapons to use, but you aren’t locked out of using anything down the road, so if you find you want to change your play style, or just care about using the most powerful weapon you have without regard for fitting into a particular style of play, then go for it. You’re not locked in to anything. 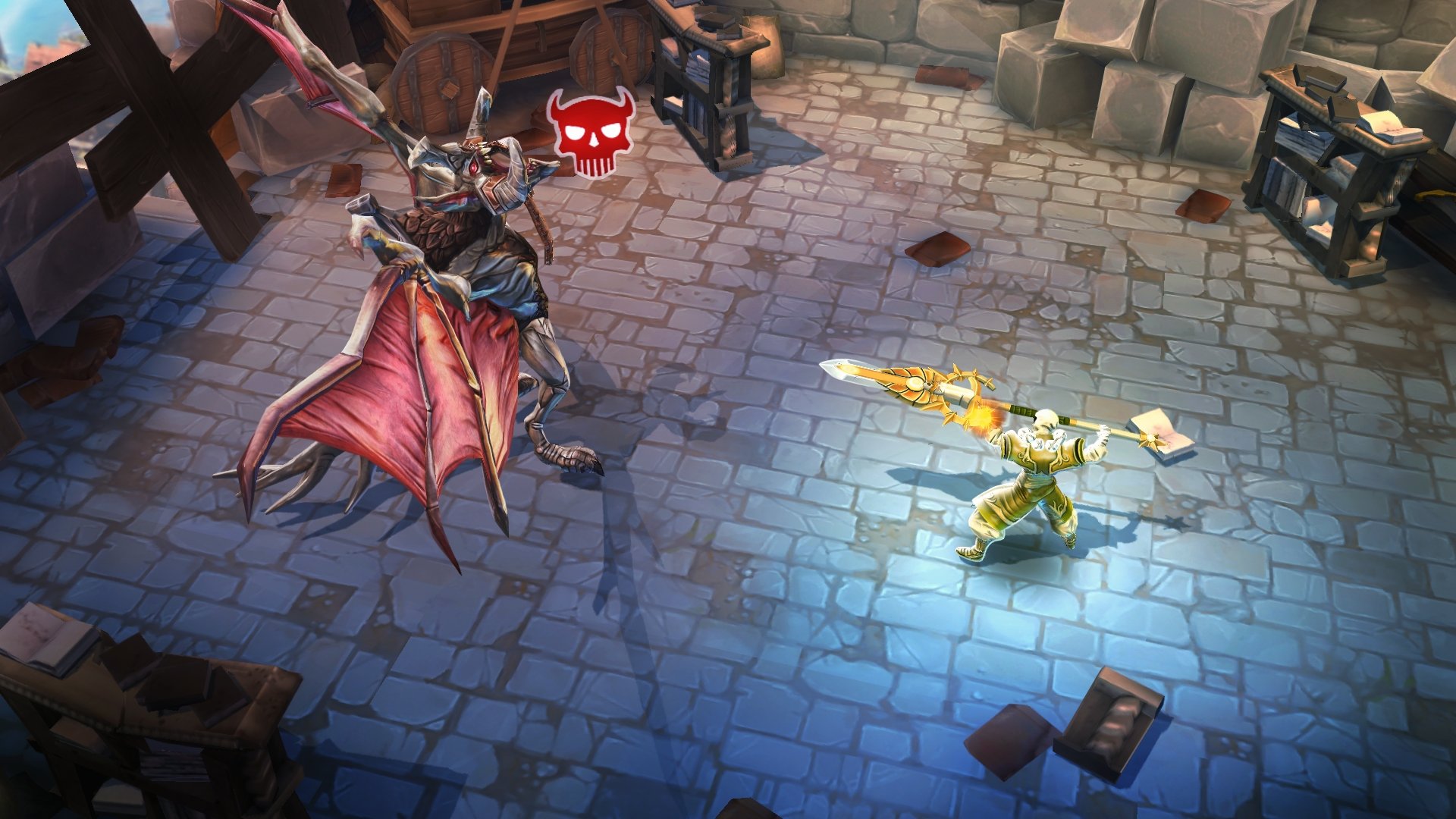 This definitely will feel like a game modernized for 2015 and the current popular free-to-play tropes. You’ll pick up large amounts of loot, and can craft together different items in order to level up and eventually evolve weapons. There is a raiding system not unlike Clash of Clans (Free) and The Mighty Quest for Epic Loot, where you build out a dungeon, placing minions and traps, and then have players fight you in order to win loot. The game is still level-driven in its singleplayer, though daily dungeons will also be available.

There’s also an asynchronous co-op feature where you can hire friends and other players’ characters to fight alongside you as an AI-controlled ally. These are features familiar to other games, for sure, but will all be rolled into one for this. I didn’t catch any whiff of synchronous multiplayer, at least in the time I got to demo of the game. The potions system was a remarkably controversial part of Dungeon Hunter 4, and the Gameloft representatives who demoed the game to me remarked that they took the feedback on that to heart, and are trying to make a fairer potion system here, though obviously time will tell how the tweaks they made to timers and currency-spending on potions will work.

And really, long-term is the thing to look at with Dungeon Hunter 5. There’s an intriguing-enough base, and I don’t think we’re collectively sick of loot-grabbing hack ‘n slash games quite yet. But as with this and many other free-to-play games, the question will be over time, will its gameplay and structure be fun after the hours spent playing it, and the days and weeks of interacting and returning to it? We’ll hopefully find out soon – Gameloft’s not ready to announce a release date, but you shouldn’t have to wait too long to play this.