I hate when a game lets me down. Exiles ($4.99) had a cool premise, and was from a developer that has done big, expansive open-world games on iOS before. Yet, this just falls way short of what it promised to be. This is the latest open-world RPG from Crescent Moon, having you deal with a government conspiracy involving a deadly virus, and the eventual fight against a politician riding in a giant mech. The game is mission-driven, but there’s a giant, expansive world that you can explore, though there’s not a whole lot to actually find beyond what the missions have. At least you can ride in mechs and on sweet air bikes, and shoot the ironically-named Peacebots. 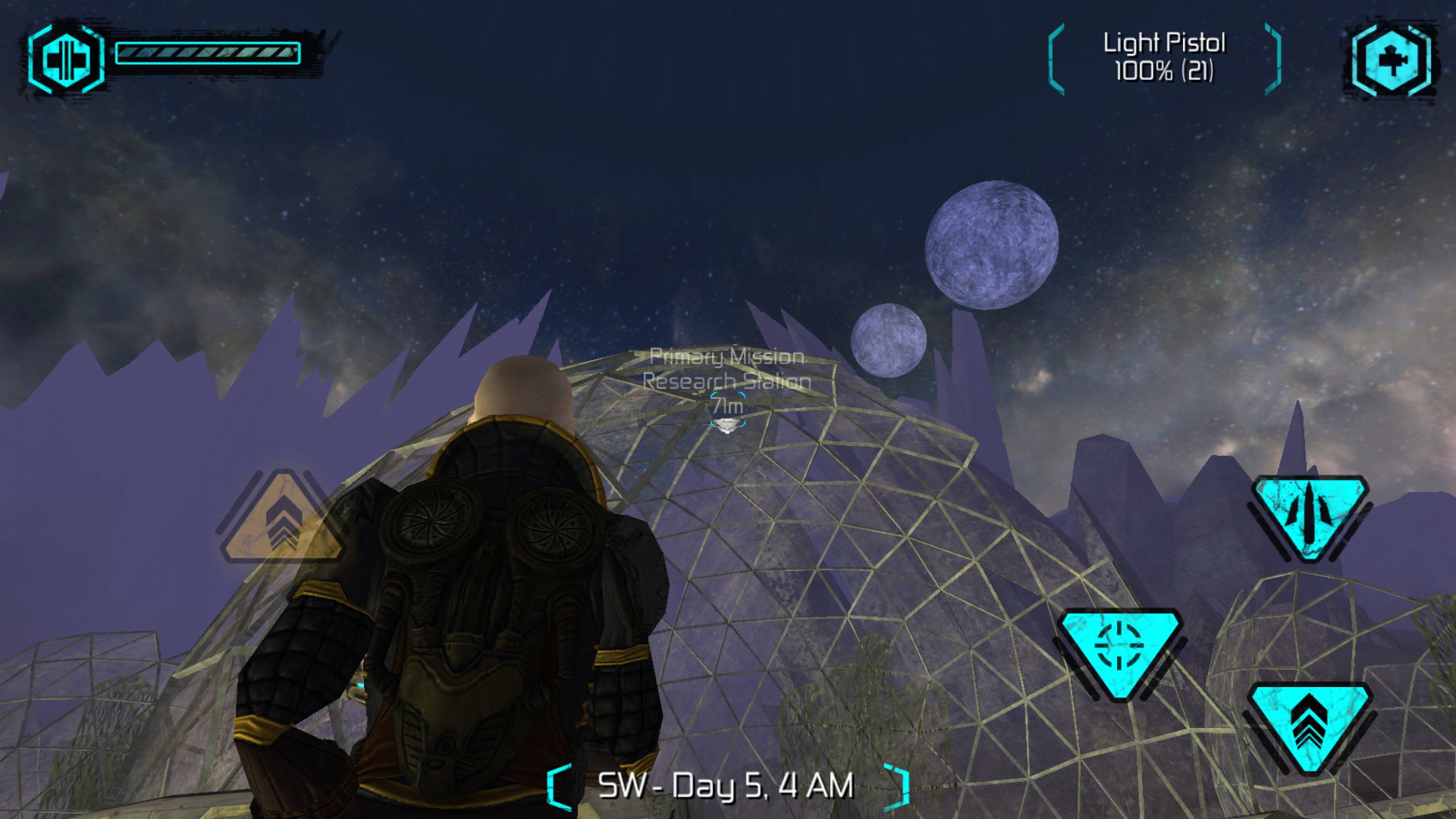 This is an open-world game, but without much incentive to actually explore the world. It’s vast and barren at this point, and while there are vehicles to ride, some missions actually don’t offer them, forcing you to go across the desert on foot, which is ridiculous. But why not have some side quests to incentivize exploring the world? Instead, this winds up being a game that you can play rather linearly, and between down times, you can maybe wander around a bunch of deserts. Considering that Ravensword: Shadowlands ($6.99) had a world that felt much livelier, this is just baffling. Plus, the main quest can be finished in a relatively short amount of time, possibly even just a couple hours. It felt a lot shorter than you’d expect from a game that feels so big. 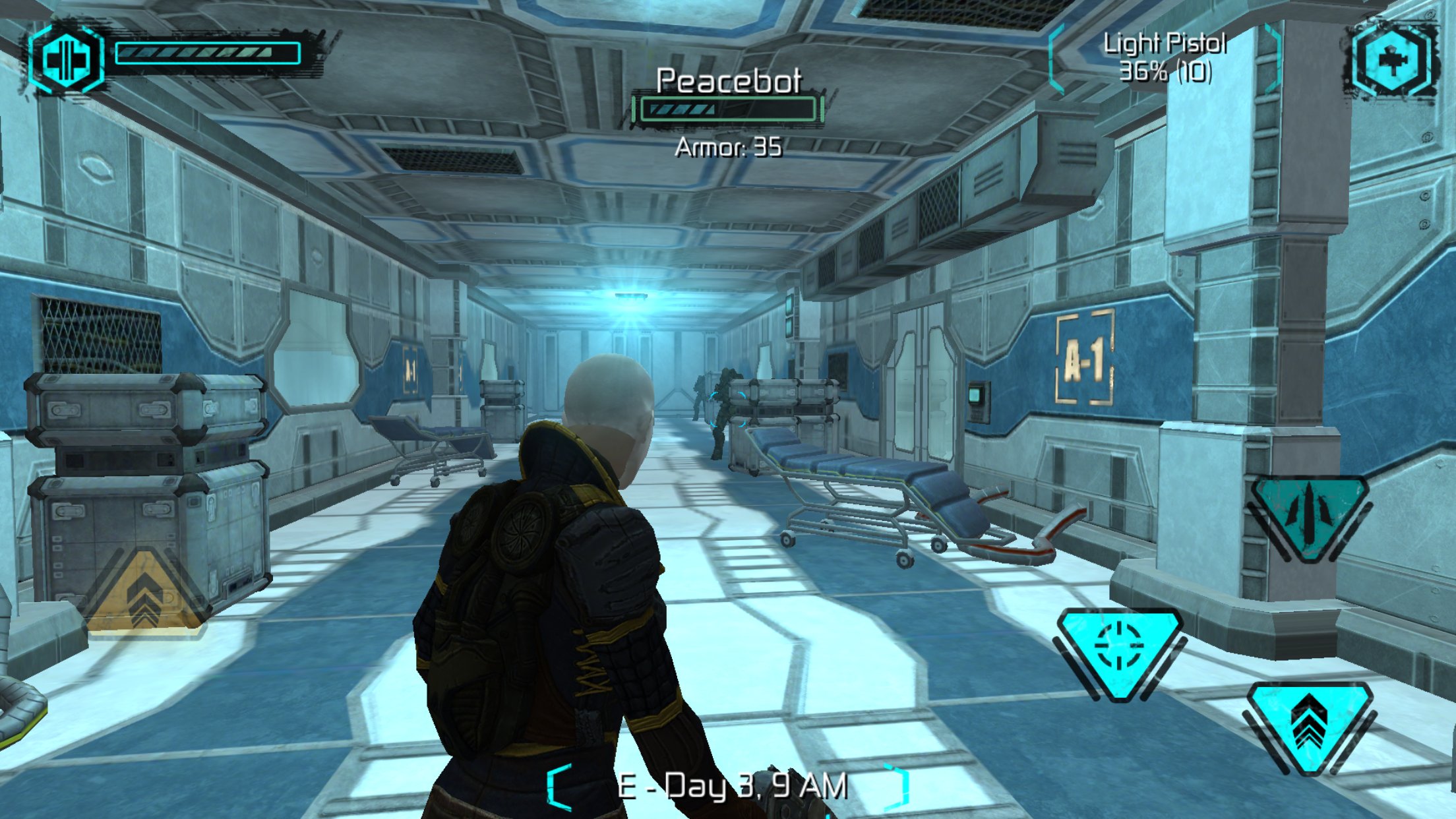 The game is good-looking, especially on modern devices, and there’s an impressive draw distance for the expansive world. The large bulk of the game takes place in corridor-filled environments, and without maps, it’s very easy to get lost anywhere and everywhere. Pay attention to the markers where the teleporters are. See, this game just gives you little reason to stray from the beaten path, though there’s at least one hidden cave with a special weapon.

The combat is painful. This game needs the combat with the quality of a dedicated first-person shooter, instead you get the shooting mechanics of an open-world RPG, which feels far clunkier by comparison. Really, as long as you have your reticule pointed at an enemy and you fire when it’s on them, you’ll kill them. That’s how this works. It’s not even so much worth aiming as it is to just strafe out and about, firing when you get cented up on your foe. Some circle strafing comes in handy, but otherwise, just keep your distance and fire away. At least there’s MFi support and the controls are configurable. The game doesn’t control awfully, it’s more about the feel of the game and the shooting than anything. 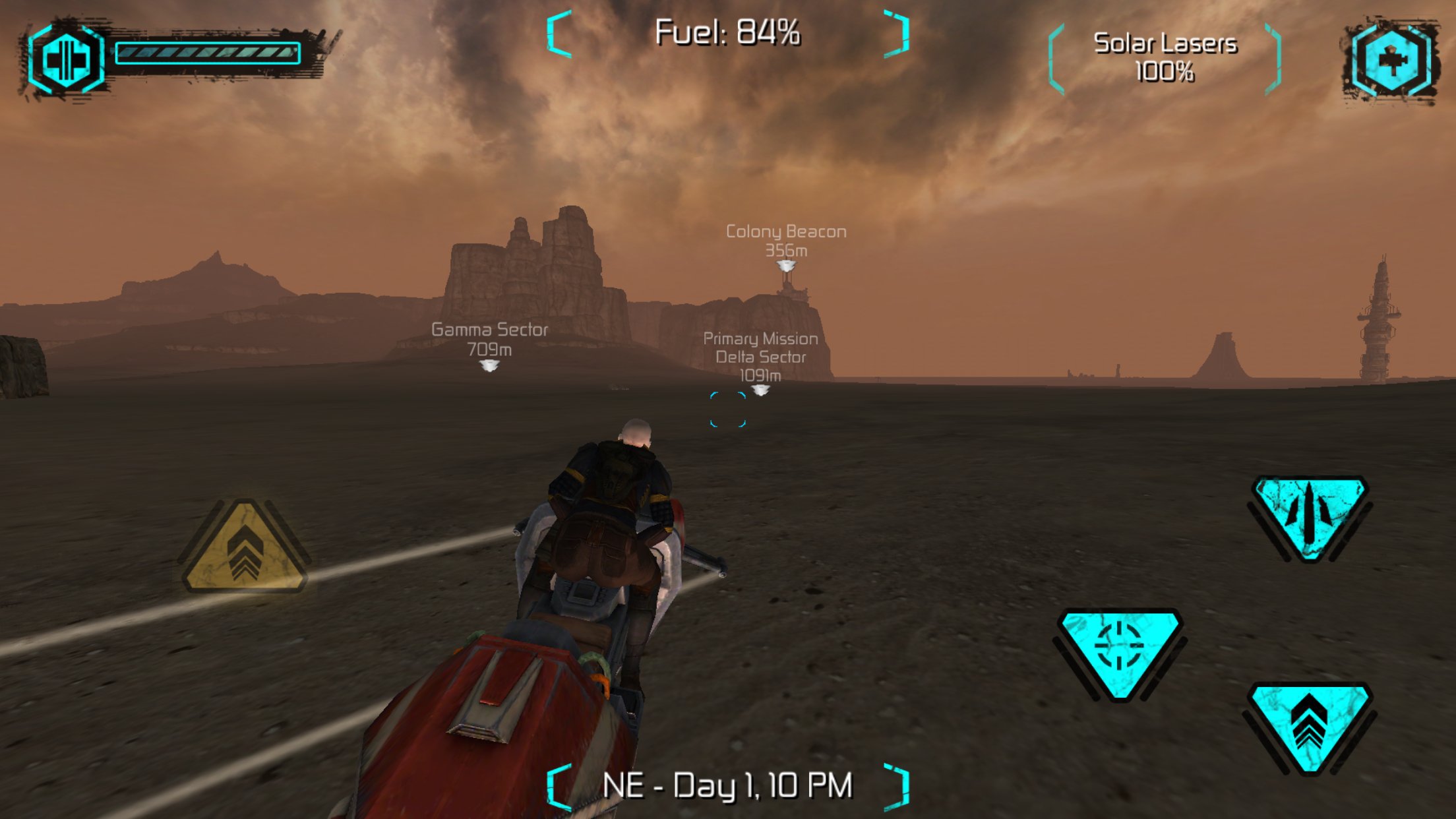 The RPG elements largely involve using certain weapons repeatedly in order to increase your mastery of them, with certain stats and skills that can be increased upon each level up. The big difference between each character is that they have a different special ability. I played as the Adept, and don’t recommend them, because the time warp ability they have is not useful at all. The ability to turn invisible or shoot power blasts? Much more so, based on my testing! Otherwise, you have to treat this game more as a shooter where you can upgrade your stats occasionally. Considering that RPG elements are permeating gaming now, this really isn’t much of a unique feature. Really, I wish that there was the ability to test out the characters, or train each of the three abilities, instead of having to blindly choose a character class early on. 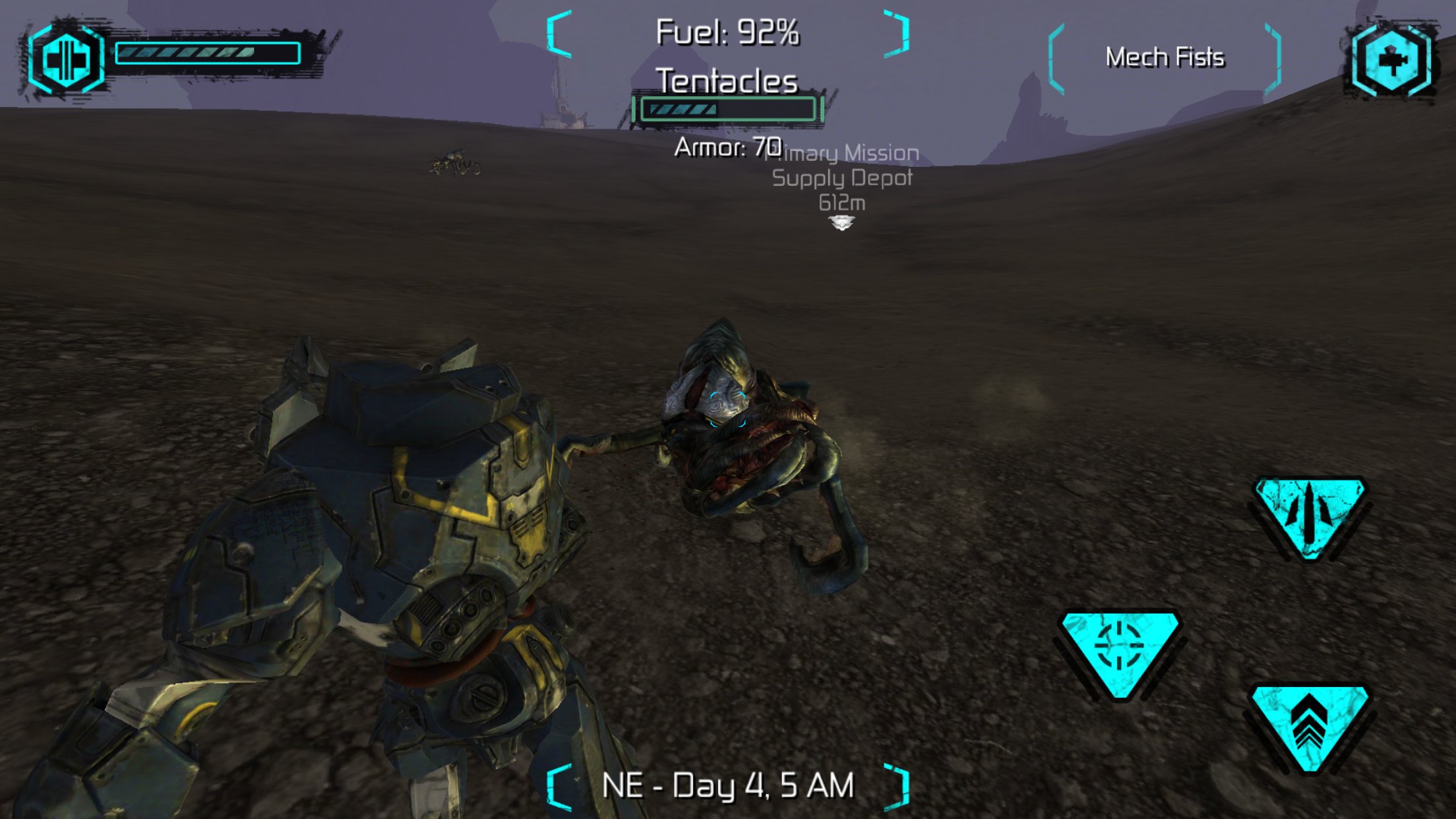 Really, I’m just disappointed in Exiles. I wonder if this was the wrong game to be made with this idea. The world needs a lot more fleshing out to live up to its pedigree as an open-world game. It needs reasons to explore that world, people to talk to, things to discover, reasons to go and find it, rather than just following the main plot. If this game was going to be a purely linear experience, then it could have been built more for that. I don’t think the storyline is very good, but a good futuristic space-shooter doesn’t need a good storyline if it has good action.

The good news is that Crescent Moon has indicated a willingness to update the game, and the game is ripe to have more content added in. There’s so much where it could be added, and so much more that could be done in this world. Some of the fundamental flaws with the combat may be hard to fix, but if you create a world that’s fun to explore with a lot to do, any clunky combat can be forgiven. It would also help if there was more character customization in terms of what a character’s skills could do. I think a lot has to be done to make Exiles into a good or great game, but it definitely doesn’t seem like it would be impossible to do.

But as it is right now? It’s a pretty package, but an extreme letdown. I can’t really recommend the game in its launch form. Down the road, if the game gets updated with more content, then sure. But right now? It’s worth a pass unless you’re the most die-hard fan of Crescent Moon games.