Developer EXE Create seems to have their business all sorted out when it comes to putting together an enjoyable JRPG on a Kemco-sized budget. Even at their worst, we end up with something like Infinite Dunamis ($3.99), a solid effort whose chief offense is in its lack of ambition. More typically, however, an EXE Create release will fall among the best of prolific publisher Kemco’s mobile catalog. The developer has a particular strength for characterization, casting their adventures with clashing personalities and a hero that shows actual growth. This work is backed by surprisingly strong localizations, resulting in a story that’s fun to play through even if the overall plot isn’t all that special. In terms of gameplay, they tend to play it safe most of the time, but unlike their stablemates at Kemco, even if they’re not strong at a particular design element, they at least turn in a good enough effort that it doesn’t detract from what they do well.

Revenant Saga ($7.99) is their latest, and has the unenviable task of following up on Asdivine Hearts, easily their strongest all-around title to date. It uses the 3D engine that EXE Create introduced in Alphadia Genesis ($4.99), meaning the battles are stiffly-animated rejects from the late 90s console era instead of the sprite-based dust-ups found in Asdivine Hearts. As usual, the game changes up several of its mechanics, but at its core, it doesn’t venture far from the typical JRPG. You’ll put together a party of four characters, travel a world filled with a seemingly equal number of towns and dungeons, and battle monsters great and small on a quest to save the world from evil. This time around, none of the game-specific mechanics are terribly exciting, so it all has to fall to the story and characters to elevate the experience. 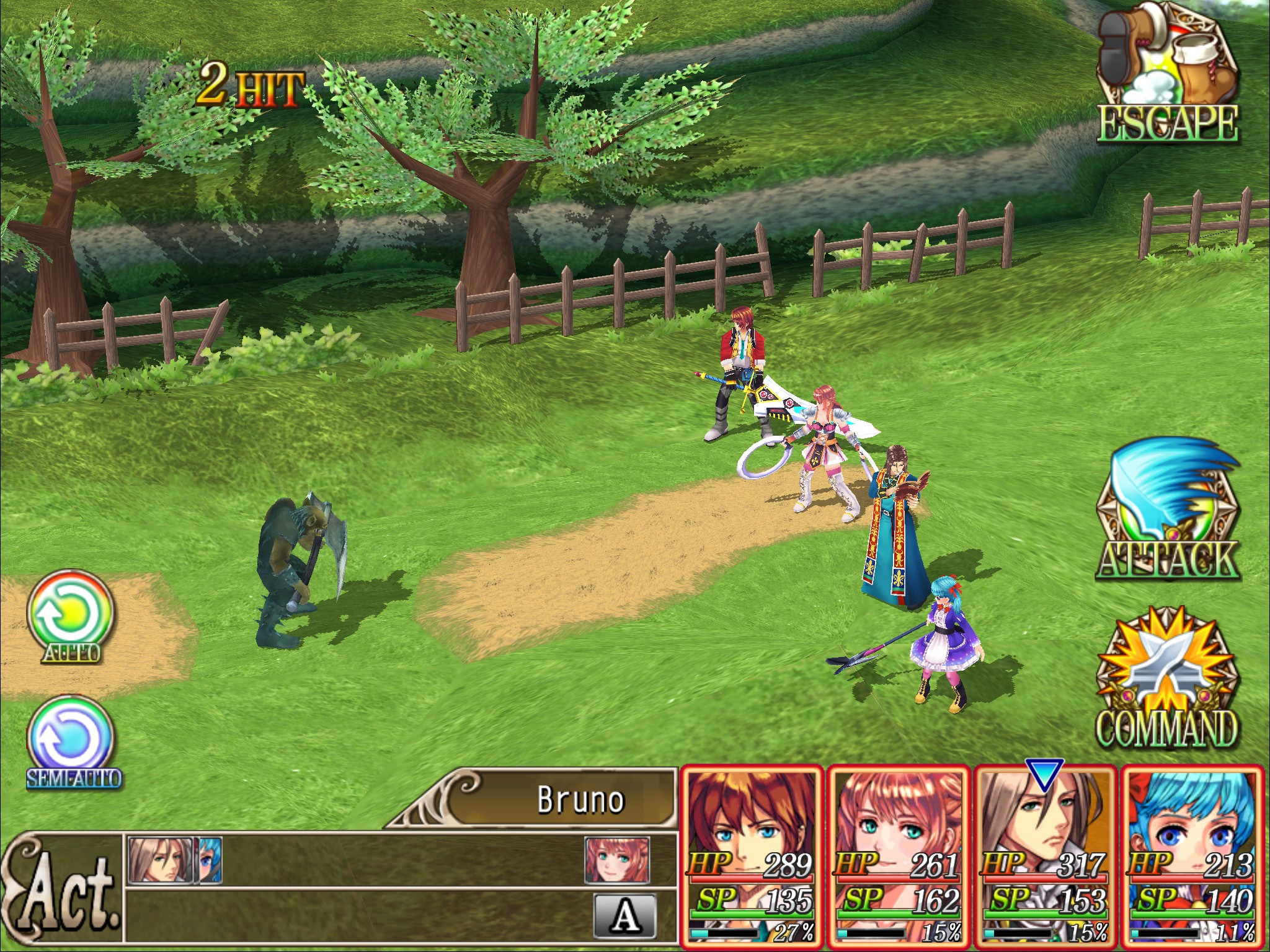 Fortunately, it’s a real hoot. The opening hours are a particular joy because every member of the party is keeping some pretty important secrets from the others, and watching them all scramble around trying to keep up their facades is not only fun but also builds anticipation for the inevitable moment of truth. Even the quiet little girl is putting on a performance. After almost everything is out in the open, the back end of the game isn’t quite as clever or interesting, but it still offers plenty of hooks to keep you going until the end. It’s almost a little too busy at times, demonstrating an exhausting juggling routine worthy of Three’s Company at its finest in a few scenes, but having lots of balls in the air just means you’re always waiting for something to come down.

The game seems entirely aware of its frequent ventures into absurdity. In the game’s world, a deadly and highly infectious plague has stricken the populace, while shambling undead called revenants appear in greater numbers as time goes on. While the plot sometimes veers into heavy situations, the overall tone of the game is fairly light and packed with banter, keeping things from getting too dour. The main character is Albert, a hopeless naive young man who has been orphaned (of course!) by the plague and ends up paying a heavy price for his gullibility when he tries to help out his childhood friend, Anna. He ends up traveling with a man of the church named Bruno, a good-hearted warrior named Esther, and a young girl named Julia, who makes it clear to the player from the start that she’s playing one heck of a long con. You’ll also meet the mad scientist Dr. Moreau (yes, that’s seriously his name), the so-evil-it-hurts Valdoren, and Ingvar, a recurring rival who steals every scene he walks into.

On the gameplay side, it’s pretty much business as usual. Beyond equipment, you have very little input into how your character is set up, with new skills being learned as you level up or randomly from certain enemies. You can customize your gear with certain effects if you find the right components, but since you’re changing pieces so often, it feels like a bit of a waste to invest too heavily in any one piece. The main gimmick in Revenant Saga shows up in the battles, with each character having the ability to transform into a powered-up version of themselves, sort of like the old PlayStation RPG, The Legend Of Dragoon. While in this state, you have access to certain special moves that you can’t ordinarily use. You have to be careful, though, since you can’t heal while you’re transformed, and if a character runs out of HP while they’re transformed, they can’t be revived until after the battle is finished. It’s basically another big gun to bring out for bosses. 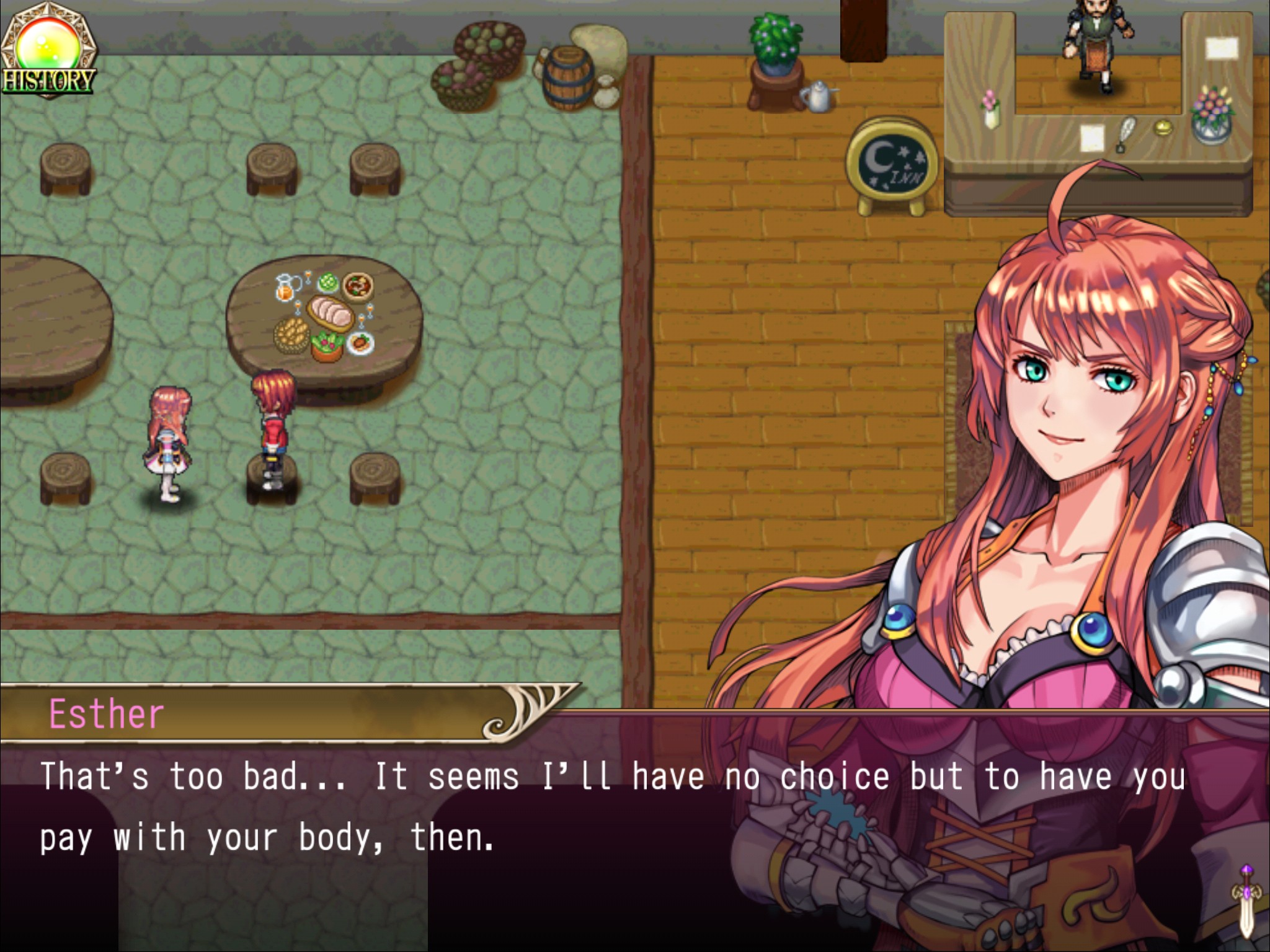 From a design point of view, everything else in the game is decent without standing out. The world map is basically a big linear tunnel for most of the game, the dungeons neither annoy nor inspire, and the battles are engaging but rarely exciting. Fans of grinding will be happy to hear that the level cap goes all the way up to level 999, though you can easily finish the main game without doing any grinding at all. The post-game content might take a little extra work, however. There are multiple difficulty options, and the by-now expected shop where you can use premium points to buy cheat items. The points are relatively easy to come by in the game itself, but if you want to go all out, you can buy them via IAP. Surprisingly, Revenant Saga has Game Center support, something only a few Kemco RPGs have included before, though it seems to be a bit glitchy in triggering achievements.

From a mechanical point of view, this is just another run-of-the-mill JRPG, so if you’re looking for fresh gameplay, Revenant Saga isn’t likely to do a whole lot for you. Its strengths instead lie with its intriguing cast of characters and a well-structured plot that keeps you interested in what will happen next, even if you’ve already guessed. By this point, most mobile RPG fans probably know how to manage their expectations with regards to Kemco’s frequent releases. This game is, within that range, one of the good ones, and should easily keep you entertained for the duration of its 20-hour adventure.