I don’t think a person needed to be a fortune-teller to see this outcome, but going back to my review of Tomb Raider 1 ($0.99) from last year, I ended it by expressing little hope for a potential port of Tomb Raider 2 ($0.99) fixing the control issues with the first game. It wasn’t hard to guess because the problem is neither with the unorthodox and somewhat fussy controls of the Tomb Raider series, nor was it with virtual controls, but rather the marriage of the two that the mobile version offered. There’s simply no clear way to map virtual controls to these games in a satisfying way. Tomb Raider 2 only makes that problem clearer with its increased challenge and greater emphasis on pulling off non-stop sequences of moves, particularly in timed situations. It’s the kind of situation where I don’t feel good about giving it a score, because if you have an MFi controller, this game is an incredible experience at a ridiculously low price, but if you don’t, it’s just about pointless to buy. Consider the number at the end of this review to be the middle of those two scenarios and apply it to your own situation accordingly.

In the lead-up to the first Tomb Raider‘s release, it was apparent to many that the game was going to be at least a decent hit, so there was likely never any question that there would be a sequel. So it was little surprise when Tomb Raider 2 was announced for release the following year. Although it was built on the same engine, many aspects of the game were enhanced, most notably the size of the levels themselves. Lara’s model also got a makeover, rounding certain things that are expected to be round and adding a long, animated ponytail that sometimes seemed to have a mind of its own. This time around, the SEGA Saturn was left behind, allowing the developers to put in some new lighting effects and really go to town on the level geometry. The resulting game is just about exactly what you would expect from a follow-up to a huge hit. It’s bigger, harder, more refined, and more sure of what it’s doing from a design standpoint. It would be a long time before a Tomb Raider game would again carry the sort of balance found in Tomb Raider 2, as Lara’s rising star started to push in more and more on the core values of the original. 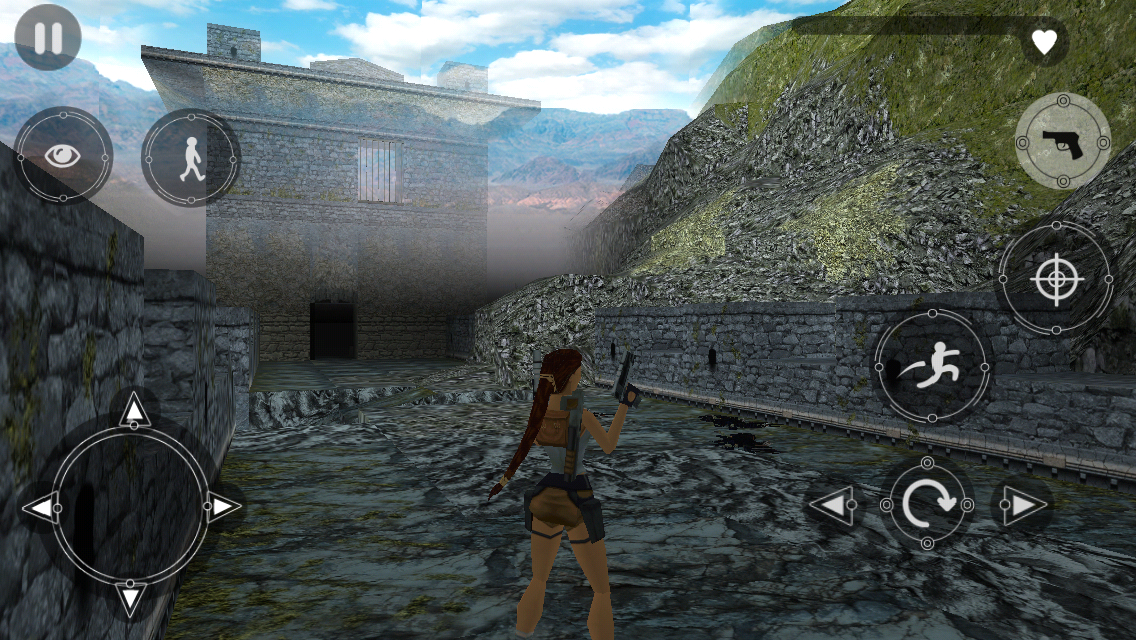 The exploration elements are still very strong in this game, with lots of great set pieces like the Talion Catacombs and a sunken ship. There’s a lot more action in this follow-up, however, with more enemies, more special ammo, and more health packs littering the levels, and a couple of very exciting, and somewhat frustrating, vehicle segments. In all, you get 18 levels in the core game and five more levels in the included Golden Mask expansion. The levels are considerably bigger than those found in the first game, and the acrobatic challenges ramp up more quickly. This is one of those games where you’re going to want to save every few minutes to spare yourself the pain of having redo some very tricky tasks. Adding to the difficulty is Tomb Raider 2‘s love of the timed switch, something it comes back to again and again. Naturally, there are also a bunch of new puzzles to be solved, and a few of them are pretty tough to figure out on your own. It was a nice challenge then, and it’s still a good challenge now.

Best of all, this is the PC version of the game, so the graphics look as nice as they’re going to without reconstructing things. If your only previous experience is with the PlayStation version, you’ll probably be pretty surprised at how good it looks running in high resolution. Everything is still low-poly and blocky, of course, but that’s the way it was. As I already mentioned, this version includes the PC-only expansion levels which are probably as good as new content for a lot of people. You also get Game Center support with a whole list of achievements in case you need something beyond the game’s own secrets to work on. Like the first game, this is a very good package for the price. 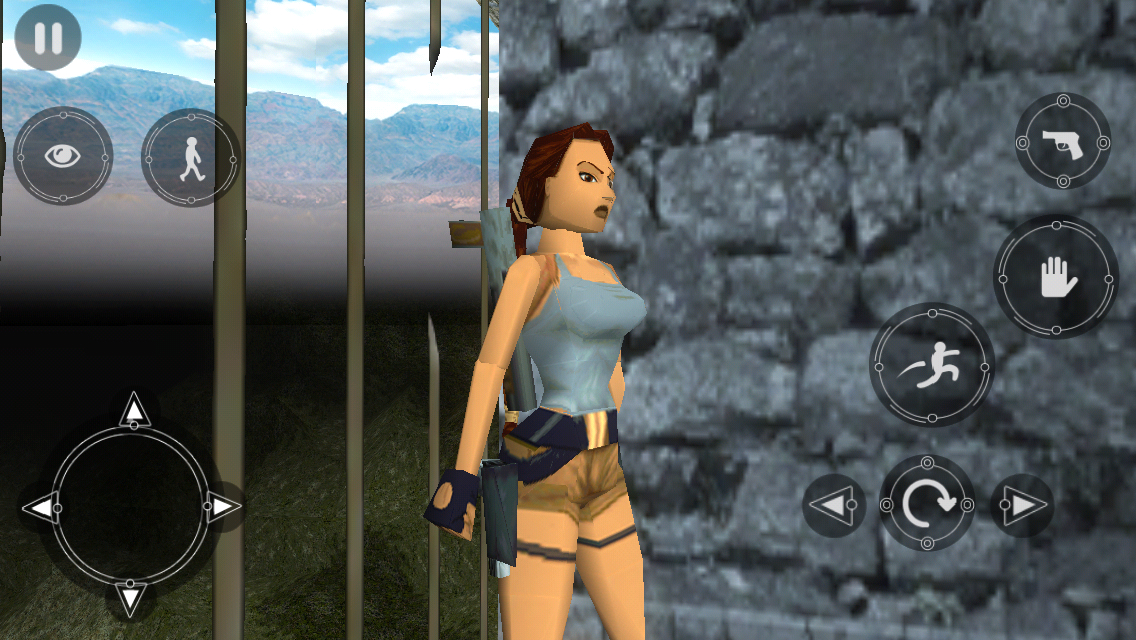 However, also like the first game, the touch controls are a near-total deal-breaker. As a fully 3D exploration-heavy game from the pre-analog era, Tomb Raider 2‘s controls were already a bit touchy to begin with. There’s a certain unique feel to the classic Tomb Raider controls, and the games demand you not only understand that feel, but master it if you want to get through the many traps and trials along the way. Lara’s got a pretty extensive moveset that uses most of the buttons on a PlayStation controller, and this version of the game doesn’t try to do anything beyond creatively map each on onto a virtual button somewhere on the screen. I usually get on fine with virtual buttons, probably better than most people, but this particular combination proved nearly unplayable for me. I usually try to play through games for review with touch controls only, since most of our readers will be playing under those conditions, but I could not get through Venice without resorting to my MFi controller, no matter how hard I tried. And that stage is relatively early in the game. I can’t even imagine making it through the later levels.

So, second verse, same as the first. Tomb Raider 2 is a great game, probably the best of Core’s Tomb Raider titles. From a technical standpoint, this is an excellent port, and it includes all of the official content ever released for the game. The content-to-price ratio is amazing, and this is still a relatively untapped genre on iOS. Unfortunately, every last bit of that praise is for naught if you don’t have an MFi controller. If you do, this is a must-buy, but if you don’t, the extra four or five dollars you’d spend buying it on PSN or Steam instead is money well spent.