With the European launch happening any time now, Reddit user /u/TheMrShine put together a handy guide on how to buy Goblins vs Gnomes packs. Hopefully it’ll help European players avoid some of the confusion that American Hearthstone players have experienced over the last 24 hours. 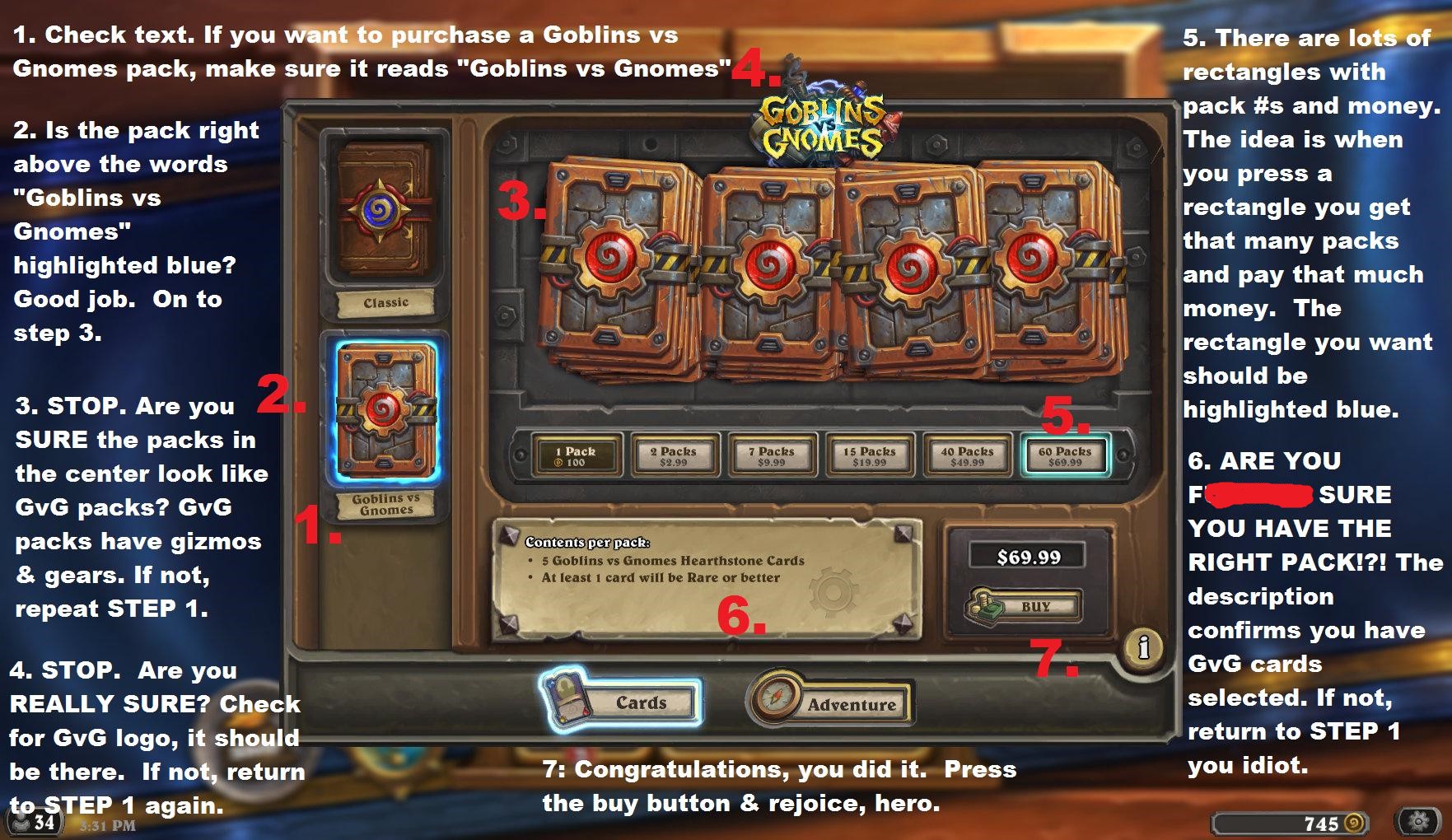 The guys on r/hearthstone are quick to point out Blizzard mentioning the current limit of nine Heathstone decks is due to limiting the complexity of the game… And given the apparent sky-high levels of difficulty when it comes to selecting the proper pack to buy, I think any chance of ever having more than nine decks have gone straight out the window.