Empty Flask Games is working on a spinoff of their 2012 action game Infinite Warrior (Free), called Infinite Warrior: BattleMage. This will be an action-defense game, where players will take control of a battle mage in a tower located in the center of each level, hurling spells at enemies, trying to survive as many waves as possible. Controls are as simple as tapping on enemies to fire spells at them, with a number of special abilities that become unlocked over time, with 20 total spells across 4 different schools of magic. 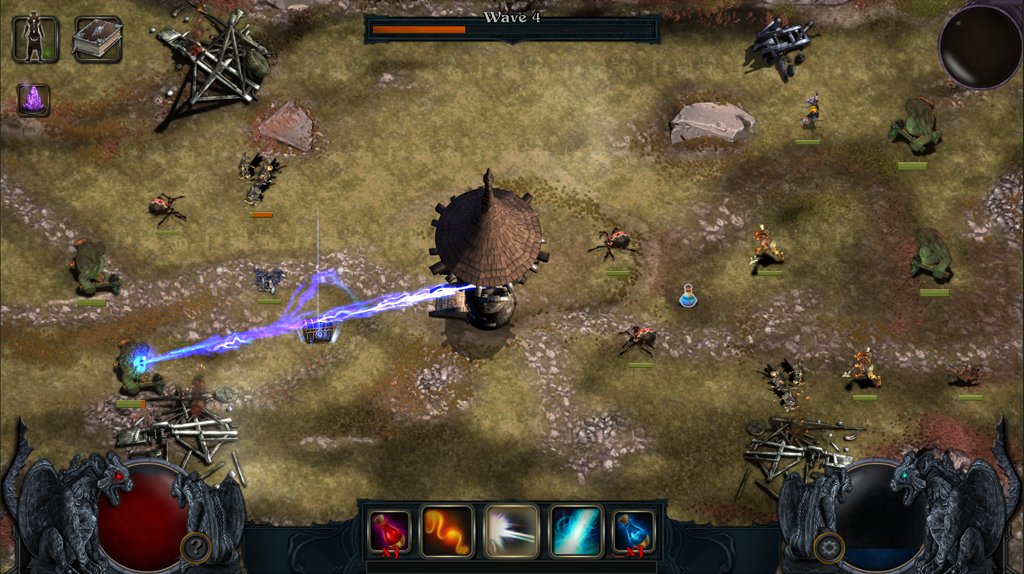 There’s a heavy RPG influence, with character leveling and equipment to improve stats. There are 6 total battlefields, but players will start off with just 1 to play in. The developers are hoping to expand the lore of the Infinite Warrior series, with challenges that can be completed to unlock more information on the world, along with in-game rewards. The game will be $2.99, though it will launch for $0.99. It won’t have any in-app purchases, and in a real throwback, it will have cheat codes! Cheat codes are coming back, y’all! Expect this one by the end of the year, and the developers are chatting this one up in the forums.