Zen Studios is adding another Marvel-themed table to their lineup of digital pinball games across all platforms, including of course iOS. Spider-Man’s arch-nemesis Venom will be getting his very own table, and it’ll be coming to both Zen Pinball (Free) and Marvel Pinball ($0.99) the week of December 8th. Specifically, iOS gamers can look forward to the table becoming available on December 11th, and it’ll be in line with other Marvel tables from Zen and will cost $1.99. Here’s a screen of the new Venom table. 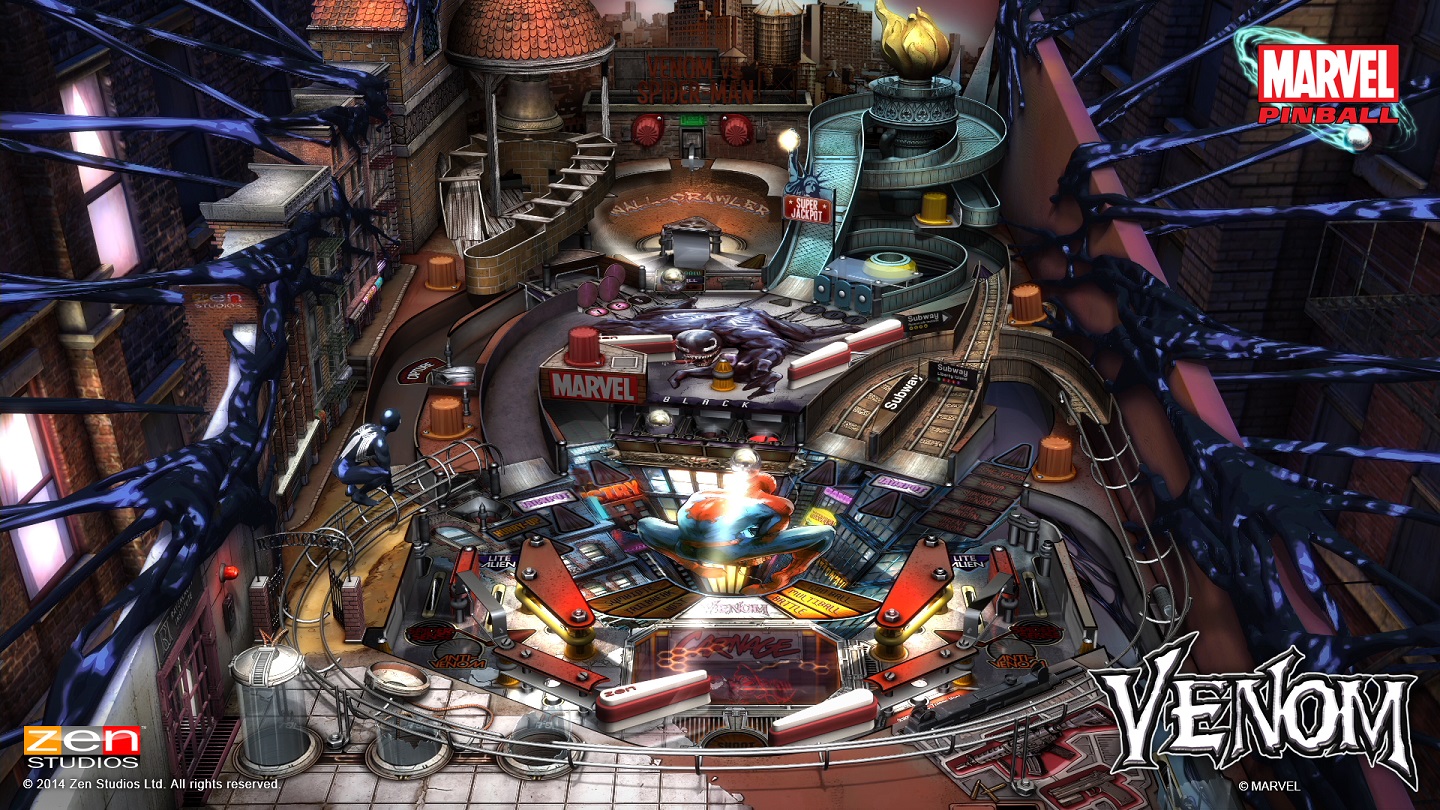 Zen Studios has posted a few additional screens over on their blog where they announced the new Venom table, and if previous Zen table releases are anything to go by I’d imagine we’ll be getting some sort of trailer showing off the table before its release. Based off of Zen’s history I don’t need a trailer to get excited for the new Venom table, as I’m a fan of pretty much anything they put out. Look for the the Venom table on iOS in Zen Pinball and Marvel Pinball December 11th.