Sequels get a bad wrap. When you consider the benefits a prime iteration of a game or movie has going for it, its no wonder the follow up that lacks the initial reveal often disappoints. Luckily you don’t have to worry about disappointment if you pick up 2k’s XCOM: Enemy Within($4.99). Enemy Within has packed on a ton of features that dovetail seamlessly with it’s successor.

Just in case you are new to the party, this franchise started back in 1994 and got a ridiculously fantastic reboot in 2012. A year later Enemy Within launched and now its here to monopolize the free time of the iOS strategist. XCOM games pretty much follow the same basic formula. Aliens are invading, its up to you to command a fighting force capable of resisting and repelling them. Gameplay is turn based combat heavily reliant on getting your people into cover to set up flanking maneuvers on the xeno scum. As you progress you also have an underground base of operations that you will upgrade to conduct research on alien technology, level up your troops, deploy various satellites and air craft, and in general manage the global threat. 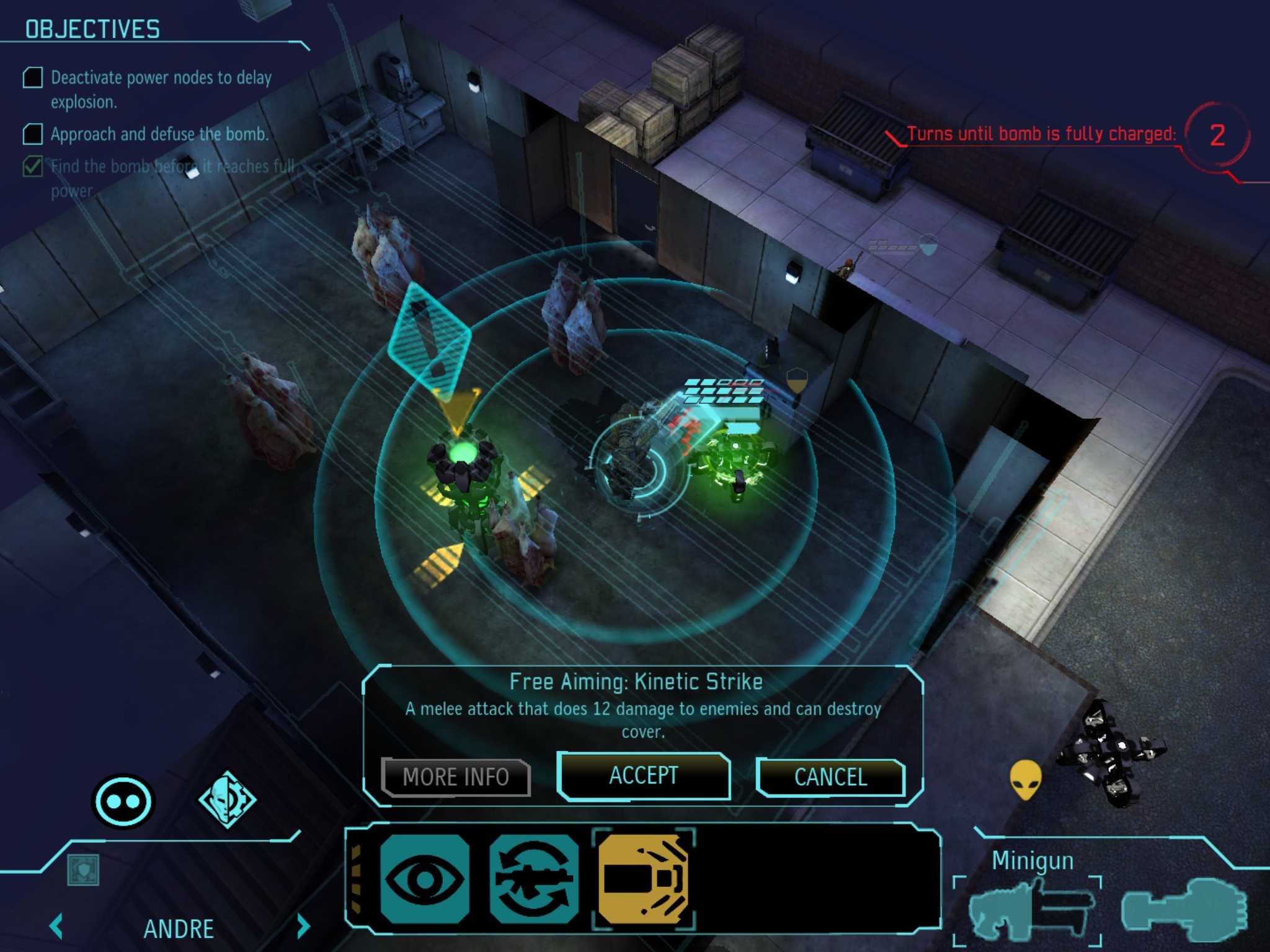 It’s an involved strategy game series that I personally love and cherish. Enemy Within has done nothing to mar my view and even with some longer than usual loading times, I was delighted throughout my time playing so far. The game is pretty large, but its a premium title and with 0 IAP, it should really appeal to the core gamers that comprise most of the XCOM fan base. The game looks fantastic on my iPad 3, and even though it’s at the low end of the acceptable device list, it handles decent except for the aforementioned slow load times. Although I didn’t play on an iPhone, I wouldn’t be surprised if the only possible issue was load times, since the UI of the game, just like it’s predecessor, is quite solid once you do get loaded in.

The thing that caught my attention the most about Enemy Within are the Mech suits, or MECs as they are called in game. Our forum thread is also a mite bit obsessed as well. I’m not sure if it’s just because I love big robots, but man the cinematics got me hyped. MECs are huge, MECs are stompy with devastating melee attacks and blistering ranged attacks. They get in fights with other MECs and all of a sudden I am watching a BIG O episode SMASH BOOOM YESSSSS. 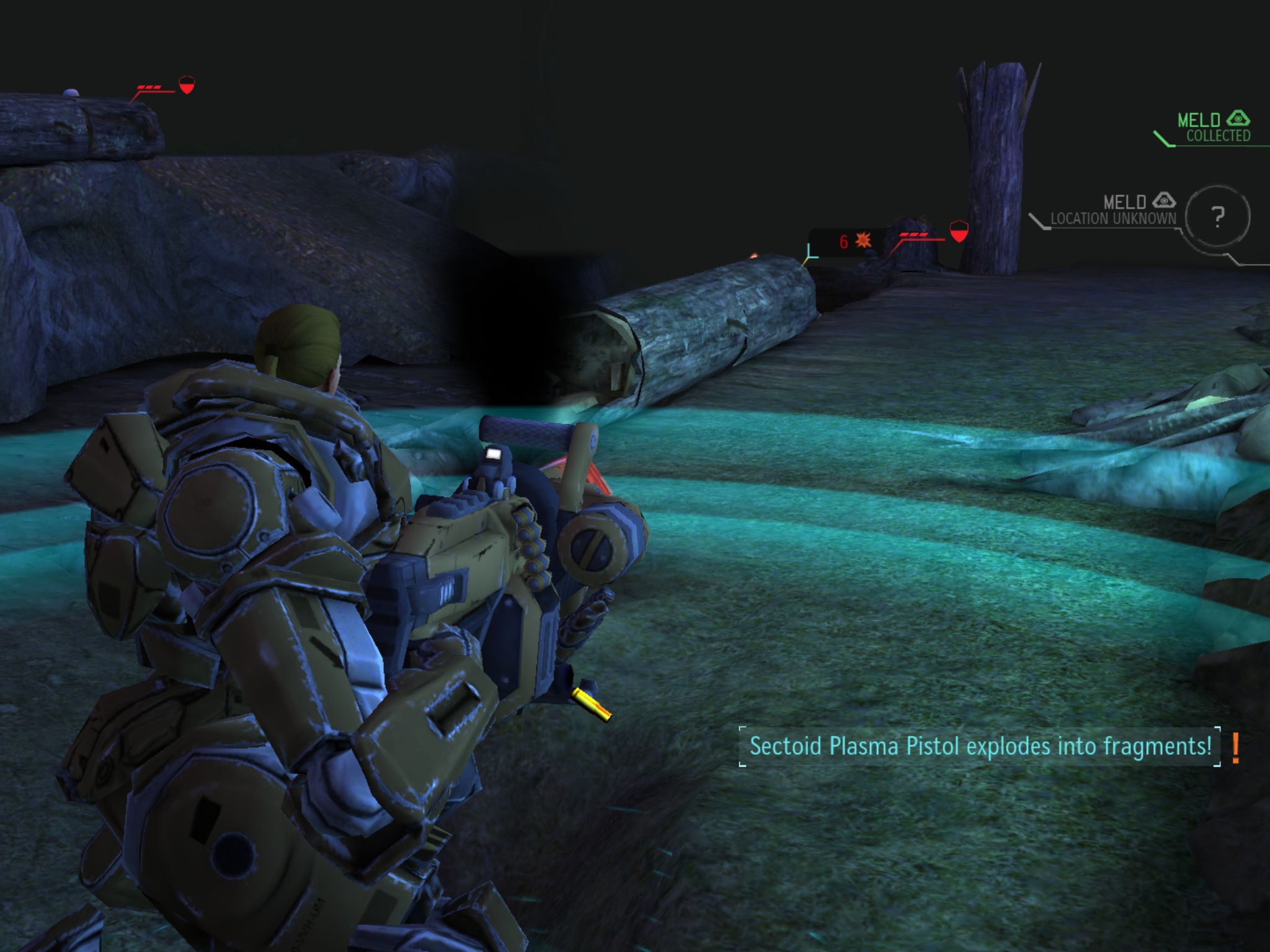 Alright. Now that I’ve calmed down a bit, lets take a more analytical look at MECs. You’ll have to build some facilities and do some research in order to start building them. You’ll also have to find ‘volunteers’ to undergo the ‘upgrade’ process. I was a little taken aback at the grim way the game explains that it would take some time to complete the amputations required to prep a soldier for a MEC suit. I mean, XCOM doesn’t really pull punches when it comes to how dire the plight of their world is, but it definitely started to venture into a more Warhammer-like grimdark mood, a little more than I have seen with XCOM in the past.

So once you’ve come to grips with the technological terror you have created, it’s time to see how this bad boy performs on the battlefield. The thing is overkill until you go head to head with enemy MECs, but I’m not complaining. With the amount of health and firepower this thing is packed with, it doesn’t need cover. Let me rephrase that, it doesn’t use cover. That’s the balance point you kind of have to have with such a strong unit. I appreciate the tactical options having a class that ignores cover affords, and at the same time I understand that XCOM for many people is appealing for it’s in depth cover and flank mechanics. Even if you do use a MEC, your non-MEC units will still be using cover, so its not a total loss of the mechanic. I really like having a MEC for covering open areas and filling spots that have awkwardly angled cover points. For me, it’s not a circumvention of the system, as much as a nice little band-aid for when my squad feels a little too exposed.

Powering these behemoths is a new resource, meld. Meld is gathered as an additional objective of most missions with a time sensitive restriction. If you don’t get to the meld quick, you wont be able to harvest it. Along with fueling the big rigs, meld also allows you to research various super human abilities to implant into your troops. With a bigger research tree, its more important than ever to be sure to be researching the most important stuff for your strategy and building the correct facilities. With an expanded list of rooms you can build, base management also requires a little more attention.

Some have complained that the added perks you get make the game too easy, but I still found plenty of challenge to be had in rushing through maps to get a hold of each bit of meld I could find. In all I didn’t find any of the add ons of Enemy Within to be less than stellar. If you are even slightly interested in turn based games, this is not one to miss.