Secret Crush announced their pixelly puzzle game Sunburn a few months ago, but we now know that we can expect the game to officially release next week on November 20th for $2.99. Taking place in outer space, the goal is to try and rescue the myriad scattered members of the crew by flinging around in space, latching on to celestial bodies in order to help rescue everyone, and then kill them all in the flames of a red giant, because dying alone kinda blows. There will be 60 levels of communal doom to work through, with 15 different spacepersons to try and save and then kill.

Secret Crush is made up of three recent graduates from the NYU Game Design MFA program, though member Diego Garcia has worked on Heads Up! Hot Dogs ($0.99), an entertaining title published by Adult Swim Games back in 2012. The premise, pedigree, and pixels all portend positive possibilities for this promising puzzler. The future for this game seems a lot brighter than for the astronauts that are the stars of Sunburn, that’s for sure. 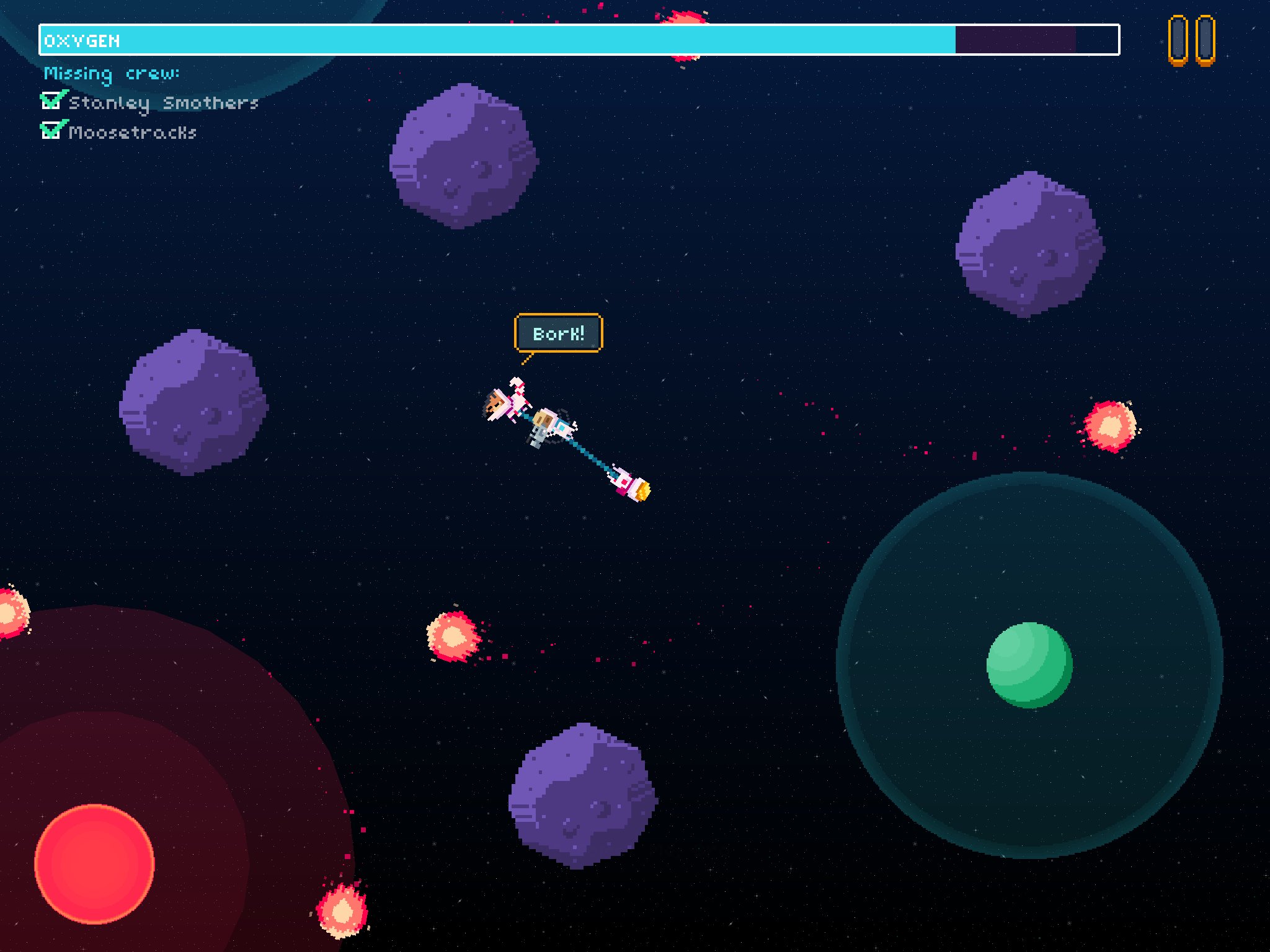