Companion apps for console games are always a mixed bag – it’s hard to think of one off the top of my head that became a must-use essential with the game in question, and I’m curious as to how many people use something like Xbox Smartglass (Free) with any regularity. But publishers keep putting out these apps, and hey, at least the Assassin’s Creed Unity Companion (Free) sounds like it has some useful features. 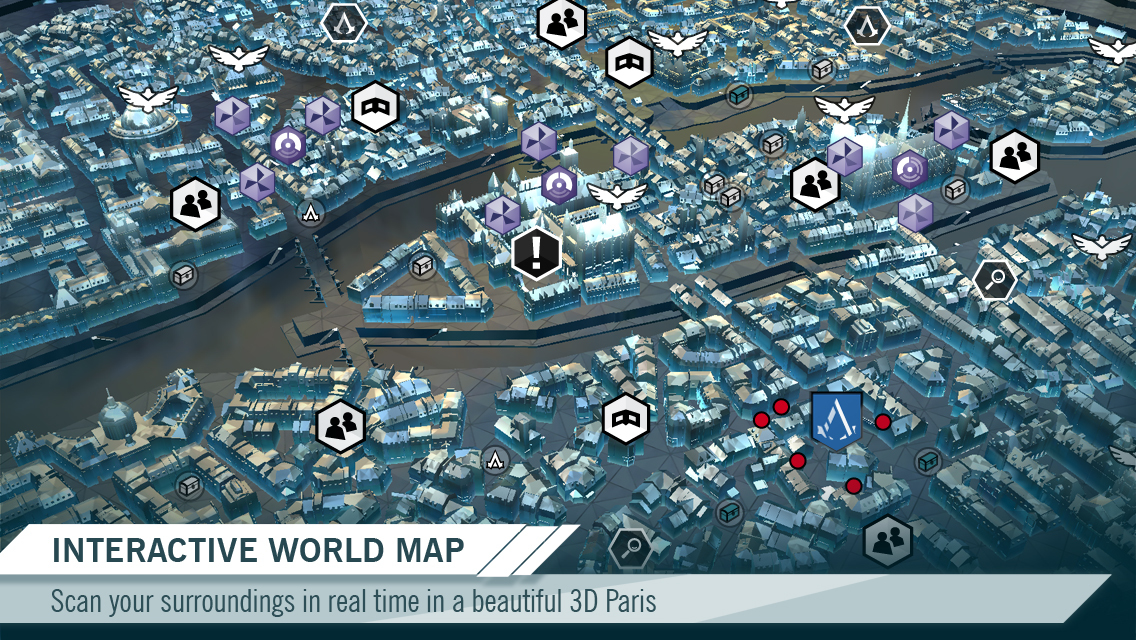 By logging in with the Uplay account used to play the console/PC version, several features become unlocked. There’s an interactive world map that shows where missions are, along with the locations of friends for co-op missions. There are Glyph puzzles on Parisian landmarks that can unlock new missions and rewards. Various other info including heatmaps, equipment stats, and a database is available. Interestingly, there’s also a premium unlock for $1.99, which seems silly, but hey, there’s apparently IAP in the console game, so hey, we’re beyond the pale here. There are some puzzles and part of the map available even if you don’t connect it to the console game, though. Any Unity players that actually think this companion app stands out from the rest? Let us know in the comments.