Earlier today, we reported on the announcement of Blizzard’s first expansion to its wildly popular CCG Hearthstone. Dubbed Goblins vs Gnomes, this expansion focuses less on a storyline storyline (i.e. Hearthstone’s ‘Adventures’ such as Curse of Naxxramas) and more on just adding a ton of new cards to the gameplay arena. I had the opportunity to play a few games with decks mostly comprised of a few of the new cards that will be available in Goblins vs Gnomes and, suffice to say, it’s going to add some crazy new strategies. 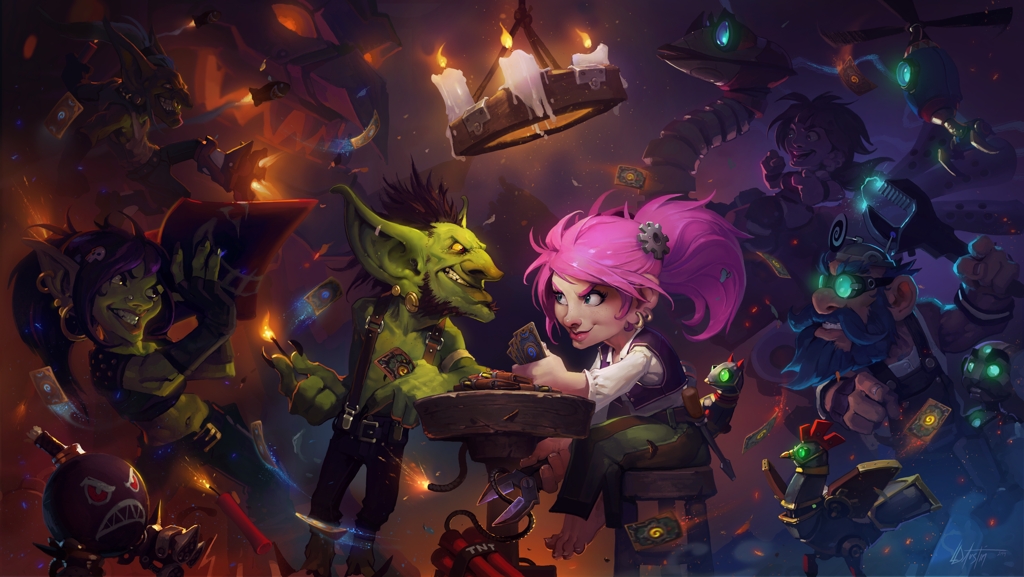 The biggest addition that folks will see in Goblins vs Gnomes is the introduction of a new card type, Mechs. These types of cards are full of a wide variety of random effects. In addition, a great deal of the new cards feature Battlecrys and Death Rattles that rely on having Mechs in play for them to work. For example, the new Goblin Blastmage deals four damage randomly split amongst enemy characters if you have a Mech card on the board. Others, like the Unstable Portal card, simply add a random minion to your hand (with the only caveat being that it will cost three gems or less).

Of course, being an expansion focusing exclusively on Goblins and Gnomes, there are a few cards that have been revealed that are simply hilarious while potentially adding to the game’s deep strategy. The early-game Annoy-o-Tron costs two gems and only one has attack, but comes with Taunt, Divine Shield, and Two Health, which makes it a cool new card to potentially lead with. Explosive Sheep is another entertaining card, which deals two damage to all minions and has a low cost of 2 gems. Micro Machine, meanwhile, is another two gem, two health card but has an interesting effect of gaining +1 attack at the start of each turn. 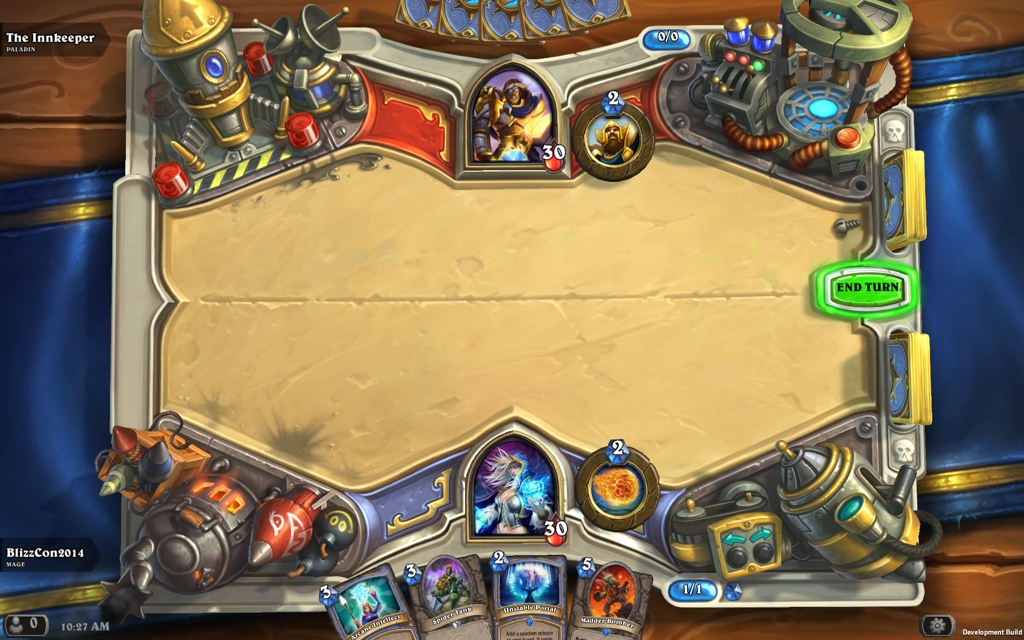 Goblins vs Gnomes doesn’t neglect the end-game either, as there are a few new really hire powered cards that can certainly turn the tide. The return of Mekgineer Thermaplugg is particularly worthy of notice, as this 9/7 card summons a Leper Gnome whenever an enemy minion dies. Sneed’s Old Shredder is another crazy card, which will summon a random legendary minion as its Deathrattle.

Randomization is the key to the game when utilizing Goblins vs Gnomes cards, which leads to a possibility of some crazy outcomes. I played a few rounds against some other press folks and it’s very apparent that the new cards will require some substantial modification to play styles in order to effectively incorporate them. The risk-reward substantially increases with random effect cards, and I think Blizzard’s intent is to provide a new opportunity to level the ground for novices with the possibility of getting a lucky draw on a random card while providing experts with some new cards that can add to their existing repertoire. I also really like some of the new cards such as the Recombobulator, which transforms any friendly minion into a random minion with the same cost. Being able to effectively start over halfway through a match adds some really deep strategy to Hearthstone.

Goblins vs Gnomes will feature over a 100 new cards available as card packs. The card packs will be winnable in Arena mode and will also be available for purchase with in-game gold or real-money via separate GvG packs. One cool announcement is that players will get full access to Goblins vs Gnomes cards within Arena mode without having to own the cards outright. In addition, while the much sought-after Spectator Mode was mentioned, no timeline for release has been announced yet.

Pricing and a specific launch date for Goblins vs Gnomes have not been announced yet, but we do know that the expansion will be coming out sometime next month. Meanwhile, stay tuned as we continue to check out Hearthstone at BlizzCon.