I love how far mobile device hardware has progressed over the years, and the complex and impressive games that are possible because of it. But I also have a soft spot in my heart for those simplistic time wasters that aim to fill those brief moments of downtime throughout our busy lives. Specifically, I love portrait-oriented, one-handed, single-thumb games. Games like Bouncy Trampoline (Free), SlamBots ($1.99), Doug Dug (Free) and yes, even Flappy Bird are frequented by me when I feel like playing something but don’t feel like thinking too hard about what I want to play. I even have a folder on my home screen dedicated to games like this, games that I know I can tap on any of them and reliably be entertained.

Recently, a new one-hander made its way into my life. If you listened to our podcast last week you heard me gushing about it. It’s called Caveman Pong (Free), and it is more fun than it has any business being. Have you ever practiced playing tennis or handball or pretty much any other ball-related sport by batting the ball against a wall by yourself? That’s basically the premise behind Caveman Pong. It’s like one-player Pong played against a wall. Your paddle is a blocky caveman who jumps in the air with a single tap. Your ball… well, it’s not really a ball, because it’s a square, but the goal is to bounce it against the wall back and forth as many times as possible without letting it get by you. 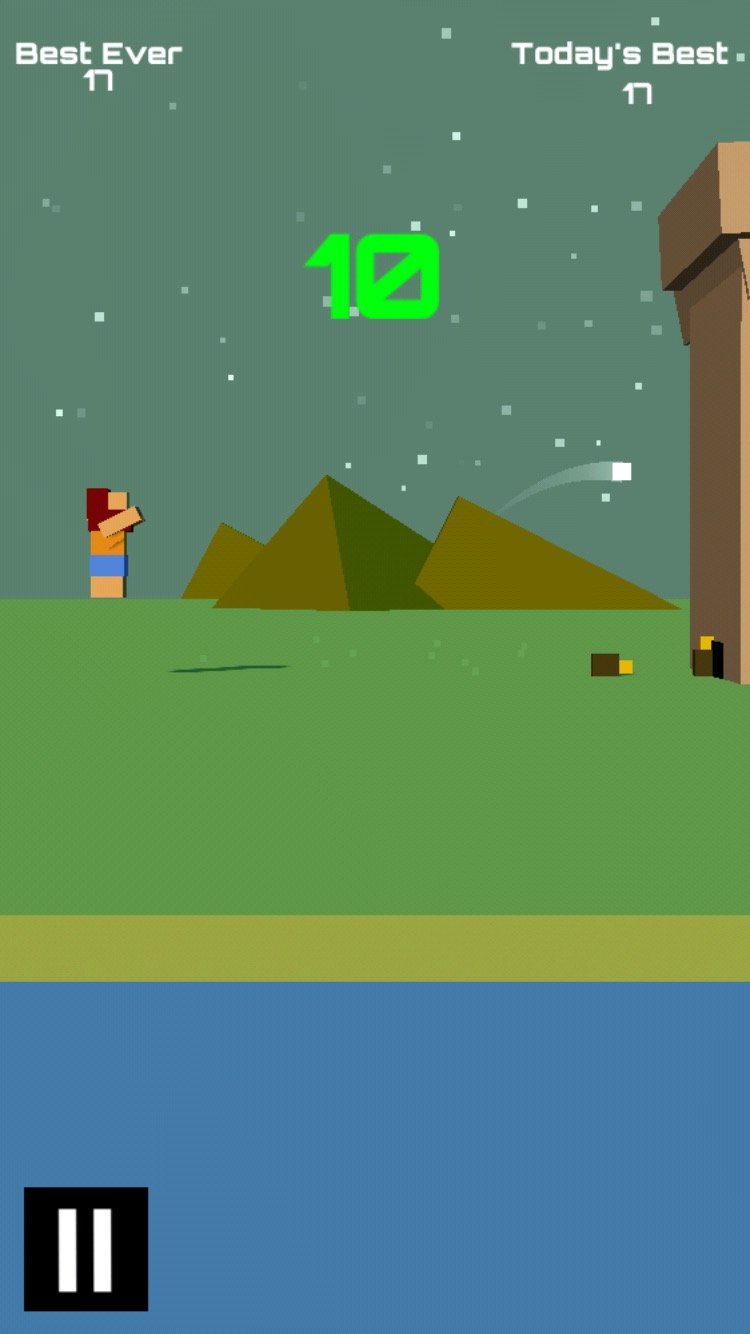 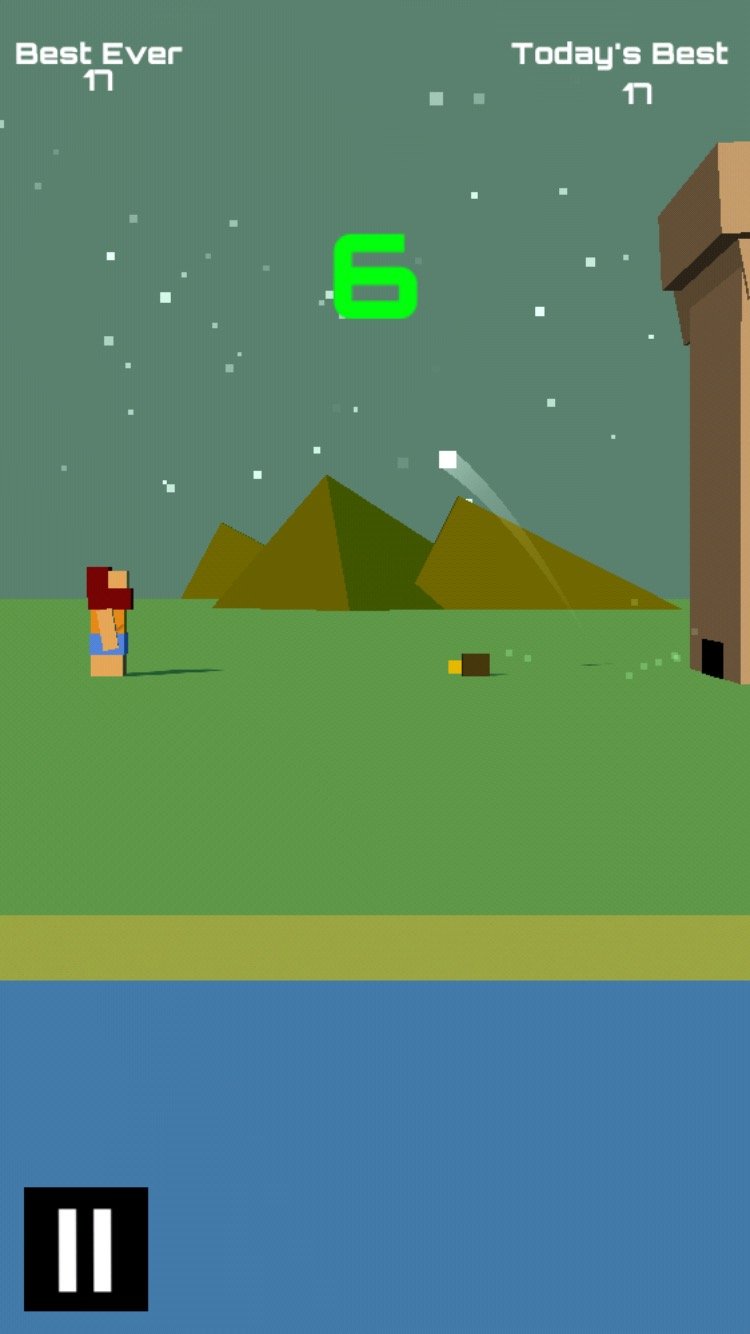 It’s an extremely simple idea but it’s the tiny details that make Caveman Pong work so well. One of the problems with Flappy Bird was that once you got comfortable with the timing, high scores became more of an exercise in monotony as you made your way through hundreds of pipe gaps. In Caveman Pong the physics of the ball are somewhat unpredictable, which avoids that tedium of getting locked into the same rhythm over and over. Also, just like in Pong or Breakout, how and where you bat the ball off of your caveman paddle makes a difference in how the ball bounces. Despite the fact that you’re doing the same simple action over and over, every game of Caveman Pong feels wildly different.

Another thing that contributes to the variety in Caveman Pong are the little creatures who begin crawling around the landscape as your score rises. These little guys crawl across the ground and up the wall you’re bouncing against, and they can throw off the trajectory of your ball if you hit them. That’s not always a bad thing, but it has a tendency to throw off my timing. Also there are special colored critters that bestow abilities onto your ball, like a green one that makes your ball move in slow motion or a red one that makes it move much faster. There may be other colored critters too, but so far my high score is just 17 so I’m not too sure what might come beyond that.

Caveman Pong probably won’t be the game you show off to your friends to impress them with how fancy your iPhone is, but it probably will be the game you fiercely compete with them over for high score supremacy. I really feel like it has the potential to be the next Flappy Bird-like schoolyard phenomenon. It’s free to download and ad-supported, with an option to disable ads for 99¢. There are criminally few impressions in our forums so far, so if you like these simple but difficult high score chasers then you really need to download Caveman Pong for free and try to beat my whopping high score of 17.