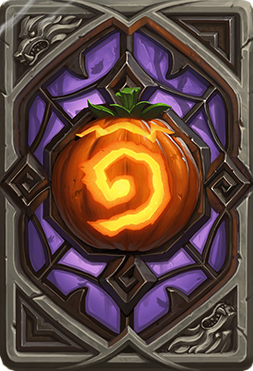 “DAMN IT," is what I said when I posted this last story and realized I hadn’t taken the insignificant amount of time it takes to reach level 20 in Hearthstone (Free) in September, thus missing out on the pirate card back. I’m in a bit of a Hearthstone lull currently, waiting for the next expansion, but it’s still important to get those collectable items in Blizzard games because… reasons? If you don’t have the itch, I’m not sure I can explain it. It’s the same feeling you get when you miss out on an easy to get time limited title in World of Warcraft proper.

So, consider this your warning if you too haven’t been playing much Hearthstone lately. The October ranked season rewards a particularly awesome cardback, and getting it takes minimal effort. All you need to do is play ranked games until you hit rank 20. At this level, losing games doesn’t result in lost progress so you can really play any jank deck and just slam your head against enough opponents and win.

Additionally, per Hearthpwn there’s some other cool card backs you can get which just recently got patched in. If you get the collector’s edition of the new WoW expansion you get one, and if you attend Blizzcon (or buy a virtual ticket) you’ll get one too.

Presumably there are other people out there collecting these card backs, hopefully this post causes you to avoid my September frustration.