Normally I don’t put a whole lot of thought in to divining the meaning of the weird iOS press packets that get mailed to me on the reg’, but when Blizzard sends you something… Well, that seems noteworthy. When they send you something UPS overnight and that something is quite literally two pieces of paper… That seems even more noteworthy, right? Maybe?

Blizzcon is next weekend, and it seems like we’re nearing 100% certainty that there will be some kind of cool Hearthstone announcement. I would’ve said that before UPS came today, but, now I think it’s all but guaranteed. Here’s what I got- 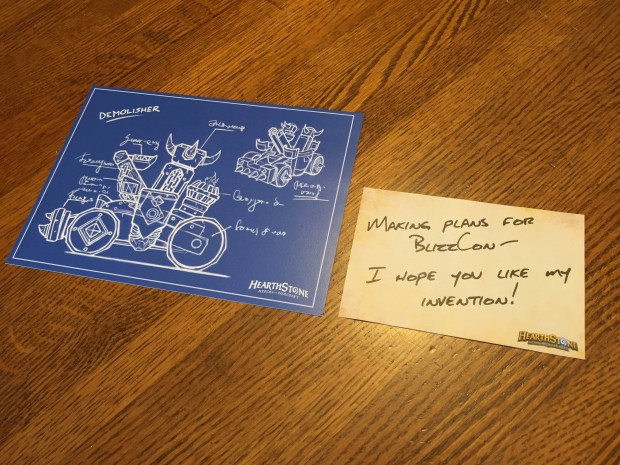 Is a new demolisher going to be featured in the new card set? Is Blizzard sending other plans to other people, teasing out additional cards or things they’re going to do? Speculation is the name of the game, at least until next weekend when the doors of Blizzcon open.