Puzzle to the Center of the Earth

We’ve seen all sorts of games that are “match-3 mixed with [insert genre]" over the years, and in general it’s a great way to mix familiar, proven gameplay mechanics with a more robust genre of game. At first glance, Foursaken Media’s Puzzle to the Center of the Earth (Free) looks like it might be just another one of those block matching games mixed with additional gaming elements. And that’s true to a certain extent, but what has stuck out most to me about Puzzle to the Center of the Earth is just how thoughtful and strategic it is, as opposed to just being a matching game based heavily on the luck of the draw. 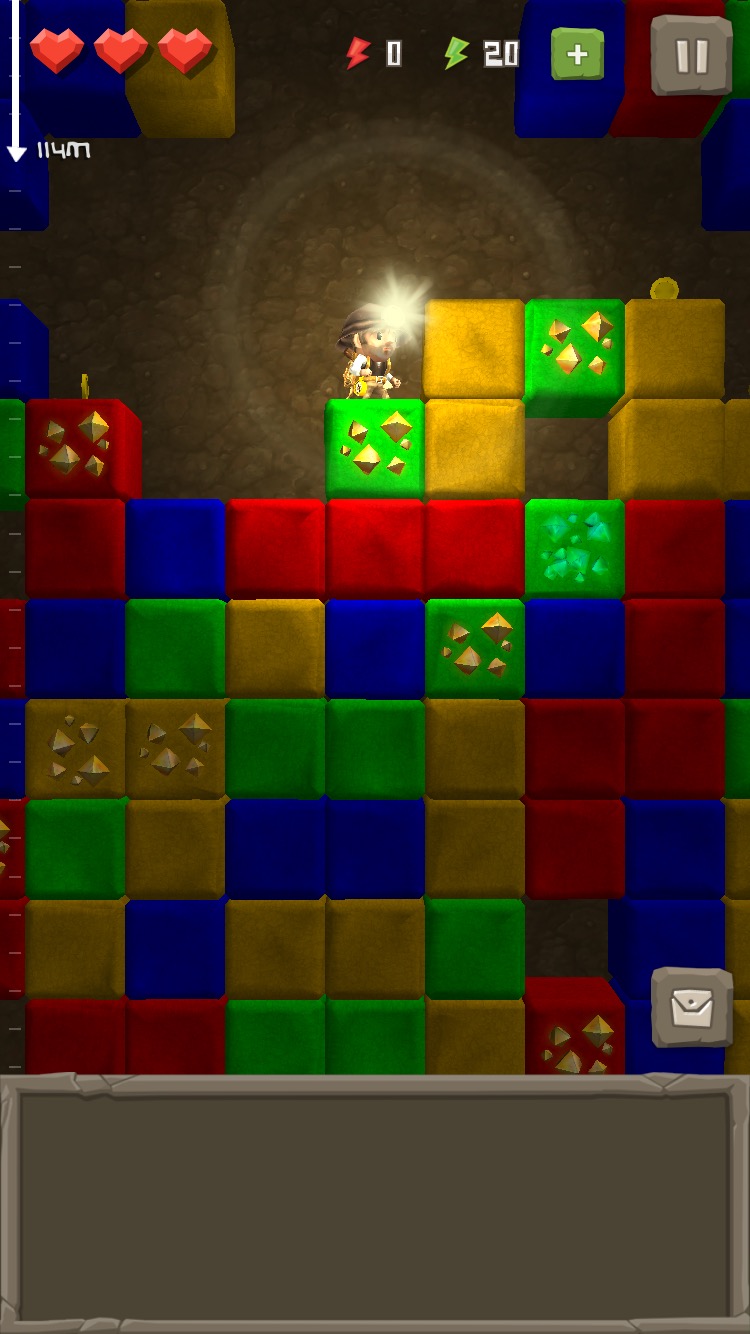 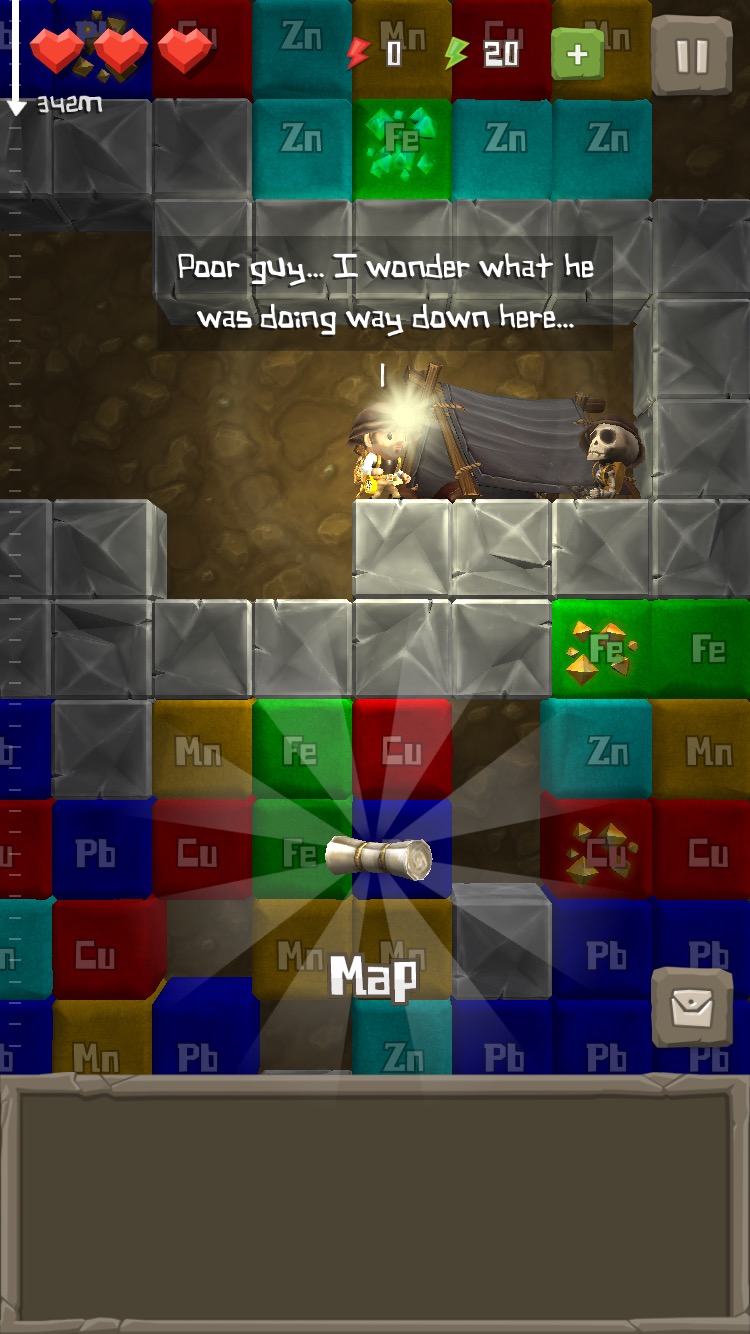 This boils down to the fact that the levels in Puzzle to the Center of the Earth, for the most part, aren’t entirely randomized, and making matches requires using energy from a limited pool. The goal in each level is to make enough matches so as to clear a way to the bottom of the mine, and accomplishing that can be a pretty straightforward experience. But if that’s all your going for in each level, you’re missing out. Each level also has a hidden star, a hidden lever, and goodies like items and gold that can be collected. Puzzle to the Center of the Earth is more about exploration and discovering secrets than it is just finding the end of each level.

Because of that, the game is more strategic than most matching games are. In your explorations, it’s easy to “paint yourself into a corner" if you aren’t careful, as getting to a hidden item is one thing but leaving yourself a viable way back and to an exit can be quite another. This becomes even clearer as the game’s levels progress and become more difficult. But some blocks can reward you with precious energy to make more moves with, and because of that careful planning is an even more essential skill than recognizing a match of 3 or more colored blocks.

We’ve picked several Foursaken Media games as Game of the Week before, and with good reason. The developer is a master at blending together genres in an interesting way. Not just slapping them together though, but actually putting thought into how the various elements work together and complement each other. Puzzle to the Center of the Earth is no exception, check it out.