Armor Games has been doing a decent job of porting a few of their many online games to iOS as of late, and Cursed Treasure 2 (Free) is one of their better TD titles to hit the App Store. Combining a lot of the standard TD fundamentals with some nice novelties and improvements, Cursed 2 isn’t going to wow anyone with a significant reinterpretation of the genre. However, it does have some cool nuances, plenty of replaybility, and hits all the requisite marks to make it yet another great TD game for App Store users.

I never expect much when it comes to the backstory in a tower defense game, and Cursed Treasure 2 doesn’t change that expectation. An overall tale of heroes looking to steal all your gems serves only as a backdrop for the gems at the end of each map. Players are scored and rewarded experience on a three-star system that keeps track of whether enemies actually reach the gems and take them out of the field of play. It’s slightly more complex than basic TD titles that penalize players the moment enemies get to the end of the route, but it’s a variance that’s been seen before. 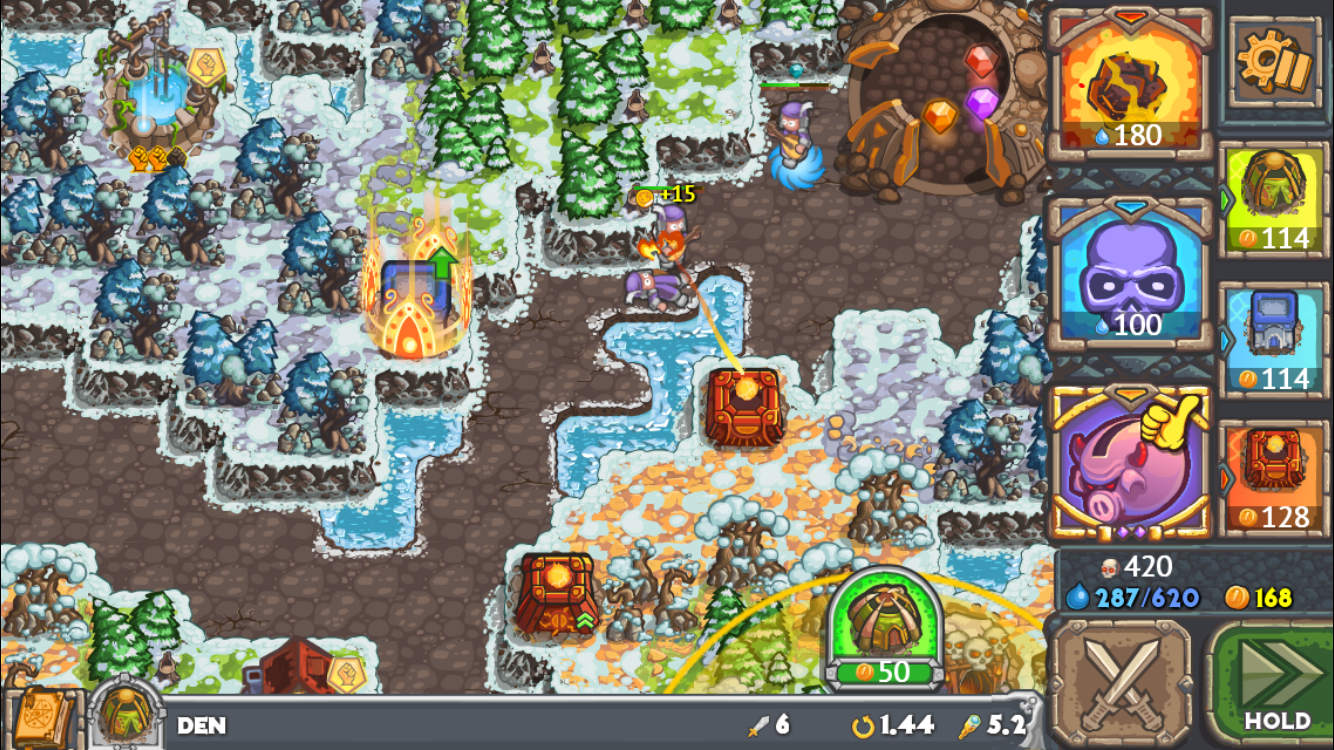 While the fundaments of Cursed Treasure 2 don’t deviate significantly from most TD titles, there are a few cool nuances that make the game feel fresher. Towers enjoy some impressive upgrade depth in-play, forcing players to choose multiple trees for the same tower within the same game. Towers are also a bit more inventive, offering a lot of enemy debuffs like Fear and Slow-down, as well as a variety of different damage causing towers. Cursed 2 also incorporates a mana system with a few spells, as well as premium spells that require skulls (a premium currency that can be bought but is also earned in-game). Downed enemies can also drop various magical scrolls that activate when tapped, letting players save them for the opportune moment. All of these facets combine for a very active TD game that’s far less passive than most titles.

Probably the most interesting thing Cursed Treasure 2 has going for it is the wide variety of prefabricated buildings that can alter the course of gameplay on a map. For example, a map might have a Tavern that constantly throws health replenishing drinks towards enemies or a Town launches additional enemies at you beyond whatever the wave had planned. However, you can invest mana and gold into those buildings to reduce their negative effects, and can even convert them into allies that hurt the baddies instead of helping them. More passive buildings can also improve your mana and gold generation. It offers a significant additional dimension to gameplay as you need to choose whether it’s worth it to allocate resources to these buildings or focus on your towers. 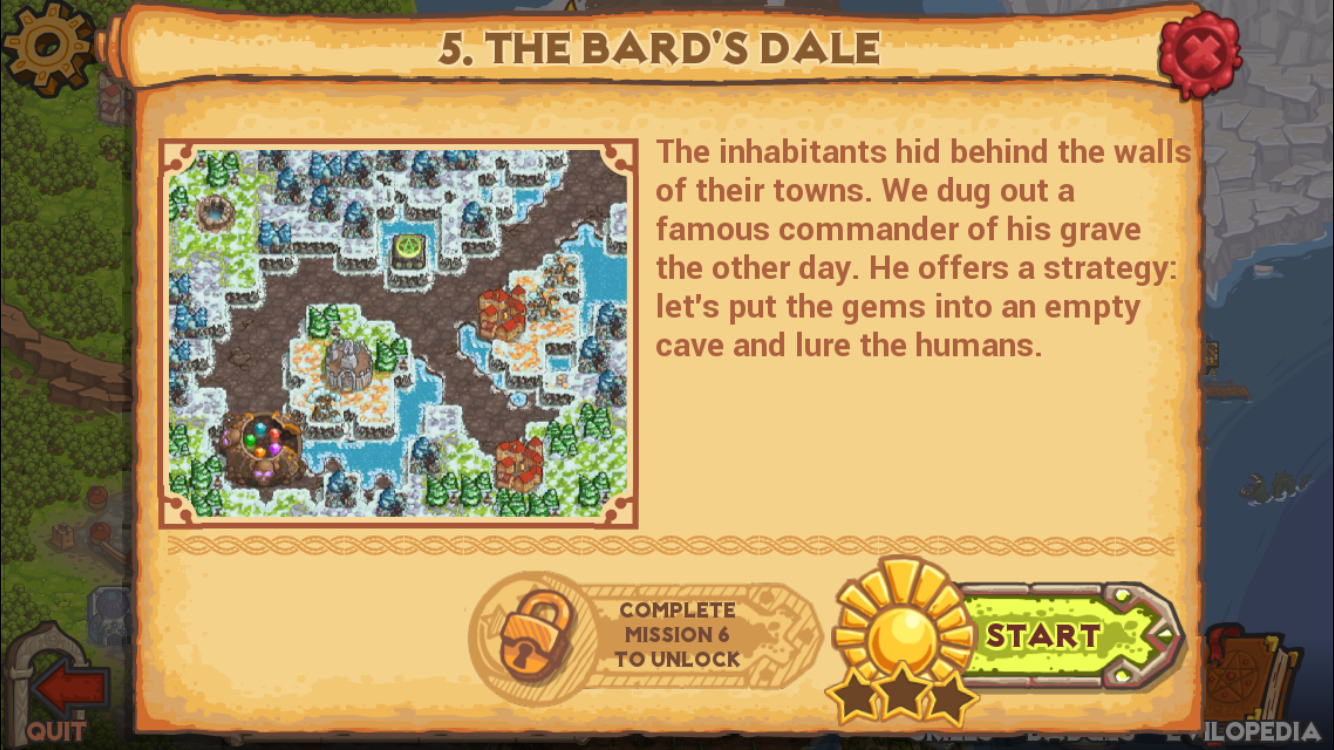 While bosses aren’t a completely new concept to TD, I really like the way they’re implemented in Treasure 2. Bosses are thrown at you every three maps and each have their own quirks and strategies for taking them out. I also enjoyed the relatively deep upgrade system. With 30 different elements available to upgrade (combined with five levels per element) there’s plenty of replayability and opportunity to customize the game to your play style. Optional ‘Night’ missions let you replay maps with the twist that you can only build towers where light is visible (which expands as you build towers in the available lit areas), another cool facet.

It’s hard to say whether Cursed Treasure 2 really offers anything substantially new to the well-established Tower Defense genre. Regardless, it’s implementation of the tried and true fundamentals is so spot-on it’s hard to complain about the lack of novelty. Fans of TD aren’t necessarily looking for a revolution in gameplay — sometimes all that’s needed is a fresh set of paint, incremental improvements, and some lasting, enjoyable gameplay. Cursed Treasure 2 squarely falls in that latter category which makes it worth a pick-up in my view.