Frequent readers of TouchArcade know that I enjoy gamebooks quite a bit. What can I say? I grew up during the rise of Choose Your Own Adventures, when a pocket RPG meant a bunch of words written by Steve Jackson that you had to steal the dice from the family Monopoly set to play. It’s more than just simple nostalgia, though. Call me an old curmudgeon, or maybe just a guy looking out for his livelihood, but I feel like there’s a particular imaginative power to the written word that can’t quite be matched by any other form of expression. That fight with the giant lizard king never turns out quite as awesome in illustrated or animated form as it does in your mind as you read the words off of a page. I’m thrilled that gamebooks have come back with a vengeance on mobiles. It’s a perfect home for them, and allows developers and authors to push their ideas beyond the constraints of a physical media, while still using good old-fashioned words to beam the finest of adventures into your head. 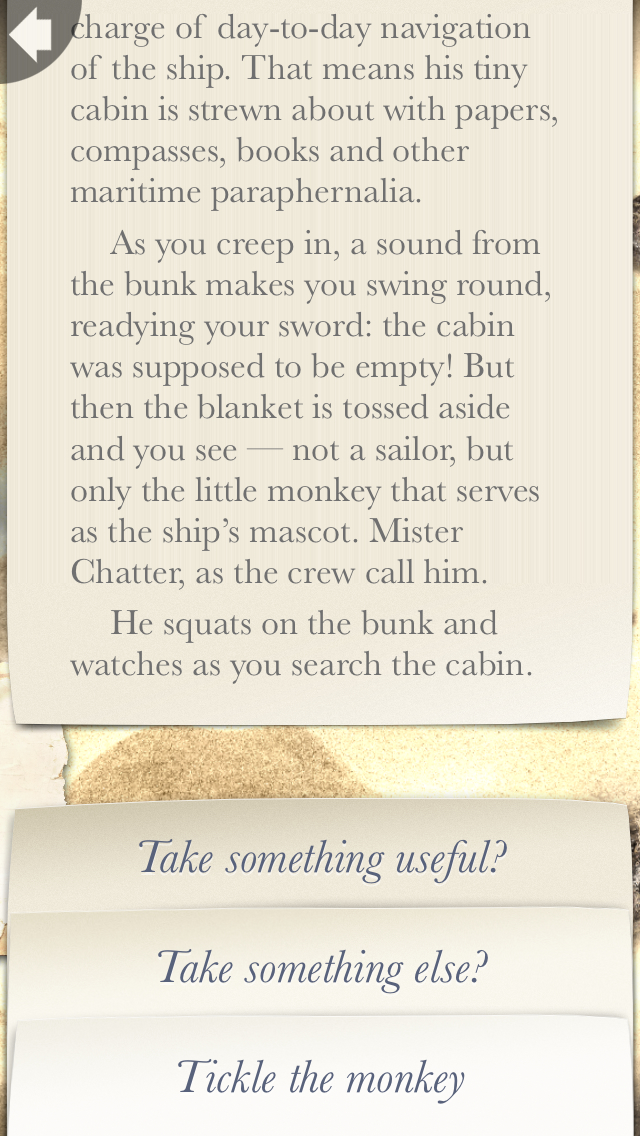 Wow, that’s a fluffy preamble just to introduce the latest release from inkle, the developer behind the fantastic conversions of Sorcery! ($4.99) and the very original 80 Days ($4.99). I think it’s important, though, because more so than any of inkle’s other iOS releases, Down Among The Dead Men ($2.99) truly relies on an appreciation of the strength of well-written prose. This is the least-obviously gamey of all of their books, and coming off of the fresh approach of 80 Days, it’s sure to disappoint some people with its more traditional take on the genre. The game was originally meant to be released a couple of years ago, well before Sorcery!, and it’s a little bit unfortunate that it wasn’t, because it’s a really nice adventure that still boasts some interesting deviations from the typical gamebook conversion. The biggest problem is the shadow it’s sitting in, though it’s worth pointing out that inkle has anticipated this issue and priced the book accordingly.

Based on the original book by Dave Morris, Down Among The Dead Men tells the story of a hapless individual who has been kidnapped from their ship and forced to join the crew of the dread pirate Skarvench. I’m not being vague about the main character out of a sense of mystery, but because you have a choice of many different kinds of characters. You can be a man or a woman, a swashbuckler, a governor’s daughter, a changeling, or any of a number of other character types, both ordinary and bizarre. After making your character, you get to choose your difficulty level in a nicely obscured way. The easiest difficulty will bail you out every time, if you fail, and the various deus ex machina the book employs to do so are fun enough to make this worth the trip even if you don’t usually play easy difficulty settings. The highest difficulty mimics the book, so if you die, you’re finished, with no continues. Finally, there’s a medium difficulty setting that falls between the two, allowing you to die, but with fewer consequences.

Since all of the mechanics of the game are hidden behind the proverbial curtain, this story feels more like a Choose Your Own Adventure than a typical gamebook, for the most part. That said, there are things happening in the background, and you do have a running inventory, health points, and the like. The explanations of the choices are good enough that you can usually get a very good sense of what the consequences of your actions will be, and it’s very rare for a reasonable choice to result in instant death. It took me two tries to find my way to the end without dying anywhere, but I was definitely playing it safe and acting in accordance with my character. 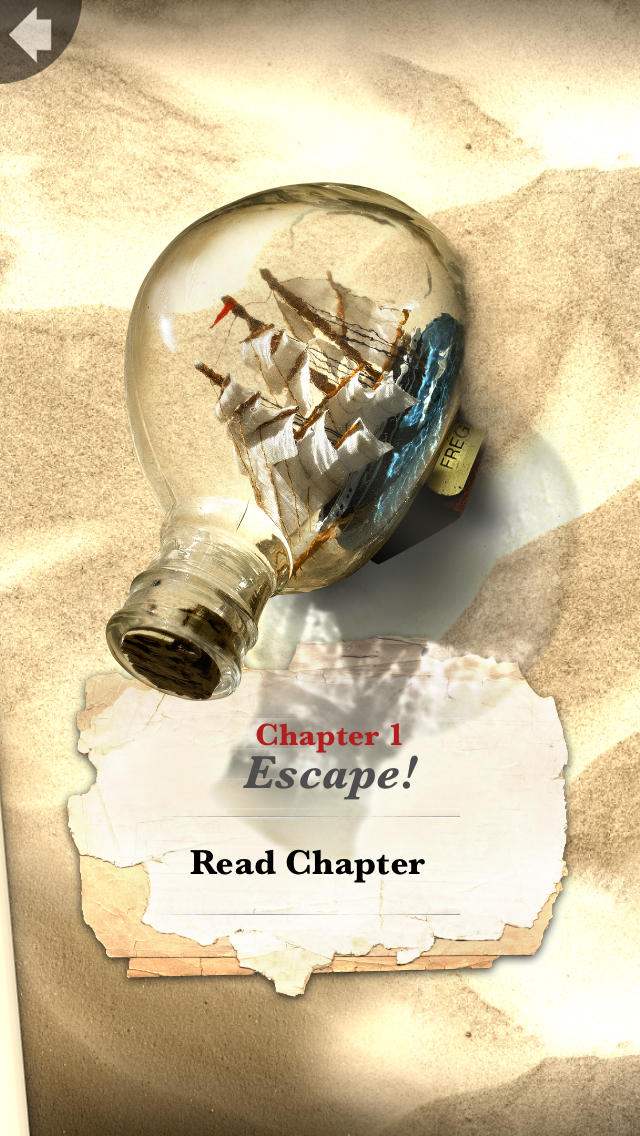 It’s not a very long story, though it does span quite a series of events. You can probably wrap up a complete playthrough in an hour or two, even taking your time. As in most modern gamebooks, there are multiple routes to the ending, and you might want to replay the game to check those out, just for curiosity’s sake. Unfortunately, playing again requires you to reset your progress, as a finished story becomes just that, a short book you can go back and read without break.

While this isn’t as advanced as inkle’s more recent attempts, there are still plenty of their fingerprints all over it. The interface is well-designed and couldn’t be easier to use. The staggering number of choices and the subtle influences they have on the text for the rest of the game are also things I associate with this developer. It never feels like your choices are being shoehorned into text like a Mad-Lib. The writing flows very naturally, like the story was meant to circle around your choices right from the start. For all the little flourishes and magic tricks inkle likes to use, I firmly believe their biggest strength is in the quality of the writing they use in their books. It’s really on a whole other level from their competitors.

I think that’s why I don’t mind that Down Among The Dead Men is a more limited gameplay experience. I’m not sure how much of a game it is, depending on one’s definition, but it’s certainly an enjoyable little thing to curl up with and poke at to see how you can influence the unfolding narrative. It’s a pleasant, well-written short story that takes place in an exciting world of pirates and the high seas, as grounded or as fantastical as you want it to be. No matter which way your choices go, you’re in for a nice evening’s read, and the options are numerous enough that you’ll probably get at least a few such evenings out of this book. At the price it’s being sold at, I think that’s quite a bargain, even if it feels much more like an appetizer than the main courses inkle has served up until now.