The last major competition for the Street League 2014 season is this Sunday, the Super Crown Championship, and that means that the official game of the league True Skate ($1.99) has gotten a new downloadable course and is on a freebie promotion for the next week. The new course is the Super Crown course from last year’s SLS Championship, and like the last two SLS courses that were added to the game it’s a fun level filled with interesting objects to skate and there’s a neat feeling about being able to skate something you’ve seen in real life before (or on TV, at least). Also like the previous DLC courses, the 2013 Super Crown course will run you 99¢ to download. 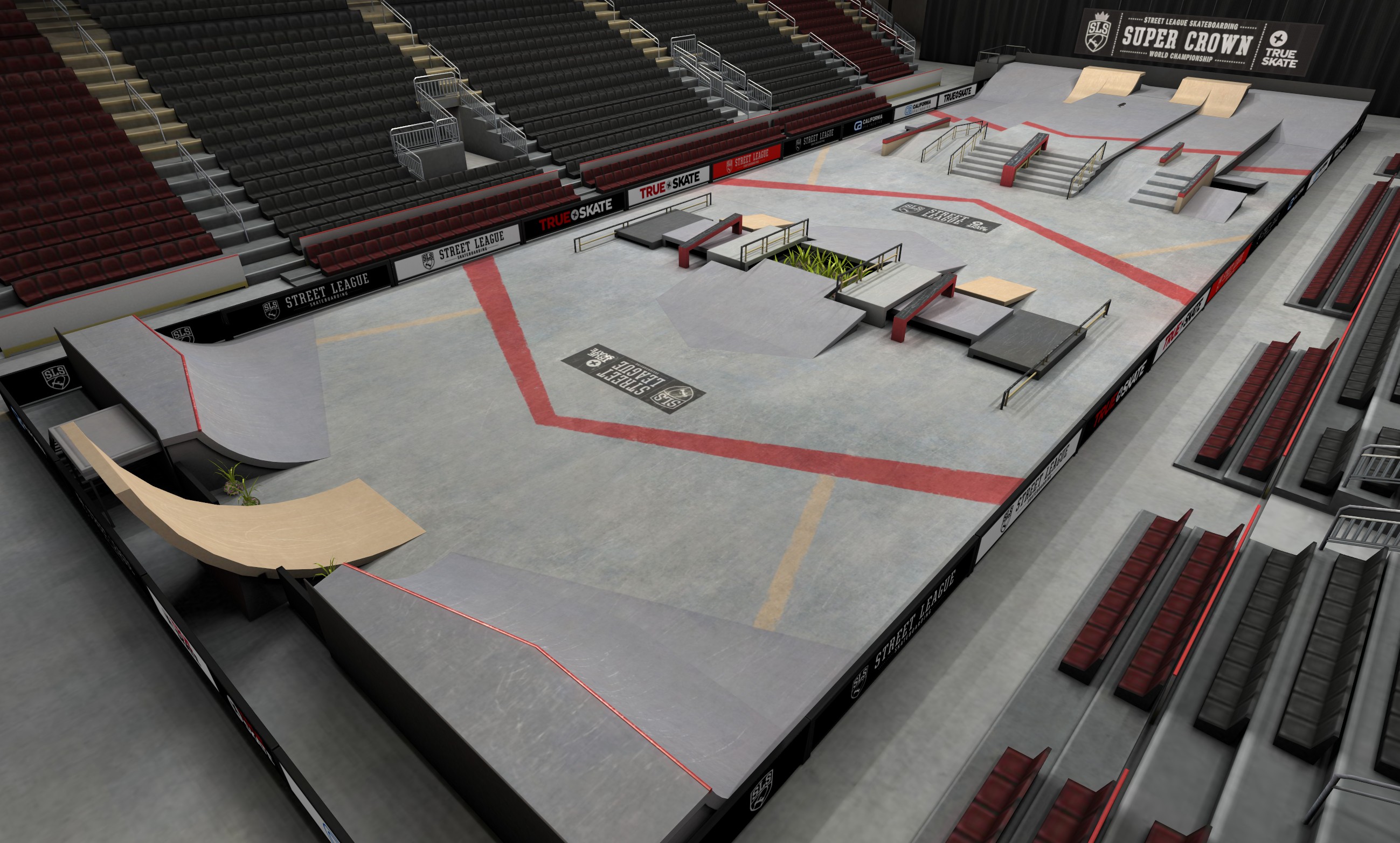 Along with the new course, there’s another major addition to True Skate with this update. It’s Kamcord integration. Kamcord is the service that allows you to take video replays of your feats in a game and then upload them online for others to view. You can also easily browse and watch other peoples’ videos, something that’s sure to be a hit feature in a game like True Skate. Once again True Skate is free for the next week in celebration of the SLS 2014 event taking place this weekend, and with your free download you’ll get the entire “Underpass" level to skate to your heart’s content. Many additional levels are available as 99¢ IAP each.

So if for some reason you still haven’t tried out True Skate, now is the time to do so, and don’t forget to check out the SLS championship this Sunday. You can find out the time and channel in your area right here.