They say bad news comes in threes, and in the world of iOS gaming that apparently means fantastic IP which historically has been responsible for some phenomenal games being relegated to Clash of Clans knockoffs. We saw it last week with the soft launch of Call of Duty: Heroes, The Simpsons: Tapped Out going Clash, and now this week fulfills the prophecy of threes with the worldwide launch of Star Wars: Commander (Free), yet another build a base and attack other bases Clash of Clans-like free to play game.

This does have some vaguely interesting twists to it, namely the ability to align yourself with either the Empire or the Rebel forces and possibly the most ridiculous rating begging screen ever implemented in an iOS game: 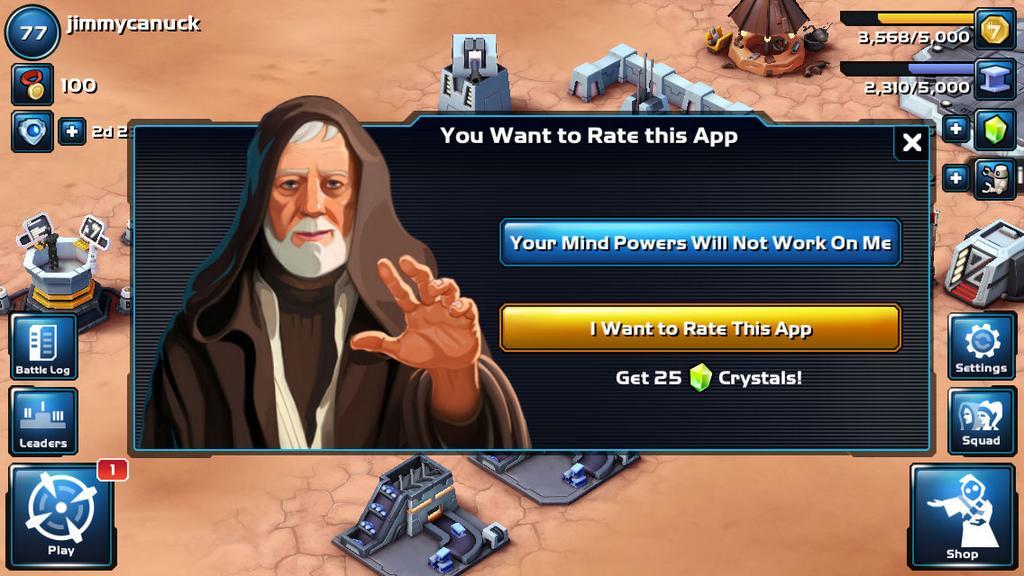 So, you know, if you’re so crazy about Clash of Clans that you need more Clash of Clans but really wish it had a Star Wars theme running on top of it, today is your lucky day. For everyone else, I imagine it’s just sort of depressing seeing the corpse of a brand you love which powered classics like the Jedi Knight and Rogue Squadron series being turned in to the uninspired “me too" Weekend at Bernie’s marionette of multi-currency timer-laden free to play junk that has become so popular on the App Store.